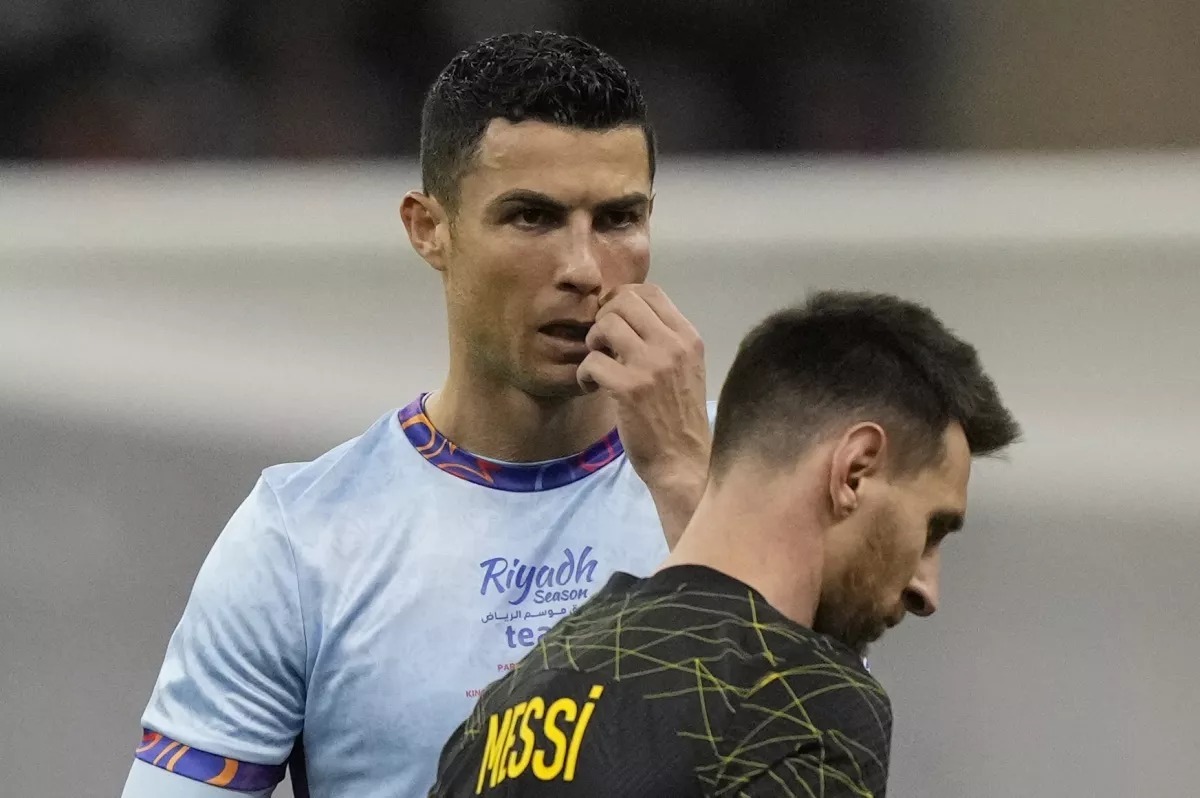 Lionel Messi and Cristiano Ronaldo matched up for likely the final time as PSG traveled to Saudi Arabia to take on the Riyadh All-Stars in a friendly match in the Middle Eastern nation’s capital.

The friendly was part of the state-sponsored Saudi festival known as Riyadh Seasons, and what a show it was, featuring nine total goals, a red card, and endless star power through the 90 minutes of end-to-end action. Both Messi and Ronaldo found the scoresheet, as did Kylian Mbappe, and PSG emerged with a 5-4 victory.

Ronaldo struck twice, once via a penalty and once from open play, while Messi gave teammates Mbappe and Neymar chances from the penalty spot as well. Mbappe deposited his opportunity, but only after Neymar had flubbed his chance to score.

Juan Bernat was sent off in the 39th minute for a last-man foul, leaving PSG down a man for much of the game, but it didn’t matter as both sides took advantage of the exhibition environment to put on a show in front of net.

This match was little more than a showcase event between two star-studded squads featuring two iconic players, but the two teams will hope that good performances can springboard them further into the season’s competitive matches. The attacking talent on both sides really did steal the show.