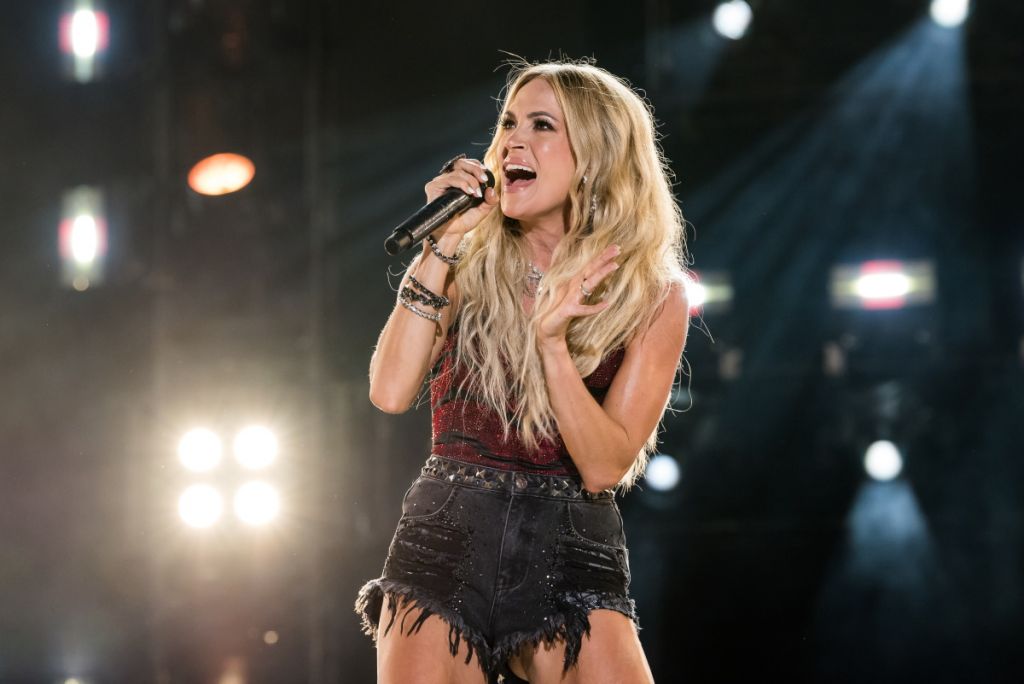 Carrie Underwood proved she’s worthy of a CMA Entertainer of the Year trophy with her show-stopping CMA Fest performance.

The country superstar brought the house down with her .

Fresh off her iconic run in Las Vegas, Underwood dazzled on stage with pristine vocals and high-energy as she worked the stage.

Underwood kept with her Denim & Rhinestones theme around her new album for her outfit, dazzling in a red rhinestone encrusted Akira vest and corset, paired with customized Current Mood black cut off shorts, and over-the-knee black and silver Azelea Wang boots.

The performance was filmed just one day after the release of Underwood’s buzzed-about new album, Denim & Rhinestones, which includes “Ghost Story” and fan-favorite tracks like “Pink Champagne,” “Crazy Angels,” and “Velvet Heartbreak.”

Underwood’s CMA Fest set gave fans a glimpse of what to expect from her much-anticipated Denim & Rhinestones Tour, launching this fall.

The Music Event of Summer, which marked the 49th year of the festival, was hosted by first-time hosts Dierks Bentley and Elle King.

“I think Elle brings so much to the table,” Bentley shared. “Onstage she’s just a riot and also super talented – a great combination of talent with comedic humor. A lot of spontaneous moments between the two of us and just a lot of laughs.”

“I am co-hosting this whole shebang,” King added. “Not only do I get to do it with my buddy Dierks, I also get to see all these incredible performances and be a part of a big party!”

The CMA Fest special aired at 8/7c on Wednesday, Aug. 3 via ABC Network and will stream via Hulu on Thursday (Aug. 4).

Additionally, CMA Fest will return to Nashville in 2023 for its 50th anniversary. The event will take place June 8-11 and tickets are on sale now.