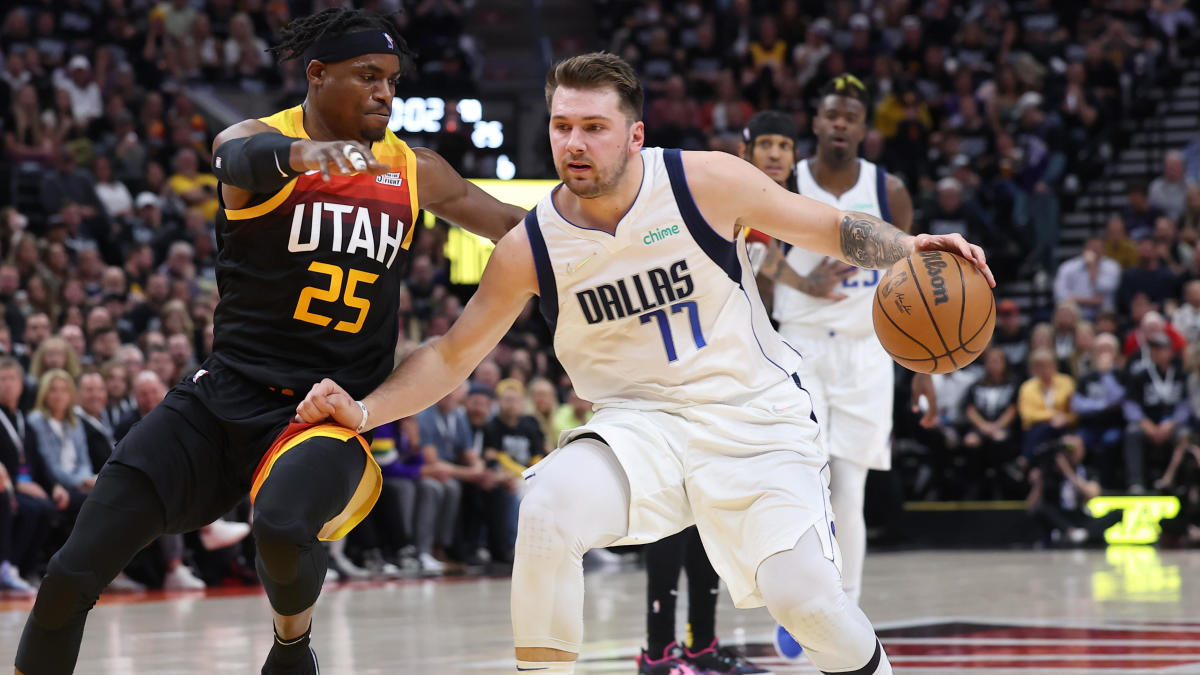 The Dallas Mavericks advance to the Western Conference semifinals after beating the Utah Jazz 98-96 in Game 6 Thursday night. It was a closely contested battle that came down to the final shot as Jazz forward Bojan Bogdanovic missed what would’ve been a game-winning 3-pointer to extend this series.

The Mavericks got a combined 48 points out of Luka Doncic and Jalen Brunson, while Spencer Dinwiddie tacked on 19 points off the bench. The Jazz carried a 10-point lead heading into halftime, but couldn’t finish it off in the second half as Doncic started to catch fire after the break. Donovan Mitchell had 23 points in the loss, while Jordan Clarkson put up 15 points and six rebounds off the bench. The Jazz will head into the offseason, while the Mavericks will now face the top-seeded Phoenix Suns in the second round.

Here are three takeaways from the Dallas’ series-clinching win over Utah.

1. Not about how you start, but how you finish
If you stopped watching this game at halftime you would probably assume that Utah held on to win this game based on how Dallas was playing. The Mavericks shot just 38.6 percent from the field, and an even worse 16.7 percent from deep. Doncic was held to just nine points on 3 of 8 from the field, and the Mavericks couldn’t buy a shot from practically anywhere on the floor.

Meanwhile, after a similarly slow start in the first quarter, the Jazz began to figure things out in the second quarter and took advantage of mismatches on offense and attack the rim. Utah was smart in hunting Doncic on offense, which resulted in several easy buckets around the rim. At the half, the Jazz held a 12-point lead and despite the injury concerns leading up to this game, Mitchell looked like he was unbothered by those quad bruises.

And then the third quarter started. Just for some context, Doncic ranks sixth in the league in points scored in the third quarter this season (8.3), and in the playoffs this year, he’s been even better, averaging 12 points in the third quarter, which is first in the league. So it’s not surprising that 10 of Doncic’s 24 points came in the 12 minutes following halftime, which helped Dallas erase a 12-point deficit and carry a five-point lead entering the fourth quarter.

It wasn’t just Doncic who came alive in the third quarter. After Dallas shot an abysmal 16.7 percent from deep in the first half, the Mavericks caught fire and went 8 of 12 from 3-point territory. Big shots from Dinwiddie and Bullock helped turn the tide for Dallas, and while the Jazz did a great job of keeping the pressure on, the Mavericks managed to do enough down the stretch to win the game.

2. Missed opportunities will haunt the Jazz
The Jazz probably should’ve won this game. In fact, the Mavericks did pretty much everything in their power to throw this game away, but Utah still couldn’t capitalize. Between poor shot selection from Doncic, Brunson splitting two pivotal free throws and tough defense from the Jazz, the Mavericks could never really close out the game after leading by four points with three minutes left.

But every time Utah had an opportunity to close the lead or go ahead, the Jazz just couldn’t break through that wall. The two biggest slip-ups came in the final five seconds of the game. The first came after a missed Doncic jump shot with Dallas up by one point. The Jazz were getting out in transition and had an opportunity to take the lead and potentially win the game. But a costly travel call on Conley completely diffused that opportunity.

Then on the final play of the game, Utah caught Dallas off guard with its great after-timeout play, leaving Bojan Bogdanovic wide open on the wing. He had what felt like forever to get a completely clean look off but couldn’t get the shot to fall.

While teams don’t like to harp on singular plays that could’ve swung the game, those two instances feel like the exception. If Conley hadn’t traveled and passed it to any number of Jazz players who were flashing toward the basket, Utah would’ve been in the driver’s seat with the pressure on Dallas.

Instead, Utah will head into the offseason facing a number of questions about the future of the franchise. There’s been rumors about possible trade interest for big man Rudy Gobert, and it has been reported that coach Quin Snyder could take a coaching position elsewhere if he feels he’s taken this team as far as it can go. It’ll certainly be an interesting offseason for a Utah team that many thought would make it out of the first round of the playoffs at the start of the season.

The Suns will rightfully be favored in this series against the Mavericks, but after Phoenix went to six games against a scrappy eight seed in the New Orleans Pelicans, Dallas can at least study what the Pelicans did to make that series competitive. It’ll be a really tall order for Dallas, especially since the Suns have two more-than-capable defenders in Mikal Bridges and Jae Crowder who can check Doncic, but this series has some potential to be exciting. We’ll get some of the best young players in the league going head-to-head in Doncic, Brunson, Devin Booker and DeAndre Ayton, in addition to the ageless Chris Paul. Both teams will have plenty of time to rest up with the first game of that series taking place on Monday in Phoenix.