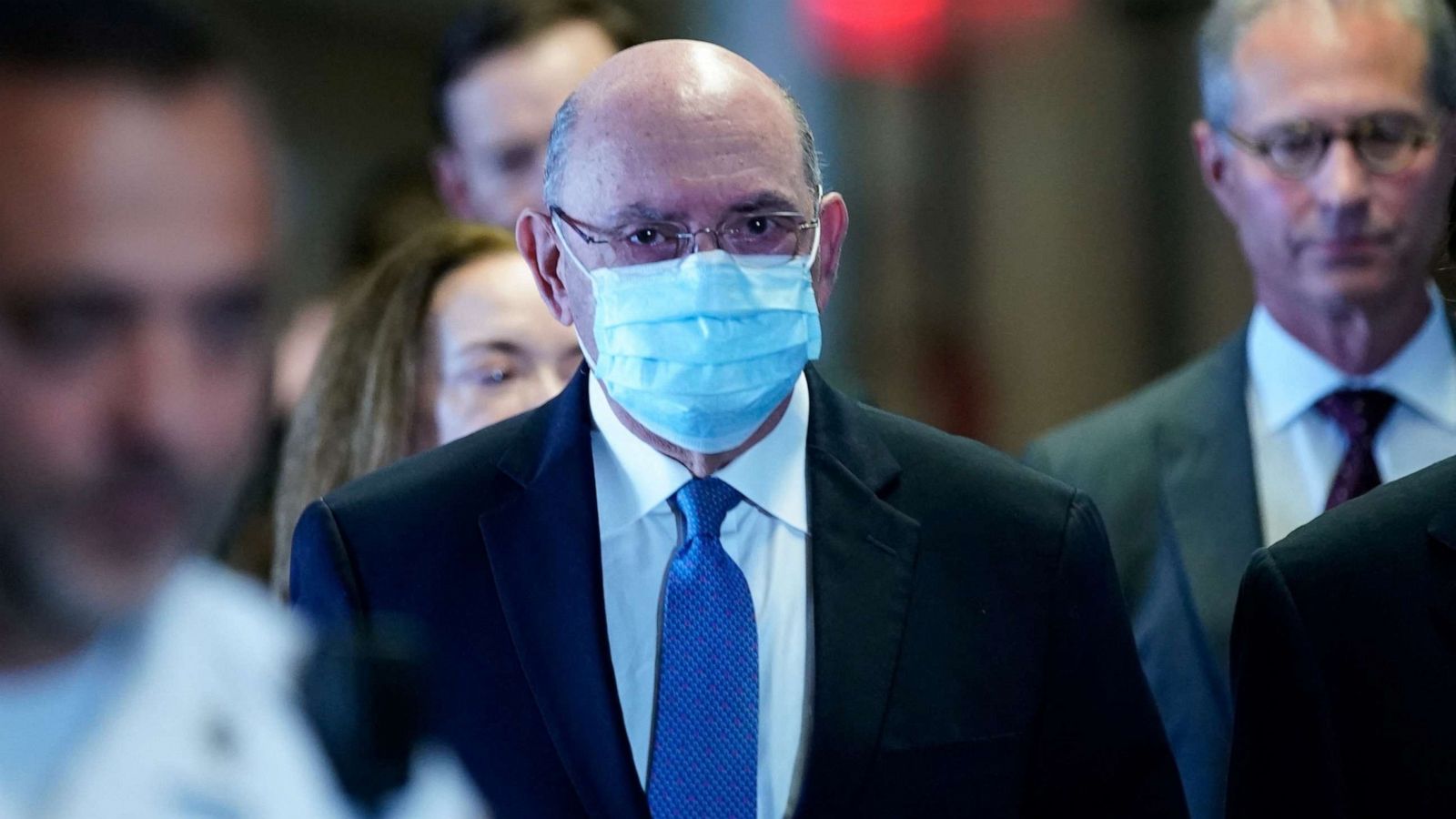 Allen Weisselberg, who for decades was one of Donald Trump’s most trusted and loyal employees as chief financial officer of the Trump family business, pleaded guilty on Thursday to 15 counts ranging from grand larceny to tax fraud to falsifying business records, becoming the latest person close to the 45th president to plead guilty or be convicted at trial of of a felony.

Weisselberg changed his 2021 plea of not guilty to guilty in state court in lower Manhattan. Under an agreement made with prosecutors and detailed in court, Weisselberg will serve five months in prison and receive five years probation, in exchange for testifying at the trial of his former co-defendant and longtime employer, the Trump Organization. He agreed to pay $1.9 million in back taxes, interest, and penalties, to New York State and New York City.

Weisselberg’s demeanor was calm as the judge ran him through the details of his guilty plea, saying little else besides, “Yes, your honor,” and, “No, your honor.” He wore a dark suit and a surgical face mask, and was flanked by his lawyers.

Afterward, Weisselberg’s attorney Nicholas Gravante emailed a statement saying his client had made a difficult decision. “Rather than risk the possibility of 15 years in prison, he has agreed to serve 100 days. We are glad to have this behind him.” (He clarified that he expects Weisselberg to ultimately serve less time in jail than five months.)

Weisselberg will be formally sentenced after the trial of the Trump Organization, scheduled for this fall. Judge Juan Merchan warned Weisselberg that if he does not truthfully testify at the trial, the plea agreement will be voided, and he could face years in prison.

Weisselberg, who turns 75 this month, was charged in 2021 with conspiring with his employer, the Trump Organization, to evade taxes by concealing his income through off-the-books benefits such as a luxury apartment, private school, tuition, and lease expenses for two Mercedes-Benzes. According to the Manhattan District Attorney, the scheme deprived the federal, state, and New York City governments of taxes due on millions of dollars in non-cash income.

The tax evasion scheme stretched over 16 years, from Donald Trump’s early seasons as host of The Apprentice through his entire time in the White House, and into his first year as a former president.

While Donald Trump himself was not charged, the scheme benefited his family business by allowing the Trump Organization to avoid payroll taxes. In addition, prosecutors said the Trump Organization deducted Weisselberg’s undeclared non-cash benefits from his paychecks, keeping a detailed leger of rent, utilities, and other living expenses covered by the company. The indictment says Donald Trump personally wrote checks for private school tuition for Weisselberg’s relatives, drawing on his own private bank account.

The Trump Organization remains a defendant, charged with 14 felonies including conspiracy, grand larceny, and fraud. Last week, the judge in the case scheduled jury selection to begin Oct. 24. If convicted at trial, Trump’s company could face steep financial penalties.

At one time, it appeared that the criminal case could extend to Donald Trump himself. Last fall, then-Manhattan District Attorney Cyrus Vance, Jr., convened a grand jury which examined evidence of Trump’s role in the scheme. But Vance retired, and in January, a newly-elected D.A., Alvin Bragg, was sworn in. Two senior prosecutors quickly quit the case, after Bragg “reached the decision not to go forward with the grand jury presentation and not to seek criminal charges at the present time,” according to the resignation letter of one of the prosecutors, Mark Pomerantz. In April, Bragg allowed the grand jury to lapse, without bringing any new indictments. That month, Bragg insisted that his investigation of Trump and the Trump business was still active.

In pleading guilty, Weisselberg joins a long list of people in Trump’s orbit to plead guilty to, or be convicted at trial, of a serious crime. Others have included Trump’s former personal attorney, Michael Cohen, his former campaign chairman, Paul Manafort (who was pardoned by Trump in 2020), political operative Roger Stone (also pardoned in 2020), and former National Security Advisor Michael Flynn (also pardoned in 2020.) In July, a District of Columbia jury convicted former Trump advisor Steve Bannon of contempt of Congress.

Weisselberg’s connection to Trump is deeper, and in some ways more significant than any of the others. He has been privy to Trump family finances since 1973, when he joined the Trump Organization, which was then led by Fred Trump, Donald Trump’s father. At the time, the business was centered around middle class housing in the outer boroughs of New York City. As Donald Trump transformed the enterprise to focus on casinos, hotels, and golf clubs, Weisselberg rose from accountant to comptroller to chief financial officer. He stepped aside as CFO in 2021, and took on the role of senior strategic advisor to the firm.

Weisselberg avoided the media spotlight until the spotlight found him, when his publicity-loving boss entered politics. In 2018, an audio recording was leaked, in which then-candidate Trump and Michael Cohen discussed how to buy the silence of Karen McDougal, a woman who claimed she had had an affair with Trump. Cohen suggested setting up a company to buy McDougal’s story.

“I’ve spoken to Allen Weisselberg about how to set the whole thing up,” Cohen told Trump on the recording.