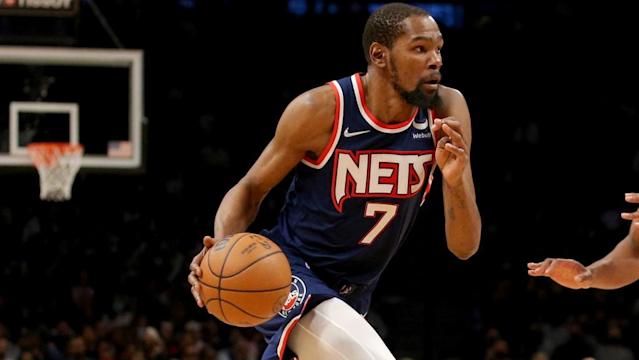 Kevin Durant and the Brooklyn Nets are beat the New York Knicks 112-110 on Tuesday at Barclays Center, and during the game the 2014 MVP had a sensational move.

Durant had a crossover that sent All-Star Julius Randle to the ground.

The Nets are the number one seed in the Eastern Conference with a 15-6 record in their first 21 games after defeating the Knicks.

As for the Knicks, they are coming off of a season where they made the playoffs for the first time since the 2012-13 NBA season.