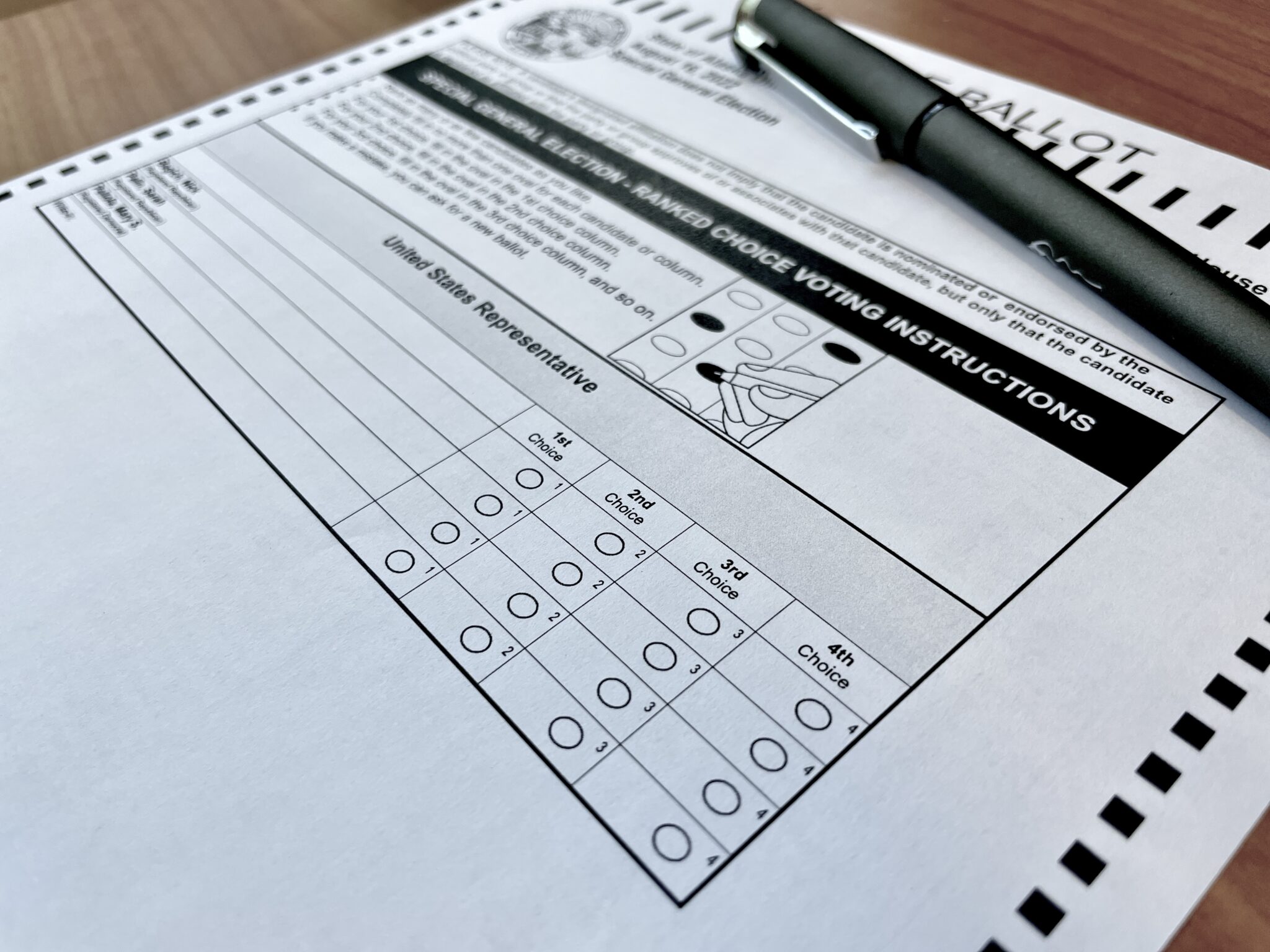 Alaska Lt. Gov. Nancy Dahlstrom has certified an application for a petition that, if successful, would get rid of the state’s ranked choice voting system and non-partisan primary.

Sponsor Art Mathias wants to go back to the traditional election, where a candidate from each officially recognized party has a spot on the general election ballot in each race.

He said the new system forced candidates to hold their tongues, to avoid rankling the supporters of their opponents.

“It was the primary season that lasted the entire election cycle,” he said. “Just dirty nastiness the entire time. And no honest exchange of ideas.”

Alaska voters adopted the new voting system in 2020 and used it for the first time in 2022. Proponents of ranked choice voting and the non-partisan primary say the new system tends to produce consensus candidates as it curbs extremism on the left and right. Fans say it encourages civil discourse and gives candidates an incentive to appeal beyond their base of voters.

Mathias’s group, Alaskans for Honest Elections, is now waiting for its petition booklets and then will have a year to collect nearly 27,000 signatures to put the measure on the ballot in 2024. The group plans to launch its campaign with an event on Feb. 16.

Tshibaka lost her campaign to oust moderate Republican U.S. Sen. Lisa Murkowski in November. Tshibaka is popular with Alaska’s Republican base and strictly speaking, it wasn’t ranked choice that cost her the election. Murkowski finished first on first-choice votes, before any second- or third-rankings were tallied.

Tshibaka, though, stood a better chance of winning if she’d had an opportunity to knock Murkowski out in a traditional Republican primary. Instead, with Alaska’s new top-four primary, they both advanced.

In November, with help from moderates, Democrats and nonpartisans, Murkowski won 2,000 more first-choice ballots than Tshibaka. Once the rankings were counted, Murkowski lead grew to nearly 19,000.