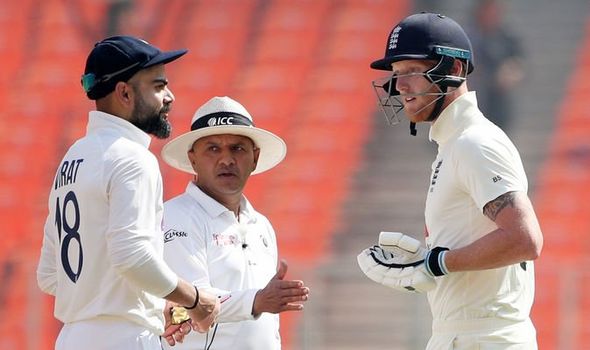 According to former England spinner Graeme Swann, Ben Stokes would like Virat Kohli to captain India in the upcoming Edgbaston Test, as it could be a measuring stick for the all-rounder’s captaincy and team.

Ahead of the one-off test match at Edgbaston between India and England, spinner bowler Graeme Swann reckoned that Virat Kohli being captain once again would be something England captain Ben Stokes would welcome. It could be a measuring stick for the all-rounder’s captaincy. Talks about captaincy have arisen following Rohit Sharma testing positive for COVID on Saturday. Pacer Jasprit Bumrah is the designated vice-captain of the team. The team has also called up Mayank Agarwal to be a backup if Sharma cannot recover in time for the game.

In a recent interview, Swann said, “You could say why not let Virat Kohli finish off the things he started and could have a final hoorah. Whether Virat would want to do that, I don’t know whether India would do that. I don’t think England will mind if you think about Ben Stokes.”

“He [Stokes] would quite like Virat Kohli to be captain, as then, he could directly compare to how Joe Root’s team played against Virat’s Indian team. England won’t be worried too much about who would be India’s captain. It would be looking for how it could put as much pressure on the Indian batters. The only way to beat India is to bowl them out,” added Swann, reports IANS.

“But, what do you do with the rest of the bowling line-up? You are spoilt for choice as [Ravindra] Jadeja can play as an out-and-out batsman. So, I think, definitely Ashwin [at Edgbaston],” concluded Swann in a virtual conference organised by Sony Sports.