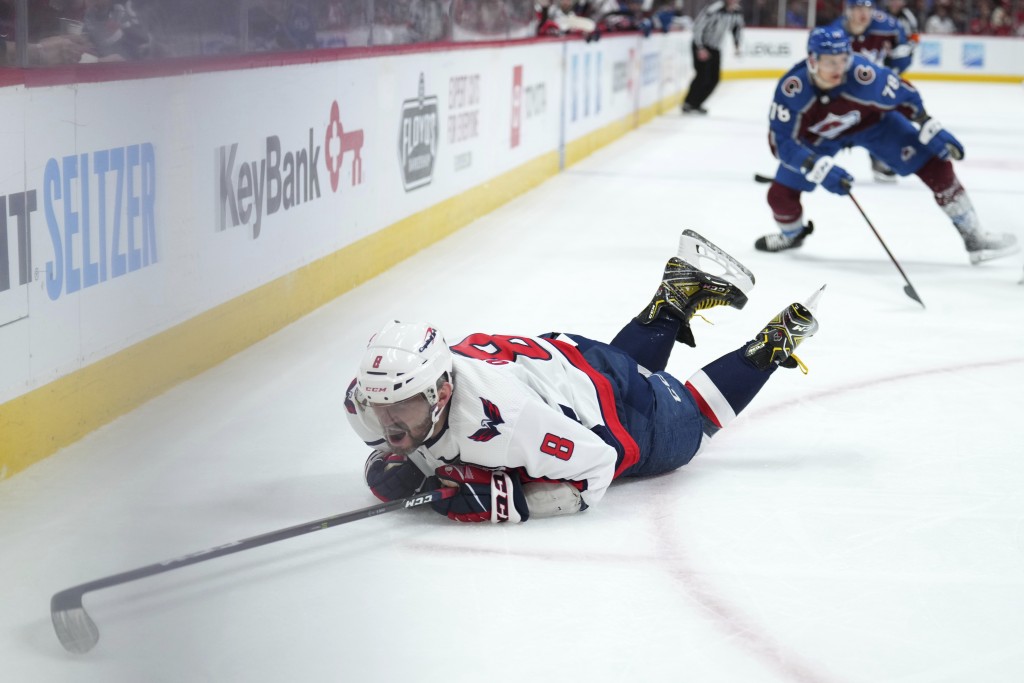 Alex Ovechkin and Garnet Hathaway also added goals for a Washington team that clinched an Eastern Conference playoff spot the night before, courtesy of Toronto beating the New York Islanders. The Capitals have qualified for the postseason in eight straight seasons. It’s the second-longest active streak behind Pittsburgh (16).

“This is the way we want to play. It’s going to be like this in the playoffs,” Johansson said. “It was a fun atmosphere out there tonight.”

Valeri Nichushkin and Artturi Lehkonen had goals for the Avalanche, who lead the NHL with 116 points. They’re two shy of matching the team mark set by the 2000-01 Colorado squad that won the Stanley Cup.

“I liked our competitiveness. I didn’t like our execution,” Avalanche coach Jared Bednar said. “We didn’t have the puck enough in my opinion. We didn’t get on the attack enough, but it was a hard-fought game. Some of those games, you’ve got to just grind through it. They’re checking you hard. They’re not giving you a lot of space. They had really good sticks and you’ve got to just find a way to get enough to win. That’s where that game was going.

Lehkonen tied the game at 2 with 11:47 left when he pushed the puck and Samsonov’s pad into the net. The Capitals challenged for goaltender interference but the call stood.

Moments later, Conor Sheary took advantage of a Colorado turnover by delivering a pass around a sliding Jack Johnson to Johansson, who fired the puck over the glove of Kuemper.

“I thought our guys were really good,” Capitals coach Peter Laviolette said. “That was a good game, a playoff-type game. It was fast. It was physical. It was tight. Lots of good things out there.”

Ovechkin not only drew the penalty that set up a power-play chance in the second period, but scored the goal to give the Capitals a 2-1 lead. Shortly after being tripped by Nico Sturm, the 36-year-old Ovechkin worked himself in front of the net and knocked in the puck.

An assist on Nichushkin’s first-period goal gave Cale Makar 83 points for the season, which broke the franchise record for an Avalanche/Nordiques defenseman. He entered the game tied with Steve Duchesne, who posted 82 points for Quebec in 1992-93.

“It’s not something that I think about too much,” Makar said. “This one, obviously, I’m very honored to just get to that mark.”

Colorado’s winning streak was its second of nine games or more this season. The Avalanche won 10 straight from Jan. 14-30.

This marks the first time in Avalanche history the team has reeled off two winning streaks of nine or more games in the same season.

Colorado defensemen Erik Johnson and Devon Toews, along with forward Andrew Cogliano, were given the night off. Bednar said all three would’ve been available if there was anything riding on the game. … Colorado captain Gabriel Landeskog (knee surgery) will skate on his own while the team is away on its road trip. The plan will be to soon have him join the squad in a non-contact capacity. … Avalanche forward Nazem Kadri (upper body) is nearing a return.

When he was with Washington, Colorado forward Andre Burakovsky studied and studied Ovechkin’s powerful and accurate shot.

“It’s hard to learn much from him because it feels like every time he shoots he beats the goalie,” Burakovsky cracked. “I do have a good wrist shot, I think, but his shot is on another level.”