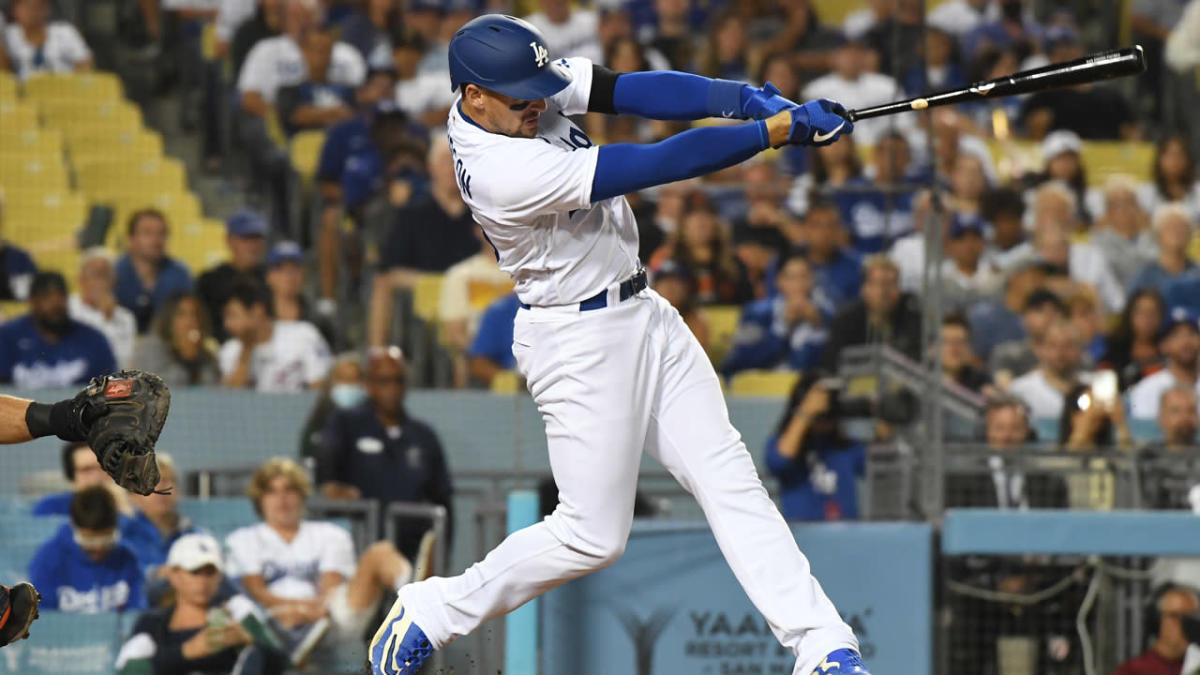 Klay Thompson is a proud big brother, always supporting Trayce during each stop of his MLB career, and on Sunday, the Warriors’ star was in the building at Dodger Stadium for the series finale between the Giants and the Los Angeles Dodgers.

Klay had a front-row seat behind the Giants’ dugout and was having a great time, even chugging a beer for his Instagram account.

In the bottom of the seventh, Trayce gave Klay a reason to get out of his seat and celebrate, doubling to the wall in right center to drive in Max Muncy. The hit extended the Dodgers’ lead to 7-4.

Klay immediately began jumping up and down, high fiving anyone and everyone close to him.

Klay has been paying close attention to the Giants-Dodgers series, tweeting after Trayce’s RBI triple on Thursday night.

No doubt Klay will be the first person to congratulate Trayce after the game.