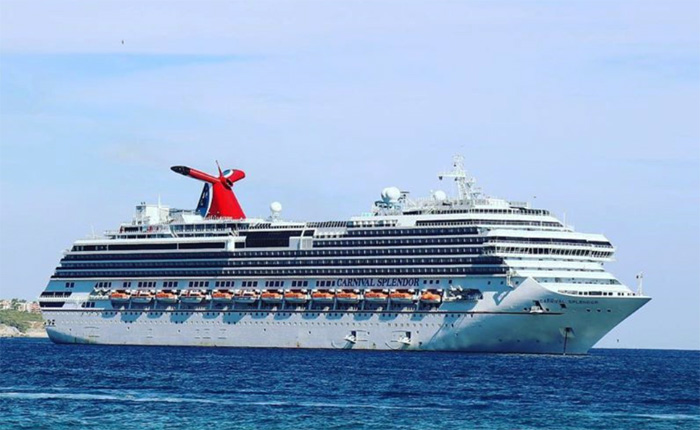 Dark, black smoke was billowing out of the massive funnel wings of the Carnival Freedom as it was docked in Grand Turk.

The cause of the fire has not been made public and might take some time to figure out.

The Carnival Freedom, home-ported at Port Canaveral and left on Monday for a cruise down to the Caribbean.

Many of the passengers were onshore when the fire broke out, but one passenger on board said they were asked to put lifejackets on and assemble at muster stations.

Right across a narrow pier at Grand Turk is Carnival’s sister ship, the Mardi Gras.

That’s where Jeremy Faulkner took a video of the fire Thursday morning when he saw the heavy smoke from his ship’s dining room.

“We saw debris falling too, so I was kind of scared that something might hit our ship and something might happen over here. Thankfully, all the crew members were keeping everybody calm and the chaos from spreading, but I was one of the first to see it, so it was pretty crazy,” Faulkner said.

No evacuations were ordered, and the passenger said he believed the situation was under control.

Another video shows a different perspective of the flaming cruise ship.

“That is wild! The workers ain’t worried though. They’re just standing there,” one man is heard saying on the video.

No passengers nor crew were injured. The fire was extinguished by the ship’s emergency response team.

Cruising expert, Stewart Chiron, has been on nearly 300 cruises and emphasizes safety briefings and procedures.

“This way people know exactly where to go in the event of an emergency, what to do, and they have announcements that direct passengers as to what’s going on and where to go. This is exactly why, but it’s so extraordinarily rare,” Chiron said.

In video sent to WESH, black smoke is seen streaming from the ship out to the sea while debris was falling, some of it landing on a lifeboat.

Faulkner could see the damage to the funnel and wings once the fire was put out.

“Some of the wing, most of it has fallen off on one side and on the other side you can see it charred up. It’s just crazy,” Faulkner said.