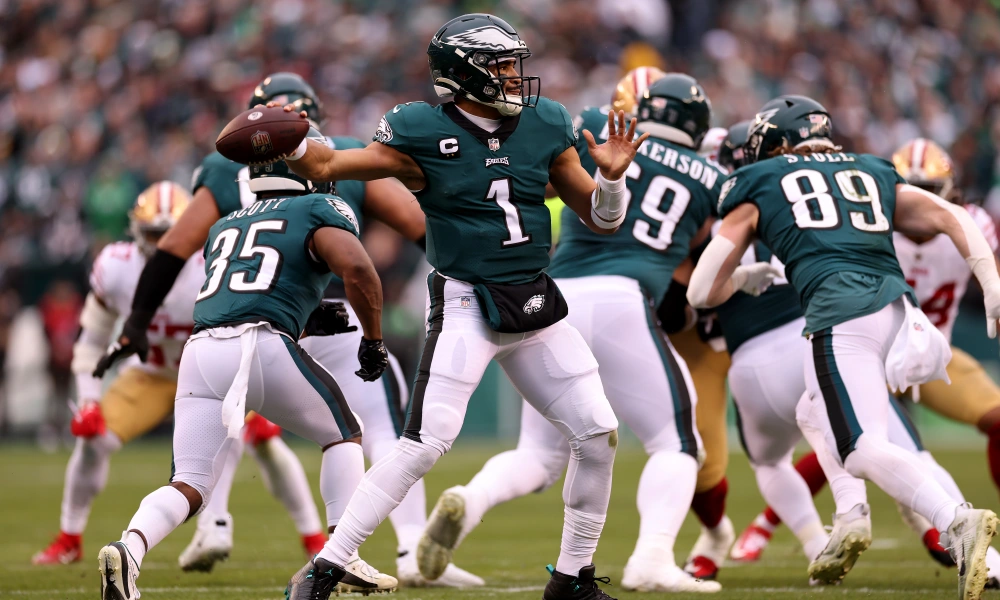 Super Bowl LVll is set and it’ll have several significant storylines after the Chiefs defeated the Bengals 23-20 in the AFC Championship Game.

Legendary head coach Andy Reid will face his former team, while Jason and Travis Kelce will make the first siblings to face each other in the Super Bowl.

Hundreds of fans showed up to the ticketed event for their final chance to hear from their favorite team in person before the big game.

“If you’re going to Arizona, be loud like you always are. Go Birds!” head coach Nick Sirianni told the crowd. He was joined on stage by stars including Jason Kelce, Lane Johnson, and Jalen Hurts.

Fans feel confident in their chances to win it all.

“It’s destiny. Just think, five years ago yesterday we won our first Super Bowl. Five ago today they came back and I was over at NovaCare welcoming them back and today I’m here,” said Noreen Caden from Prospect Park.

Fans who attended the pep rally spent their Sunday morning screaming Eagles chants and watching performances from the cheerleaders and drumline before the team took the stage.

Fans of all ages say they wanted to show the team just how much they care and how confident they are.

“Because I like seeing them get touchdowns and seeing them win,” said 9-year-old Charlotte Sassani from Marlton.

In last season’s matchup, Reid returned to Philadelphia and earned his 100th career win with the Chiefs, becoming the first coach in NFL history to win 100 games with two teams.

Reid’s 140 victories with the Eagles are the most in franchise history.

The 2021 matchup was also a coming-out party for Jalen Hurts who threw for a career-high 387 yards and two touchdowns but Philadelphia (1-3) couldn’t keep up with Kansas City’s high-powered offense.