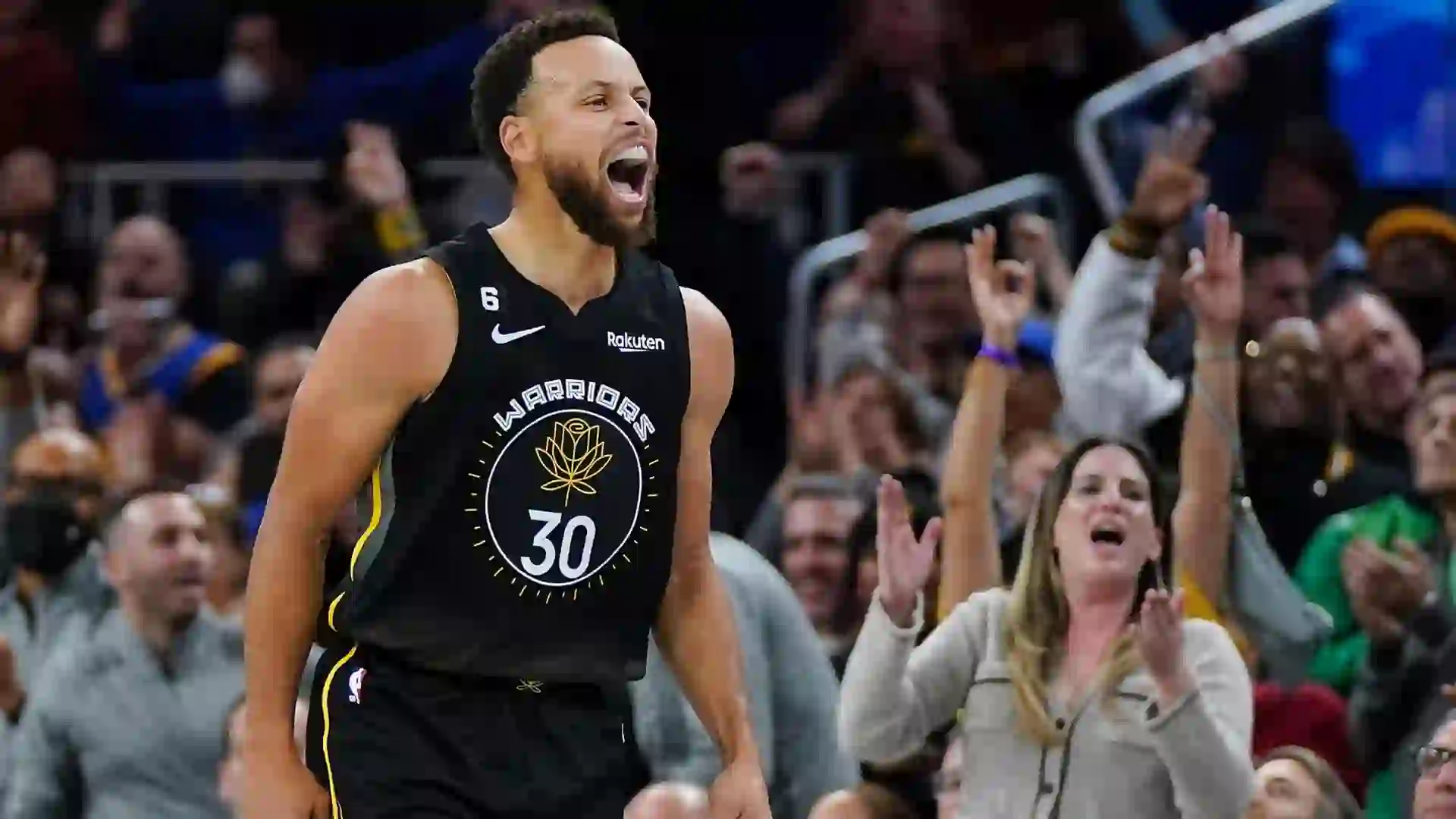 As Stephen Curry approaches his mid-30s, Steve Kerr marvels at the superstar’s fitness and his ability to continue to take over games.

“You run out of adjectives to describe Steph’s play,” Golden State’s coach said.

Curry hit a tying 3-pointer with 1:18 to play, a go-ahead layup moments later off a perfect, long pass by Kevon Looney, then one more dagger 3 on the way to 40 points, rallying the Warriors past the Cleveland Cavaliers 106-101 on Friday night.

Donovan Mitchell had 29 points, 10 rebounds and nine assists for Cleveland, but went down hard grabbing at his right ankle in the waning moments. He got up and hit a pair of free throws with 12.4 seconds left.

Curry extended his NBA record to 200 straight regular-season games with at least one 3-pointer and shot 6 of 11 from deep.

“He’s just amazing night after night. He’s in such great shape,” Kerr said. “If there’s one area that he’s dramatically better now than when I first got here eight years ago it’s just his strength and conditioning.”

“He’s much bigger and stronger, much more capable of defending at a really high level and sustaining two-way basketball for an entire game and just knocking down shots from all over and finishing at the rim. He’s unbelievable,” he said.

Andrew Wiggins’ short jumper with 8:48 remaining tied the game and Looney’s layup the next time down put the Warriors ahead. Wiggins delivered a big dunk with 6:06 to play and finished with 20 points.

“I feel like we had a great game plan going up until the last three minutes, we didn’t execute it the way we wanted to,” Cleveland’s Caris LeVert said. “When you’re playing the Warriors you want other guys to beat you but I think Steph had eight, nine points down the stretch in the last in the last 2-3 minutes. So we obviously can’t let that happen.”

Golden State’s Draymond Green had 13 assists and 10 rebounds with two points. He was hit with a technical shortly before halftime and Kerr also received a T.

Jordan Poole came off the bench to score 18 points for Golden State, which is still trying to find the right combinations to get in sync consistently.

“I think it was our best defensive game,” Green said. “I think we were all locked in on that side of the ball.”

“They break you down and they break your back with points in the paint,” he said. “As long as they’ve been on this run, I know there’s this huge fear of the 3-point shot but they kill you with layups.”

Cavaliers: Former Warriors top assistant Luke Walton returned as a Cavs assistant to face his former franchise. He spent time catching up with Warriors coaches and executives before the game. Cleveland hasn’t beaten the Warriors in the regular season since a 109-108 victory on Dec. 25, 2016.

Warriors: Curry’s 3-point streak dates to Dec. 1, 2018, at Detroit. G Donte DiVincenzo returned from a 10-game absence with a strained left hamstring that he hurt Oct. 23 against Sacramento. DiVincenzo played 16 minutes. Golden State is 5-1 at home and 2-0 vs. the Eastern Conference. … The Warriors have won the last 11 in the series — their longest active streak against any opponent — and eight straight at home. Including playoff meetings, Golden State has won 19 of the last 20.

Cavaliers: Host the Timberwolves on Sunday.

Warriors: At Kings on Sunday for the second matchup between the Northern California rivals in seven days. The Warriors have won the last seven vs. Sacramento, two in a row on the road.