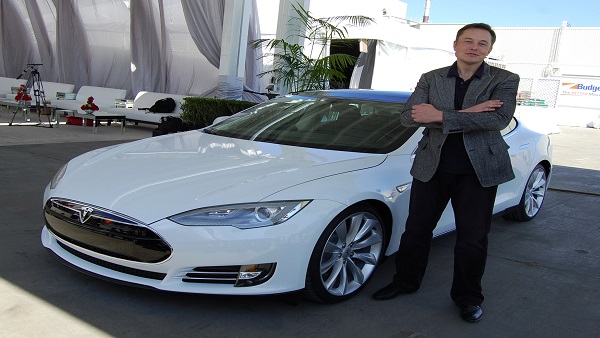 Elon Musk’s Tesla touched a new milestone on Monday, breaching the $1 trillion market capitalisation mark, as the stock price soared 12.66% on the back of a massive order from car-rental behemoth Hertz. With this surge in market cap, Tesla is more valuable than the top 5 BSE listed companies combined. Along with the rise of Tesla Inc share price, Elon Musk’s net worth has also soared by a massive $36 billion, according to Bloomberg Billionaires Index, extending his lead as the world’s richest person ahead of Amazon’s Jeff Bezos.

Since the end of May this year, Tesla’s share price has zoomed a massive 64%. Hitting a 52-week high of $1,045 per share on Monday. The current up-move in the stock came after Hertz Global Holdings handed Tesla its biggest ever order of 100,000 electric cars. According to Reuters, the order will be primarily for Model 3, which is also the top-selling vehicle in Europe. Although P/Diluted EPS Before Extra (trailing) basis, Tesla is valued at 296.2x, but analysts remain constructive on the stock with most analysts recommending investors to ‘Hold’ the stock, according to data sourced by S&P Capital IQ.