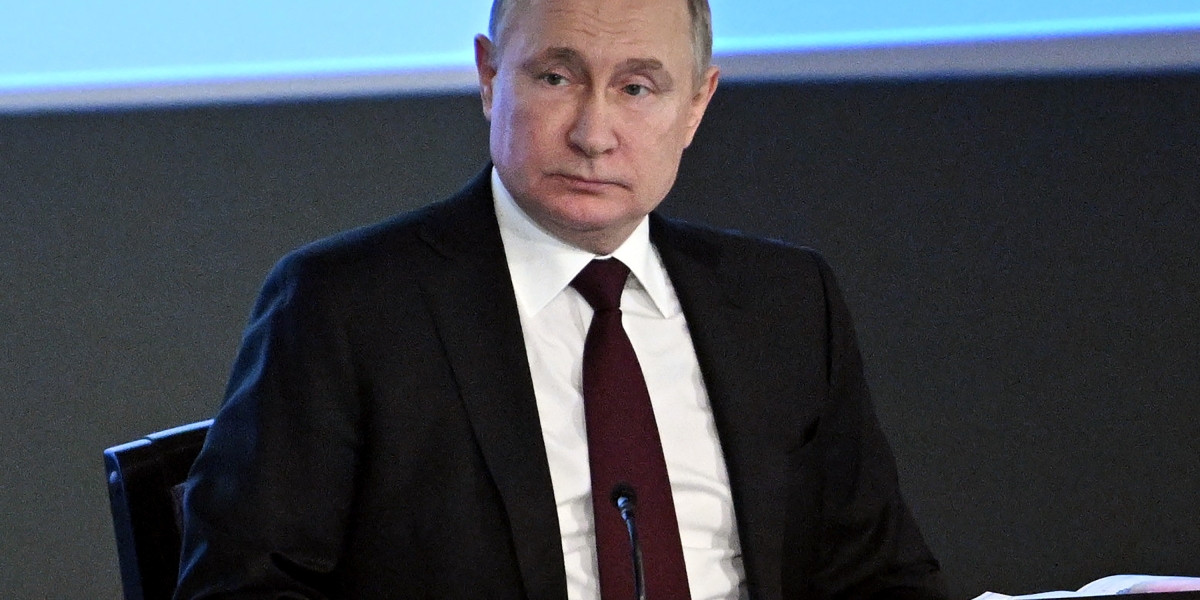 Russian assets nosedived as military attacks across Ukraine prompted emergency central bank action and additional sanctions from the U.S., wiping out almost $200 billion in stock-market value and roughly a third of the sovereign debt’s value.

The ruble sank to a record low, the cost of insuring Russian debt against default soared to the highest since 2009, and stocks ended the main trading session down 33% — their biggest-ever retreat. The Bank of Russia said it will intervene in the foreign exchange market for the first time in years and take measures to tame volatility.

U.S. President Joe Biden announced on Thursday afternoon additional sanctions on Russian banks and said the U.S. would release more strategic oil as conditions warrant. Vladimir Putin’s operation to “demilitarize” Russia’s neighbor shook global markets and spurred a flight to safety as Ukrainian and Russian assets took the main blow. The slump in Russian stocks was the third-worst in the history of markets, while Ukrainian default swaps signaled a 90% chance of default.

The nation’s most liquid sovereign dollar-denominated bonds, meanwhile, lost about a third of their value on Thursday, according to data compiled by Bloomberg. The ten Russian notes included in a benchmark Bloomberg index of emerging-market sovereign debt lost more than $9 billion in value combined, using indicative prices for the day as trading dried up.

The Russian central bank made no mention of raising interest rates, but said it will provide additional liquidity to banks by offering 1 trillion rubles ($11.8 billion) in an overnight repo auction. Policy makers have increased the benchmark rate by 525 basis points in the past 12 months to tame inflation.

Russia’s sovereign bonds plummeted, taking some to distressed levels, and the nation’s credit-default swap premium soared above 750. Ukraine’s 2033 dollar debt dived, lifting the yield to 88%, while the local currency market was suspended and limits were imposed on daily cash withdrawals. Stocks in Warsaw tumbled the most in almost two years.

The yield on 10-year ruble bonds was up 129 basis points at 12.16%. In penalties announced before Russia’s attack, many U.S.-related investors would be barred from buying Russian government bonds sold after March 1 in the secondary market.

The ruble pared losses earlier on Thursday before resuming its slump and reaching a record low. The currency traded 3.5% weaker at 84.1150 per dollar as of 2:09 p.m. in New York.

“If the central bank is in the market then it’s doing so carefully,” said Georgy Vashchenko, head of trading operations at the Freedom Finance brokerage. “The ruble will most likely remain under pressure in the near future, but the Bank of Russia is ready to smooth out any emergencies.”

So far, the response by the central bank is more measured than eight years ago when the conflict in Ukraine first flared.

Policy makers raised rates on the first working day after Russia’s parliament approved the use of its military in Ukraine in 2014. With oil prices falling later in the same year, the Bank of Russia ended up lifting its key rate to as high as 17% to defuse a currency crisis.

Oil Soars Past $100 as Russia Attacks Targets Across Ukraine

An increase in borrowing costs may be off the table for now, though a decision to hike rates in the future hinges on how the ruble fares, according to Piotr Matys, a senior currency strategist at InTouch Capital Markets Ltd. in London.

Should the ruble “relatively quickly reach and exceed” 100 against the dollar, the possibility of a rate hike may come into play, he said. Currency options see a more than 50% probability of the ruble touching 100 per dollar in the second quarter, data compiled by Bloomberg show.

“The pace and the scale of ruble depreciation will be crucial,” he said. “Currency intervention is the first line of defense and the central bank amassed significant FX reserves to allow it to step in to slow down the pace of ruble depreciation. The second line of defense would be an emergency rate hike as witnessed at the height of the previous ruble crisis in 2014.”

Biden promised to inflict a “severe cost on the Russian economy” in a speech from the White House on Thursday. He also announced that the U.S. would be sanctioning Sberbank– Russia’s largest lender — and four other financial institutions that represent an estimated $1 trillion in assets, as well as a broad swath of Russian elites and their family members.

On Tuesday, the U.S. President had set out a partial “first tranche” of sanctions — a modest package that underwhelmed political observers and financial markets — then followed up with additional measures the following day, including sanctions against Nord Stream 2 AG, the company that built the $11 billion natural gas pipeline connecting Russia and Germany.

Russia’s central bank, which last conducted direct currency interventions in 2014, can resort to other measures to calm the market. Sofya Donets, economist at Renaissance Capital in Moscow, said its options include the possibility of imposing restrictions on cross-border capital flow and assets purchases, focusing especially on domestic ruble debt.

“It’s possible to assume, under the current scenario, that sanctions will be maximally tough,” bringing the central bank’s “political motivations” to the forefront, she said. “That makes them less predictable.”