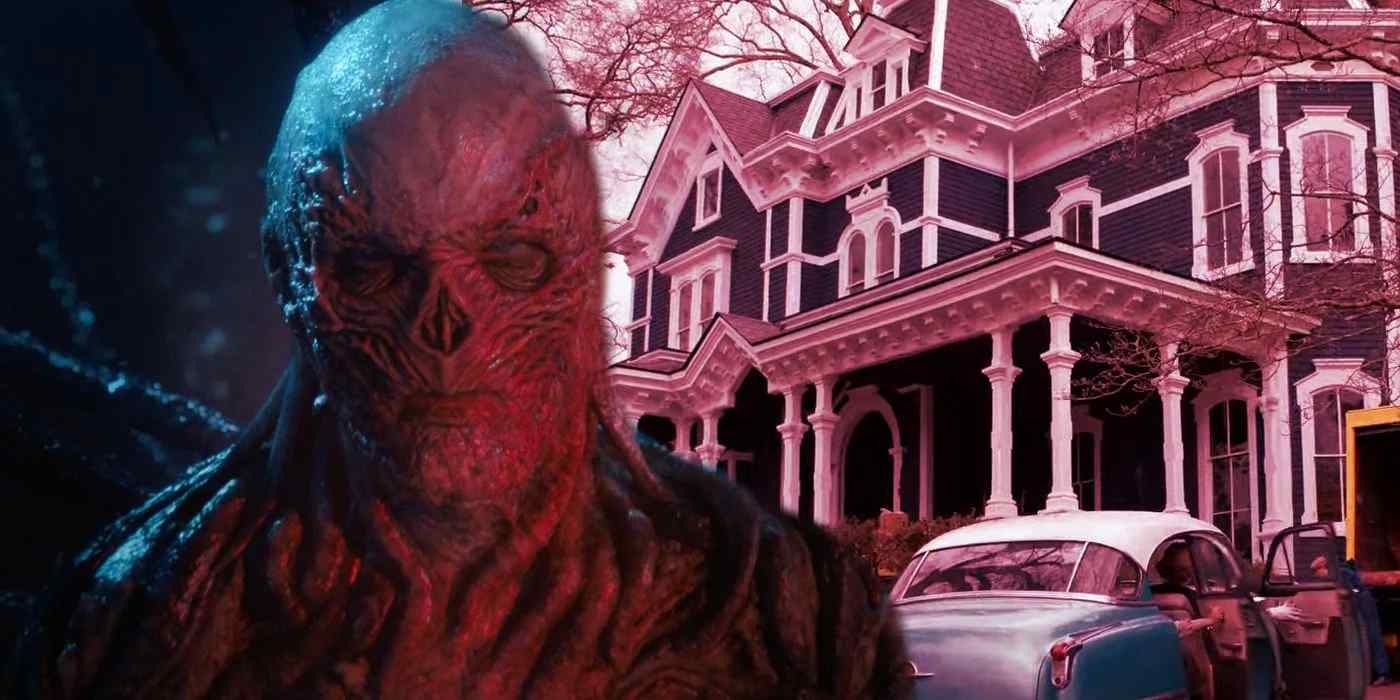 We first hear about Victor Creel from Eddie Munson’s uncle Wayne in episode two. “I guess you’re too young, but back when I was a kid, everybody knew the name Victor Creel,” Wayne says to Nancy Wheeler during an impromptu interview. “He lost his mind. Killed his whole family. Kids and wife. Took their eyes. Cut ‘em right out.” Well, that’s quite the small-town horror story. He notes that Chrissy was killed in a similar way by someone who must be “pure evil.” Wayne believes that Victor Creel broke out of Pennhurst Asylum much like Michael Myers did on Halloween.

In episode 3, Nancy and Robin set off to the library to find out more about Creel. They come across an old newspaper article detailing the Creel murders and find out that Creel initially claimed a demon was behind the murders of his wife and two kids.

Victor believed his house was haunted by an ancient demon, who ended up killing his family. No one believed his story, he was accused of murder, he took a plea deal and later ended up in Pennhurst mental hospital.

Nancy and Robin then quickly realise that the demon was probably Vecna.

Their dream home became torturous after just one month with dead animals showing up, flickering lights, nightmares, and visions of things that were not there. Victor said he could feel the demon hiding in his home and cursing the town. His flashback ends with Ella Fitzgerald’s “Dream A Little Dream Of Me” playing while he sees his wife die in the same grotesque way as Chrissy, Fred, and Patrick.

A memory takes over him and Alice dies as a result. Meanwhile, Henry is still alive but dies from his injuries a week later. Victor ends up in Pennhurst and tries to die by suicide, causing permanent damage to his eyes with a razor. He’s been in the asylum since the murders with regret and pain looming over him. Victor Creel does help save Max from dying, even though he doesn’t know it. Nancy realizes hearing music brought Victor out of his trance, so they blast Kate Bush’s fantastic “Running Up That Hill” in Max’s ears. And yes her favorite song saves her life.

Stranger Things Volume One doesn’t circle back to Victor Creel anymore. And, according to a Robert Englund interview, we won’t see him in any other episodes. But we can safely assume that the final episodes will still mention and include him in some way, especially after big revelations about his family. More on that later…

After speaking with Victor, Nancy and Robin reunite with Steve, Max, Lucas, and Dustin. They eventually piece together that there must be a connection between Vecna and the Creel House. Of course, we know this house is in Hawkins so they can easily investigate. The crew heads into the abandoned and dilapidated Creel House to gather some clues. They realize something is going on in the Upside Down as lights begin to flicker in various rooms. And Max spots that ominous grandfather clock that everyone sees before they die. They truly don’t get much information from their peek inside.

But we are certain they will return to the Creel House in some manner in Volume Two. It’s a critical location and where Vecna is so maybe Eleven will end up going there to confront him considering she knows him. The plot thickens…

The Orderly in White Is Henry Creel, a.k.a. Vecna, a.k.a. Number One

Episode seven throws a major curveball at all of us with some huge revelations. Most of us were wondering exactly who that weird yet helpful man in white is in Stranger Things 4. He’s someone we’ve never seen before but played a big role in Eleven’s life while at Hawkins Lab. In fact, he’s one of the few friends she has outside of Eight. We revisit the Hawkins Lab massacre while simultaneously seeing Vecna reveal his origin story to Nancy, who is trapped in a trance.

It turns out the Creel family came to Hawkins because Henry was “different.” Well, that’s an understatement. Henry hates everything about humanity and, after connecting with black widow spiders, he decides that he will use his powers to manipulate time. He can make his own rules and “restore balance” to the world by killing people because their socioeconomic and other life systems suck. His mother Virginia contacted Dr. Brenner to “fix” Henry and he wasn’t having it. He used his family’s memories and fears to complete his plan to be free.

But Henry Creel did not die in the hospital as Victor believes. Brenner took him and made him a confined human lab rat. Brenner wanted to use/control Henry but he couldn’t. So, he decided to recreate kids like Henry, thus kicking off the program. Yep, Henry Creel is the infamous and mysterious One. Henry got a chip in his neck to inhibit his powers and eventually became an orderly. He befriends Eleven under the false pretense of trying to help set her free, but really he wants her to join him in wiping out humanity. She “kills” him, flinging him into the Upside Down realm where he burns and turns into Vecna.

This perfectly explains why Vecna’s Upside Down spot is the Creel House. It is the place where he discovered his “purpose” and he can hang out there with his deadly spiders and gain strength from taking lives. Perhaps there will be a way to uncover the truth about what happened so Victor can be free. Or maybe it’s better that he doesn’t know that his son is a pure evil that killed his wife and daughter. And that he’s a literal monster in a hellish place. What a family story.

So now we know that Vecna, One, and Henry Creel are the same entity. And that every time he kills someone, it leaves a new entry point between the two realms. He’s building all these points to complete his plan of freedom. But this still leaves a ton of questions that need answers in Stranger Things 4 Volume Two. Why is Vecna back after laying low for a while? Is it because he knows that Eleven lost her powers so he wants to make his move to destroy humanity? Why are his victims specifically teenagers? And will Victor Creel get out of Pennhurst Asylum or will he die? We can’t wait to find out more.