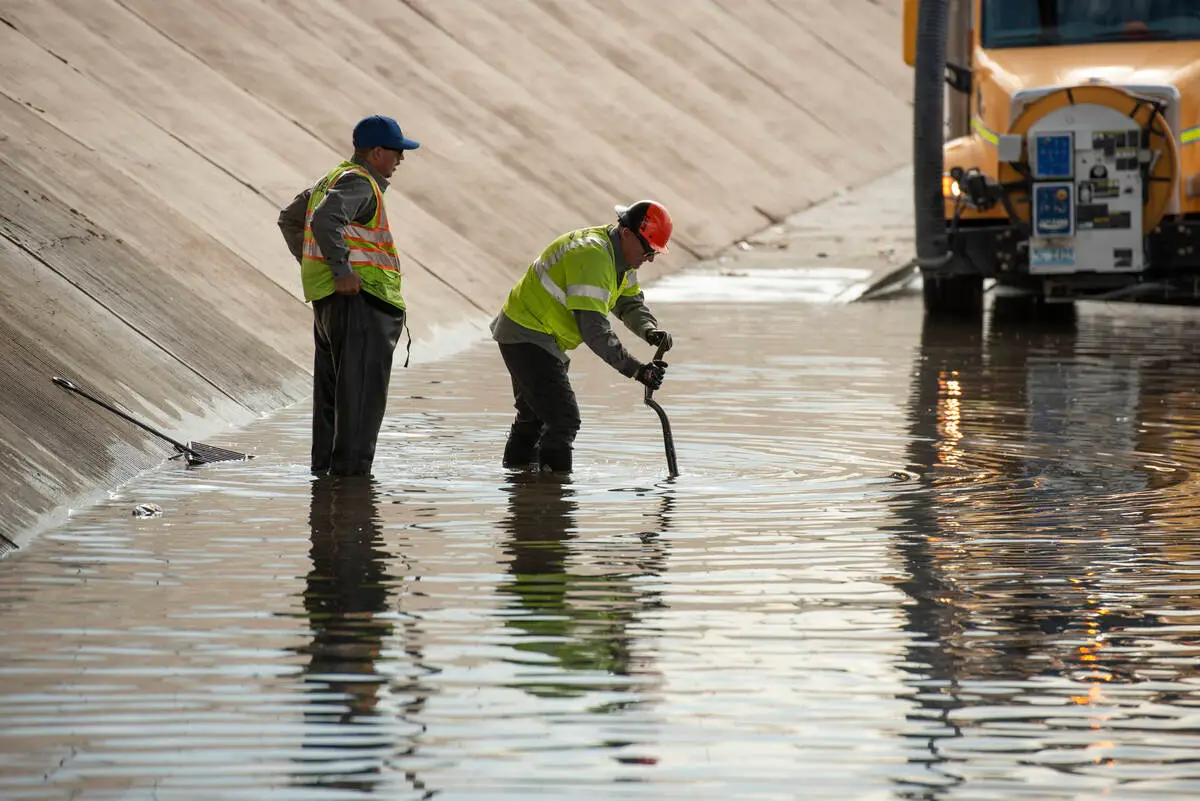 A flash flood warning has expired for areas just west of the Las Vegas Valley.

The storm cells moved north, away from the Las Vegas Valley.

East side of Kingman getting pounded

Well outside of the valley, parts of Kingman, Arizona, received rain at a rate of 4 to 5 inches per hour, said the weather service. Travel is in the area was discouraged.

People were warned to go to higher ground. A weather service alert called it a “a life-threatening and particularly dangerous situation.”

Showers and isolated thunderstorms made their way through the valley Monday morning, bringing 35 to 45 mph winds.

Rain gauge amounts showed more than a half-inch just north of Primm to .39 at the base of Red Rock Canyon to .43 at Boulder City.

The chance of rain or storms later Monday drops to 30 percent in the evening hours. A high near 91 is forecast after a morning low near 75.

The weather service issued a flood watch that includes Clark County as well as parts of Nye, Lincoln and Esmeralda counties. It runs until 5 a.m. Wednesday.

Give your sprinklers a rest

Because of the rain, water users are encouraged to turn off their sprinkler systems for at least three days.

“This is not only due to the rain, but also higher soil moisture, lower temps, more humidity and shorter days,” said Bronson Mack, spokesman for the Southern Nevada Water Association. “As a result, we can all forgo outdoor landscape irrigation for at least few days, since Mother Nature is already lending a hand. And when you do turn off irrigation systems, you should also change your sprinkler clock to your three assigned watering days to follow the fall watering restrictions, which are in effect through Oct 31, to save water and avoid water waste fines.”

Tuesday was forecast to include a 40 percent chance of rain, light winds and a high near 91. The risk of evening showers will drop to 30 percent.

Wednesday will have a 20 percent chance of rain before skies clear for the rest of the week.