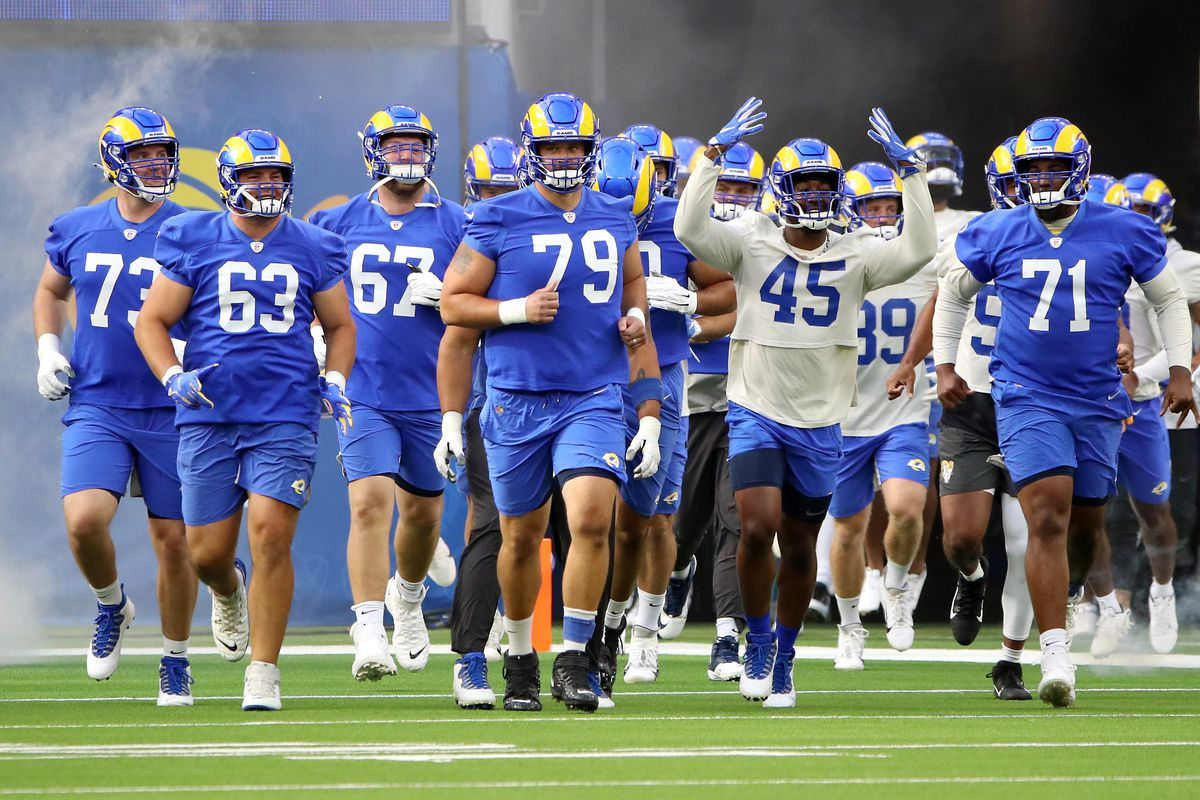 The Los Angeles Rams can make history when Week 14 kicks off Thursday night.

A loss to the Las Vegas Raiders would give the Rams 10 this season, tying the 1999 Denver Broncos for most by a defending Super Bowl champion.

With plenty of games remaining, the Rams (3-9) are well on their way to double-digit losses after hoisting the Vince Lombardi Trophy last season.

Whether it’s Baker Mayfield, John Wolford or Bryce Perkins under center for the Rams, Pro Picks says they have no chance against the resurgent Raiders (5-7).

Derek Carr, Josh Jacobs and Davante Adams have led Las Vegas to three straight wins to get within two games of the final wild-card spot in the AFC.

The Raiders have to keep winning to have any chance of reaching the postseason. They’re 6 1/2-point favorites against the Rams, per FanDuel Sportsbook.

Tom Brady saved the Buccaneers (6-6) again on Monday night. He grew up in the Bay area, going to Candlestick Park, rooting for Joe Montana and the 49ers. Brock Purdy filled in nicely for Jimmy Garoppolo last week and San Francisco (8-4) can win with its strong defense and run game. But this one means a lot for Brady, who won his only game in San Francisco in 2016.

Geno Smith is an MVP candidate and the Seahawks (7-5) are legitimate playoff contenders while the Panthers (4-8) are playing for draft positioning.

The Cowboys put up 54 points against the Colts. They won’t need that many to cover this one.

The level of disrespect the Vikings (10-2) receive from oddsmakers is astonishing. Minnesota is clearly a far better team than the Lions (5-7), but this line sways the pick.

With Lamar Jackson, the Ravens (8-4) are an easy pick. With Tyler Huntley, the Steelers (5-7) have a better chance to get closer to avoiding Mike Tomlin’s first losing season.

Philadelphia (minus 6 1/2) at New York Giants

Jalen Hurts has done it all for the Eagles (11-1) and should be the MVP front-runner going into this week. The Giants (7-4-1) just don’t have enough firepower on offense.

Deshaun Watson had a sloppy debut, but the Browns (5-7) would’ve defeated the lowly Texans without any quarterback. Joe Burrow and the Bengals (8-4) are rolling with a chance at first place in the AFC North.

Jacksonville (plus 4 1/2) at Tennessee

The Titans (7-5) need to stop a two-game losing streak. Expect the Jaguars (4-8) team that beat the Raiders and Ravens to show up instead of the one that got demolished by the Lions.

Patrick Mahomes, Travis Kelce and the Chiefs (9-3) aren’t happy after losing to the Bengals. That’s bad news for the dreadful Broncos (3-9).

Miami (minus 3) at Los Angeles Chargers

Tua Tagovailoa and the Dolphins (8-4) aim for a better result in California after losing to the Niners. The inconsistent Chargers (6-6) are desperate for a win to improve their playoff hopes.

The Patriots (6-6) are fading after losing two in a row. The Cardinals (4-8) already are cooked.