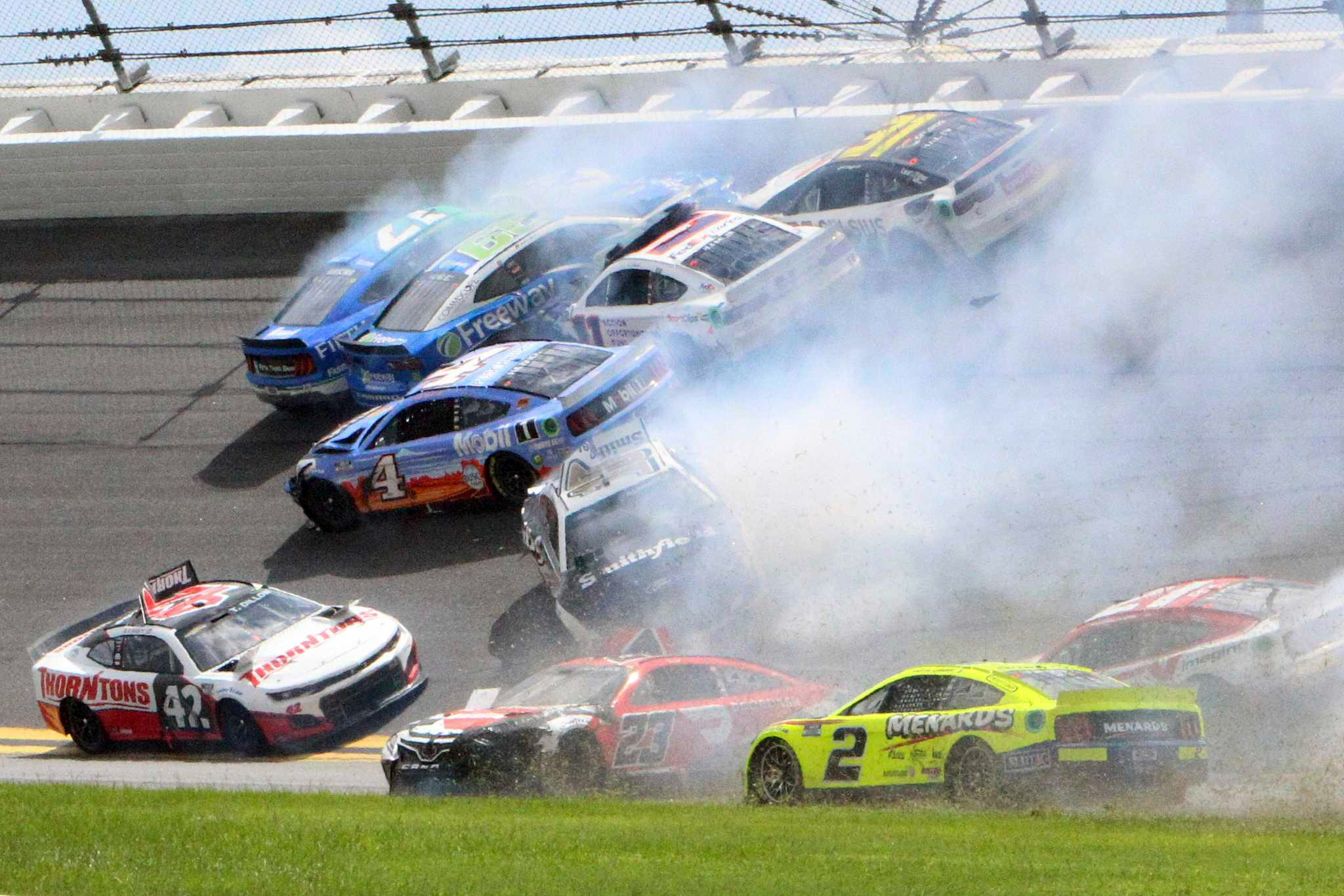 Harvick’s Stewart-Haas Racing Ford Mustang caught on fire on lap 276 of the Southern 500, forcing him to park the car and make a hasty exit. He finished 33rd.

“I’m sure it’s just crappy parts on the race car like we’ve seen so many times,” Harvick said. “They haven’t fixed anything. It’s kind of like the safety stuff. We just let it keep going and keep going. The car started burning and as it burned, the flames started coming through the dash.

“I ran a couple of laps, and then as the flame got bigger, it started burning stuff up, and (referencing the TV replay) I think right there you see all the brake fluid that was probably coming out the brakes and part of the brake line, but the fire was coming through the dash.

“What a disaster for no reason. We didn’t touch the wall; we didn’t touch a car, and here we are in the pits with a burned-up car, and we can’t finish the race during the playoffs because of crappy…parts.”

Harvick has been critical of the Next Gen for quite some time. A month ago, the former Cup Series champion had very pointed comments about the safety aspect of the car and said NASCAR officials do not have it as their top priority even as drivers continue to express how hard the hits are. He followed those comments up last week at NASCAR Cup Series playoff media day by reiterating the hits are violent and nothing has been done.

The driver of the No. 4 is now last on the playoff grid and below the cutline by 13 points. Daniel Suarez holds the final transfer spot going into Kansas Speedway.