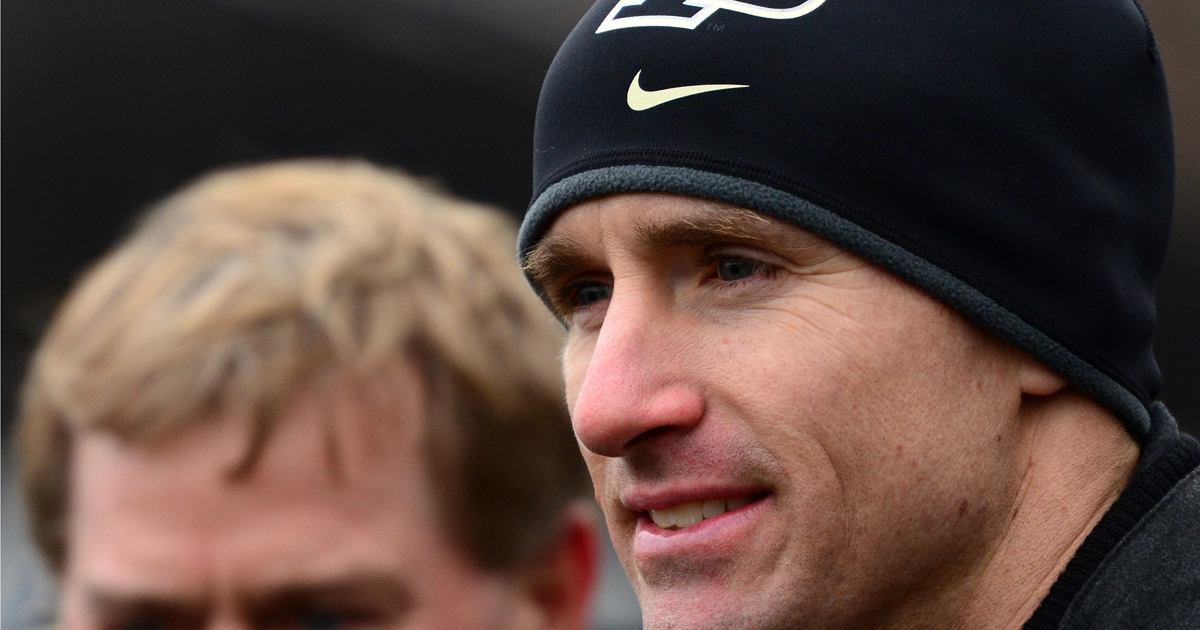 The Boilermaker Alliance took a step toward establishing itself as one of the top organizations around Name, Image and Likeness on Thursday.

The group announced former Purdue quarterback and NFL star Drew Brees as the newest member of its executive board and will chair the advisory board.

The organization also announced a commitment to provide NIL funding for the entire football and men’s basketball teams and “this will be at levels that are consistent with what other programs have done across the country recently in a very competitive manner,” said Jeff McKean, a co-founder of the Boilermaker Alliance.

In addition, the Alliance will provide NIL financial opportunities to the other 285 athletes on scholarship at Purdue.

“This is something to our knowledge that has not been done by any other group like us,” McKean said. “From the day we started, we recognize the importance of including all our athletes, and it was non-negotiable. Most other organizations are simply looking at revenue sports, but that’s not the Purdue way.”

Bringing Brees into the organization raises its profile to a higher level and likely allows the Alliance to reach its goal of raising $6 million but the tangible benefits outweigh the financial impact.

“Drew is a unique positive asset for Purdue University,” McKean said. “As we looked at the country, we can’t find another individual as qualified to be involved in a group like ours anywhere. I don’t care what university it is. The attributes that this individual brings to our organization are better than anyone else out there.

“We think we have a strategic advantage over every other university in the country because of Drew’s involvement.”

The Boilermaker Alliance will compensate athletes under the new NIL rules through donations it has received.

Brees said the current NIL landscape is a “polarizing issue across the country and to be quite honest with you, I think everyone’s just trying to figure out how to navigate it all.”

But Brees has always viewed Purdue as a leader in numerous initiatives throughout its history and believes the Boilermaker Alliance can be the model other organizations strive to emulate.

“Purdue has always tried to do things the right way, the Purdue way and set an example for everyone else,” he said. “I think this is yet another example as we work through this of how we can navigate this time by creating a program by which we can not only support our student-athletes but put them in a position to be as successful as they can possibly be not just on the field, not just in the classroom but in our community.”

One of the non-profit organizations the Boilermaker Alliance has partnered with is Crew Life Basketball Foundation, which was founded by Davis.

“Boilermaker Alliance is already making such an impact on local nonprofits, including mine,” Davis said in a statement. “Our recent fundraiser doubled in size and tripled our year-over-year profits all thanks to the work of this organization and our esteemed Purdue student-athletes. The way they are using NIL for good is ahead of its time and I’m proud to be part of it.”