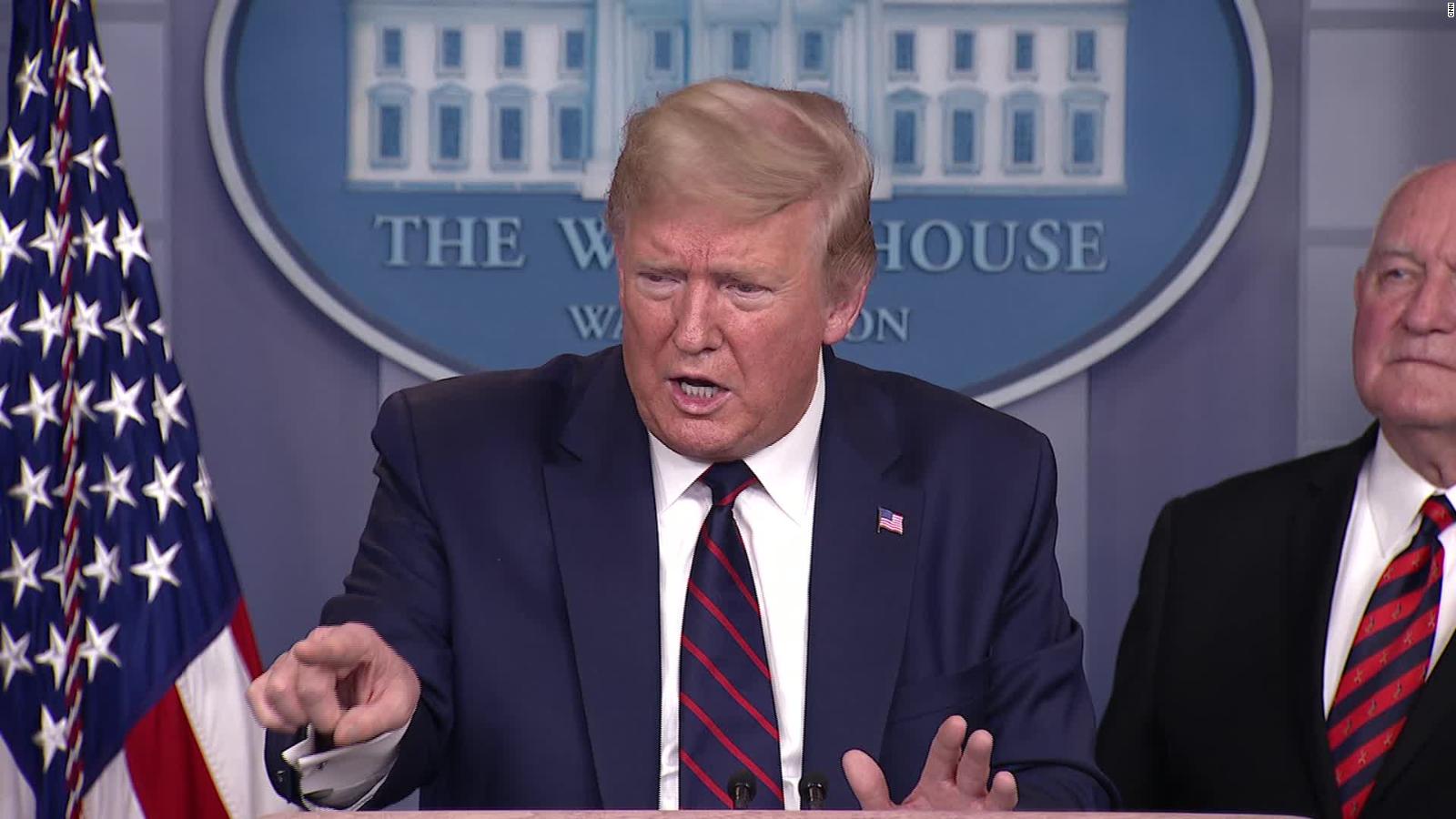 The release of a redacted affidavit that the Justice Department used to obtain a search warrant for former President Donald Trump’s Mar-a-Lago home shed new light on the federal investigation into the handling of documents from his White House.

The court filing unsealed Friday went into previously unknown detail about the classified information found in boxes retrieved from Trump’s Florida resort in January. It also firmed up aspects of the timeline about how the investigation unfolded.

The filing shows, among other things, that the documents that may have been illegally mishandled at Mar-a-Lago contained some of America’s most sensitive secrets.
Here are takeaways from the newly released document:

The FBI told US Magistrate Judge Bruce Reinhart the search would likely find “evidence of obstruction” in addition to its explanation to the court that there was “probable cause to believe” that classified national security materials were improperly taken to “unauthorized” locations at Trump’s resort.

“There is probable cause to believe that additional documents that contain classified (National Defense Information) or that are Presidential records subject to record retention requirements currently remain at (Mar-a-Lago),” the FBI affidavit said. “There is also probable cause to believe that evidence of obstruction will be found at (Mar-a-Lago.)”

When the FBI reviewed in May the 15 boxes the National Archives retrieved from the Florida resort in January, it found “184 unique documents bearing classification marking,” the affidavit said.

The FBI affidavit reveals new insights into how the investigation began. It started after a criminal referral from the National Archives, which was sent to the Justice Department on February 9.
The Archives told the Justice Department that the boxes recovered in January contained “newspapers, magazines, printed news articles, photos, miscellaneous print-outs, notes, presidential correspondence, personal and post-presidential records, and a lot of classified records.”
The Archives official said there was “significant concern” over the fact that “highly classified records were … intermixed with other records” and weren’t properly identified.
After receiving this information, the DOJ and FBI launched a criminal investigation into the matter, leading to the subpoena in June for classified material, and the search of Mar-a-Lago earlier this month.

One unredacted subhead in the affidavit cues up the probable cause the FBI had to believe that there were documents containing classified defense information and presidential records at Mar-a-Lago.
Most of the section that follows is redacted, and the unredacted subhead aligns with two of the criminal statutes the affidavit cited at the beginning.
But the third potential crime — obstruction — that was cited by the warrant materials does not have a corresponding unredacted subhead in the affidavit. The FBI would have had to provide the court its explanation of why it believed that there was likely evidence of that crime at Mar-a-Lago, so the absence of any unredacted details about that evidence signals that that part of department is particularly sensitive about that aspect of its investigation being made public.

The affidavit used a handful of acronyms when describing the sensitivity of the documents that were recovered from Mar-a-Lago earlier in the year. This alphabet soup is probably confusing to most Americans, but national security experts have said it reveals the horrifying scope of this security breach.
Some of the classified documents that Trump brought with him from the White House to Mar-a-Lago contained markings for “HCS, FISA, ORCON, NOFORN, and SI,” according to the FBI affidavit.
“HCS” indicates that the material is about human sources, or spies, that often work with the CIA. “FISA” relates to court-ordered surveillance collecting foreign intelligence, including wiretaps. “ORCON” means the document is so sensitive that its originator must approve any request to share it. “NOFORN” means the material can’t be shared with any foreign entities, even allies, without permission. “SI,” short for Special Intelligence, relates to signals intercepts, which are typically handled by the National Security Agency.
These phrases confirm what many feared — that the documents that may have been illegally mishandled at Mar-a-Lago contained some of America’s most sensitive secrets.

The department said in its legal brief justifying the memos that that the FBI personnel who had already been identified as involved in the investigation had received “threats of violence from members of the public.”
The FBI told the judge that “[m]inor but important” redactions in the affidavit were needed to “protect the safety of law enforcement personnel.”
Even with the redactions, the affidavit revealed some information about the professional background of the FBI agent who submitted the affidavit. The affiant said that they were trained in “counterintelligence and espionage investigations” at the FBI Academy in Quantico, Virginia.
In the court proceedings around whether the affidavit should be released, the Justice Department has kept limited the number of its officials known to be involved. The legal filings in that dispute bear the signatures of just two DOJ attorneys: Juan Antonio Gonzalez, the US Attorney for the Southern District of Florida, and Jay Bratt, the chief of the Counterintelligence for the DOJ’s National Security Division.
Bratt argued for the DOJ at the court hearing last week on unsealing the document — a notable choice, given that there are numerous other lower-level DOJ attorneys who would have been equipped to argue the criminal procedure questions that were central to the dispute.

When seeking the warrant, the FBI made the judge aware that Trump’s team had claimed that Trump had “absolute authority to declassify documents.”
The affidavit cited, and included as an attachment, a letter Trump attorney Evan Corcoran sent the Justice Department in May — after the existence of the investigation surfaced publicly — asserting that Trump had such authority. As the affidavit noted, the letter instructed the DOJ to provide the letter to any court considering motions related to the investigation.
The affidavit also referenced a Breitbart article quoting Kash Patel, a former Trump national security aide who was named as one of Trump’s designees to handle issues with his presidential records in June, as stating that Trump had declassified the materials retrieved by the National Archives in January.
The rest of the section in the affidavit, however, is classified, so it’s not clear why federal investigators cited Patel’s comments.
Since the FBI’s search, Trump has pointed to a January 19, 2021, memo in which he declassified documents related to the FBI’s Russia investigation. There’s no evidence, however, that those materials were what the FBI was looking for when it searched Mar-a-Lago earlier this month.

It’s important to remember the process that led to Friday’s blockbuster unsealing of the affidavit.
Shortly after the Mar-a-Lago search, news outlets, including CNN, urged the judge to unseal the entire court record, to provide unprecedented transparency into an unprecedented investigation.
The Justice Department argued in court last week against releasing the affidavit, but its lawyers were unable to convince the court that the entire affidavit should be kept under seal. Instead, the prosecutors were told to prepare a version for the public with limited redactions which contained a surprisingly robust amount of information.
When DOJ was arguing that the entire affidavit should be kept under seal, the prosecutors claimed that once all the necessary redactions were made to the affidavit, it would be devoid of any meaning that would serve the public interest in transparency.

What comes next in the Justice Department’s investigation is not clear. The filings released Friday, however, said that so far, it has involved a “significant number of civilian witnesses.”
When the FBI sought approval for the warrant, it told the court it planned to search the “45 Office” at Mar-a-Lago, as well “all storage rooms, and all other rooms or areas within the premises used or available to be used by FPOTUS and his staff and in which boxes or documents could be stored, including all structures or buildings on the estate.”
Trump waited two weeks to respond to the search in court, and did so this week in a lawsuit, now before a different judge in the Southern District of Florida, that requests a so-called “special master,” i.e., a third party to oversee the FBI’s review of the evidence seized.
But that lawsuit lacked several of the legal elements to be expected of such a request. US District Aileen Cannon, the Trump-appointed judge who was assigned the case, ordered that Trump file additional submissions that clarify what he is asking her to do and why she has the authority to do it.
The deadline for the filing is midnight Friday — less than 12 hours after the redacted affidavit was publicly disclosed.