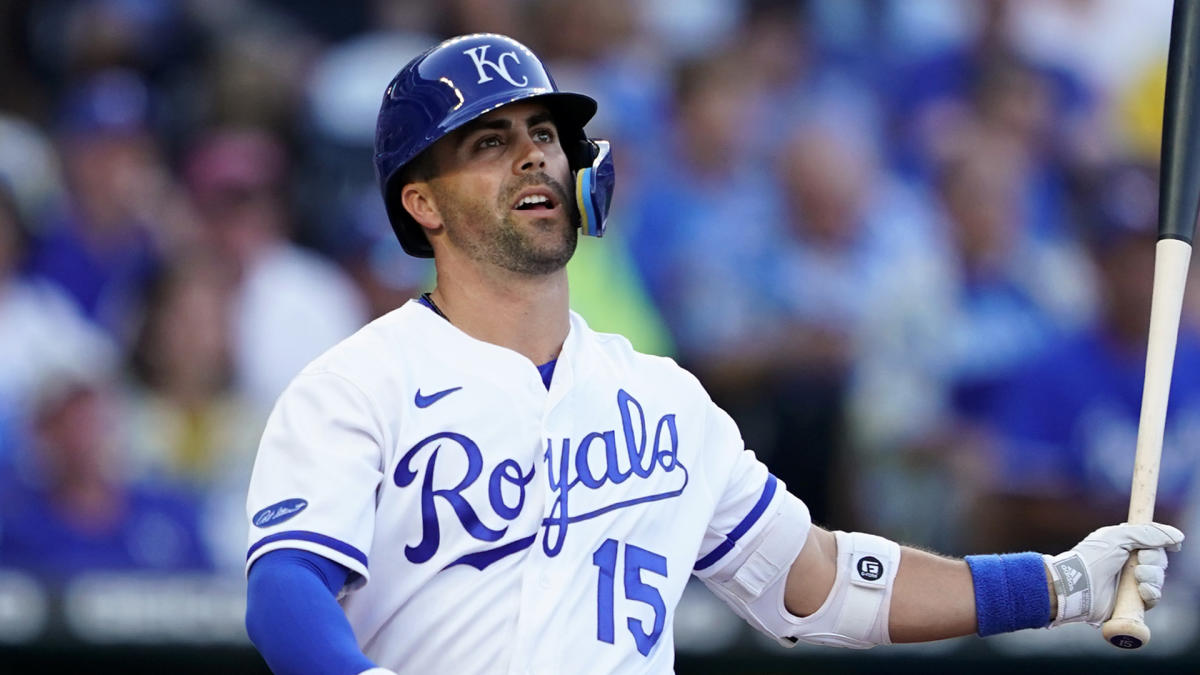 Whit Merrifield said last month that he might be willing to get vaccinated against if it meant playing for a team in contention, even though he had refused to get the shot while playing for the last-place

He’ll have to make that decision now.

In a unique and potentially unprecedented situation, the Royals traded Merrifield to the Toronto Blue Jays just minutes before the trade deadline Tuesday. And if the two-time All-Star wants to play any games in Canada down the stretch, Merrifield will be required to get one of the approved vaccines to enter the country.

“We’ll let him work through that with his family,” Blue Jays general manager Ross Atkins said, while declining additional comment on the matter. “We felt like we made a very good team better today.”

Merrifield was among 10 players on the Royals who were unvaccinated last month, preventing them from making their trip to Toronto. When asked about his decision, Merrifield drew the ire of Kansas City fans by saying: “Something happens and I happen to get on a team that has a chance to go play in Canada in the postseason, maybe that changes.”

Many took that to mean Merrifield was unwilling to get vaccinated for his current team but would for someone else.

“The extent of our conversation with Whit and his vaccination status ended when we were going to Toronto because after that it didn’t effect us,” Royals general manager J.J. Picollo said. “The conversations we had with Toronto, I’m going to keep private. There’s no need for me to talk about a player on another team.”

The Royals received in the deal speedy youngster Samad Taylor and right-hander Max Castillo, both of whom could help their big league team as early as this season. The 24-year-old Taylor is hitting .258 with nine homers and 23 stolen bases in 70 games for Triple-A Buffalo while the 23-year-old Castillo has a 3.05 ERA in nine appearances for Toronto.

The deal also creates more opportunities for the Royals’ young core to play together.

The 33-year-old Merrifield was hitting just .240 with 30 extra-base hits and 15 stolen bases in 95 games this season. But he has proved to be dependable — his 553-game Iron Man streak ended last month because of a toe injury — and he has led the league in hits twice, led the league in stolen bases three times and had an AL-leading 42 doubles last season.

“I like Whit. I like him as a player. I like him as a person,” Royals manager Mike Matheny said before their game against the White Sox in Chicago. “But I also realize that it’s not a shock. This conversation started a long time ago.”

Toronto, which has a four-game lead over Tampa Bay for the AL’s top wild card, was missing outfielder George Springer in the lineup for the third time in the past four games in Tuesday’s 3-1 win over the Rays, due to a right elbow injury.

“He’s going to do some stuff on the field today and then kind of revisit it,” Schneider said, “but it’s not anything concrete right now. You definitely want to put him in a spot to be good, have success and help us, so we’re hopeful that everything goes good. We hope it’s not anything crazy where it’s going to hinder him and his performance and us.”

It was a busy day for the Blue Jays, who got relievers Anthony Bass and Zach Pop along with a player to be named later from Miami for shortstop prospect Jordan Groshans; right-hander Mitch White and infielder Alex DeJesus from the Dodgers for right-hander Nick Frasso and left-hander Moises Brito; sent right-hander Jeremy Beasley to Pittsburgh for cash; recalled left-hander Matt Gage from Buffalo; and designated left-hander Anthony Banda for assignment.

“Two guys that throw hard,” Schneider said. “Anything to kind of compliment what we have is awesome.”

The Royals were less busy than many expected ahead of the deadline, though they did swing a late trade with the Padres by sending backup catcher Cam Gallagher to San Diego for minor league outfielder Brent Rooker.

Gallagher played in just 18 games for Kansas City this season, ceding the job behind Salvador Perez to rising prospect MJ Melendez. The 27-year-old Rooker was hitting .272 with 19 homers in 61 games for Triple-A El Paso this season.

“I was shocked. It’s a business. I love the Royals. I’ll remember all the memories, and I’ll be rooting for them,” said Gallagher, who spent parts of six seasons in Kansas City. “But at the end of the day, it’s a new opportunity for me.”