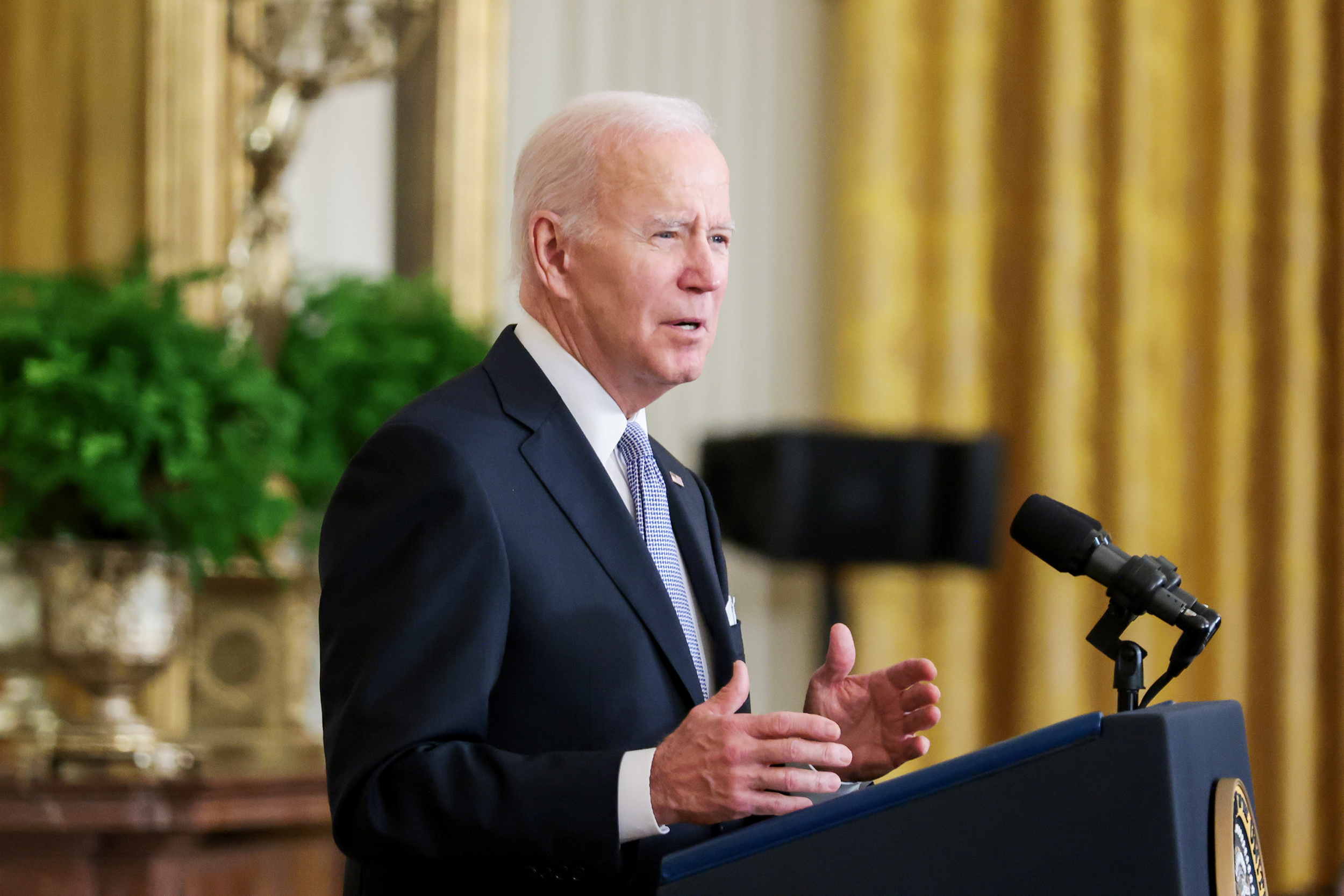 The order is also expected to have a significant impact on state and local police, tightening restrictions on chokeholds and no-knock warrants.

Biden said this executive order will deliver “the most significant policy reform in decades.”

President Biden signed an executive order aimed at reforming federal police practices and establishing a national database of police misconduct on Wednesday, two years to the day since George Floyd was murdered at the hands of police officers in Minneapolis.

The president delivered remarks at the White House and signed the order as the nation grieves the murder of 19 students and two teachers at an elementary school in Texas, the deadliest school shooting in nearly 10 years. The president said he would soon travel to Texas to meet with families of the victims, and implored Congress to pass new gun control measures in the wake of the massacre.

“While they clearly will not prevent every tragedy, we know certain ones will have a significant impact and have no negative impact on the Second Amendment,” Mr. Biden said. “The Second Amendment is not absolute.”

The policing order is intended to “advance effective, accountable policing and criminal justice practices that will build public trust and strengthen public safety,” according to the White House, by requiring federal law enforcement agencies to implement dozens of reforms, and incentivizing state and local forces to improve their policing practices.

Efforts to enact police reform in Congress have stalled in the two years since Floyd’s death sparked a national reckoning on police brutality, with a bipartisan group of lawmakers failing to broker a compromise during lengthy negotiations last year. Mr. Biden’s order seeks to address some of the issues raised during those talks, although his authority to implement changes on a state and local level is limited without further congressional action.

“I know progress can be slow and frustrating and there’s a concern that the reckoning on race-inspired two years ago is beginning to fade,” Mr. Biden said. “But acting today, we’re showing what our dear friend, the late John Lewis, congressman, wrote in his final words after his final march for justice in July 2020 — he said, ‘Democracy is not a state. It is an act.'”

The families of Floyd and Breonna Taylor, who were killed in 2020 by officers executing a “no-knock” warrant in an apartment in Louisville, Kentucky, were present at Wednesday’s signing ceremony in the East Room of the White House.

The executive order directs the attorney general to create a new National Law Enforcement Accountability Database, with all federal law enforcement agencies — such as the FBI, Immigration and Customs Enforcement, Secret Service, and Customs and Border Protection — required to participate. The database will include records of officers convicted of crimes, firings, and “sustained complaints or records of disciplinary actions for serious misconduct,” among other issues, and will be available to state and local agencies.

Non-federal entities are not required to report misconduct incidents to the new database but are “encouraged” to do so, according to the White House.

“This is a call to action based on a basic truth: public trust, as any cop will tell you, is the foundation of public safety. Without trust, the population doesn’t contribute, doesn’t cooperate,” Mr. Biden said. “As we’ve seen all too often, public trust has frayed and broken, and that undermines public safety.”

The order also strengthens federal “patterns and practices” investigations over local agencies, mandates the use of body cameras by federal agents, and requires all federal law enforcement agencies to implement new use-of-force policies, consistent with new guidelines issued by the Justice Department earlier this week. It also bans the use of chokeholds and limits the use of no-knock warrants by federal agents.

Democratic lawmakers and police reform advocates welcomed news of the executive order, even though it falls short of what could be accomplished with new legislation.

“I think the president’s team — using the powers that he has — [has] done an excellent job of advancing the call that I think all Americans feel to do everything you can to improve the policing profession, to empower our officers with both accountability and support,” Democratic Sen. Cory Booker of New Jersey told CBS News on Tuesday.

NAACP President Derrick Johnson welcomed the executive order and said there was no better way to honor Floyd’s legacy. “We know full well that an executive order cannot address America’s policing crisis the same way Congress has the ability to, but we’ve got to do everything we can,” he said in a statement.