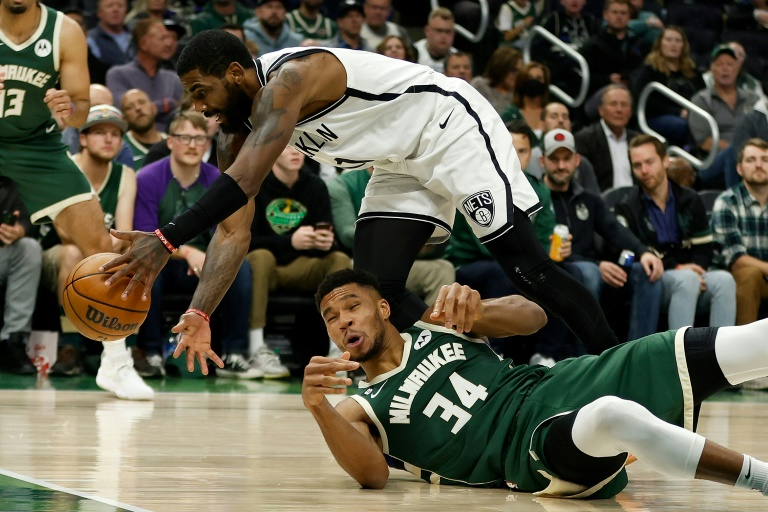 Giannis Antetokounmpo produced his second straight 40-point performance as the Milwaukee Bucks maintained their unbeaten start to the NBA season with a 110-99 win over the Brooklyn Nets on Wednesday. Antetokounmpo single-handedly hauled Milwaukee back into an absorbing clash at Fiserv Forum, scoring 17 points in a third quarter rally which turned a 12-point half-time deficit into a two-point lead. Antetokounmpo added 17 more points in the fourth quarter to finish with 43 in total as the Bucks pulled clear to wrap up the win and improve to 3-0.

“That was vintage Giannis,” Bucks coach Mike Budenholzer said. “He’s had a lot of great performances, but that second half he did everything, he was phenomenal.

“We had a poor second quarter and he came out with a force and a determination to put us in the right place. It’s hard to put into words how good he was in the second half.”

The Bucks took the lead for good with 9:43 remaining when Jordan Nwora’s 3-pointer snapped an 83-83 deadlock. Antetokounmpo then helped Milwaukee finish off its 20th win in the past 25 regular-season meetings by hitting five baskets in the next six-plus minutes for a 100-85 lead with 3:29 remaining.

Reserve Bobby Portis added 20 points and 11 rebounds as Milwaukee shot 44.3 percent. Jrue Holiday contributed 15 and seven rebounds for the Bucks, who shot 56.4 percent in the second half.

Kevin Durant scored 33 points for the Nets, who lost for the third time in four games and also picked up five technical fouls.

Two of those were to coach Steve Nash, who was ejected with 4:24 left in the third by Josh Tiven. Nash was upset when Antetokounmpo did not get called for a foul after running into Patty Mills and had to be restrained by Royce O’Neale.

Kyrie Irving added 27 for the Nets, who shot 39.5 percent. O’Neale finished with 12 as Brooklyn’s only other double-digit scorer.

After missing their first eight 3-point tries, the Bucks hit three in the final three-plus minutes of the first and held a 25-20 lead when Antetokounmpo converted a tip-in with 1.1 seconds left.