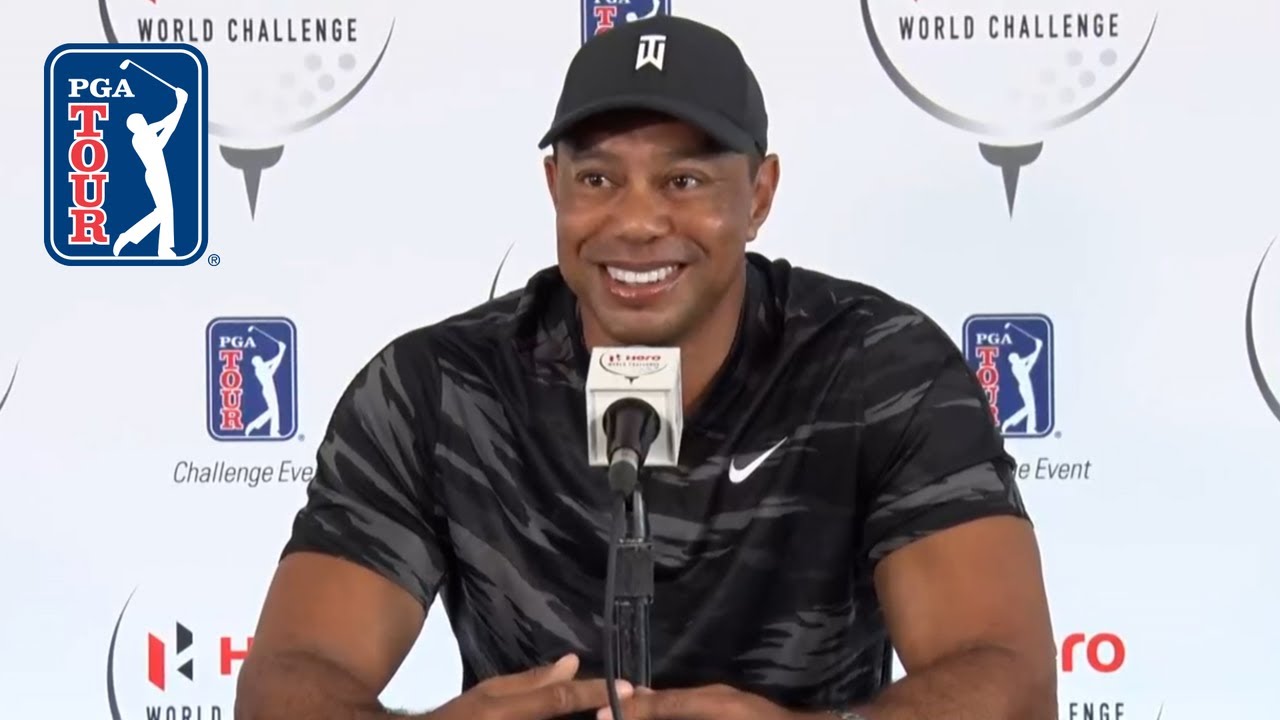 Tiger Woods is trying to tell us, and it is a testament to his greatness if we don’t quite believe him. But we should. When a 45-year-old who has had five back and five knee surgeries says he just survived something far worse and cannot see himself being a full-time golfer again, take his word for it.

And with that, the Tiger and Phil Era is over.

It was one of the best shows in sports and it transformed golf. Here were two rivals who stood on opposite sides of the ball, with such completely different personalities that you almost had to fall in line behind one or the other. Phil loved the warmth of crowds. Tiger was a cold-blooded killer. Phil wanted to be loved. Tiger commanded respect. Phil said too much. Tiger said too little. What they had in common was immense talent and unwavering belief in their ability, but that manifested itself in very different ways, too. Phil lived for the daring shot. Tiger was constantly calculating. Their once-frosty relationship only added to the theater.

“A little hit and giggle, I can do something like that,” Woods said Tuesday, at a press conference before the Hero World Challenge in the Bahamas.

The old Tiger giggled at a good (or bad) fart joke. Not at the idea of him playing great golf.

We will probably see Woods on golf courses again. He has a standing tee time at Augusta National every April if he wants it, and he wants it. But the version of Woods that mesmerized us for so long is gone forever. Ten months after a car accident in L.A. that brutally damaged his right leg, he said Tuesday that “I don’t foresee this leg ever being what it used to be.” He was asked about when and kept talking about whether. He hopes to improve physically to where he can play 18 holes, but said “To what level, I don’t know.” He sounded fine with it, too. The golfer who used to show up at every event saying he expected to win, and who once irritated fellow pros by saying he won a tournament with his “C game,” left any remaining bravado on the side of that California road.

He always liked making safe little golf jokes, deadpanning he was happy “I broke 80” after rounds when he was by far the best player in the world. But the humor has the residue of honesty now. Tuesday, Woods said, “The USGA suggests playing forward (tees.) I really like that idea now.” He wasn’t entirely kidding.

“To see some of my shots fall out of the sky a lot shorter than they used to, that’s a little eye-opening,” he said.

He rattled off the steps on his previous comeback, which was one of the two most stunning in golf history: From not being able to play at all to spinal-fusion surgery to shooting in the 60s in practice rounds to giving PGA Tour play a go to contending in regular events to major contention to winning the 2019 Masters, and it was all enough to make you believe again, until he said this:

“I don’t see that type of trend going forward for me.”

“It’s going to have to be a different way of doing it,” he said. “That’s OK. I’m at peace with that. I’ve made the climb enough times.”

Getting completely honest answers out of Woods has always been a challenge. He was famously uncomfortable discussing his private life even before the whole world discussed it. At his peak he seemed to resent the media, though he has been much more comfortable and friendly in recent years. Also, the qualities that helped him dominate golf were not always aligned with the truth. Tiger always believed he would win, always convinced himself he could do what probably could not be done, and was always convinced, like a great hockey goalie or cornerback, that he was about to dominate, no matter what he had just done.

To say he is no longer convinced misses the point. He can’t really imagine becoming convinced. He sounds like he doesn’t even care if he is convinced.

Will he play on Tour again?

“I’m so far from that,” he said. “I haven’t decided whether I want to get to that point.

He also said: “I got that last major. I ticked off two more events along the way.”

And there it is. Tiger Woods is going to be a ceremonial golfer if he is a golfer at all. Maybe one weekend he can coax some magic out of himself and win an event. But that is so unlikely right now that it isn’t really worth discussing.

There are good questions that should still be asked, about why Woods was driving 82 miles per hour in a 45-mile per hour zone when he crashed, and whether the empty pharmaceutical bottle in his backpack contained the kind of drugs that once sent him to rehab. He pointedly refused to discuss the day of the crash Tuesday. He said everything was addressed in the police report, but it wasn’t. His answers were predictable but still worrisome. We can only hope he has his disease and his life under control.

But we can also appreciate this for what it is: The end of a singularly spectacular era. Woods played at a higher level than anybody ever has. Mickelson is the defending PGA Championship winner, but his win at Kiawah in May felt like a farewell even to him: “It’s very possible that this is the last tournament I ever win,” he said before he left the course that night. He is 51. He is ranked 35th in the world but has only won three times in the last eight years. He’ll give us a few more thrills, but only a few.

Tiger might not give us any. Golf is a game for a lifetime, or close to it, so it is natural to wonder if the most dominant golfer ever can come back from horrific injury, especially when he did it once already. Wonder no more. It is a peculiarity of golf that in the same week when he released a video showing he is coming back, he told us he is thinks he is finished. Tiger Woods is telling a truth he never wanted to hear. Listen to him.