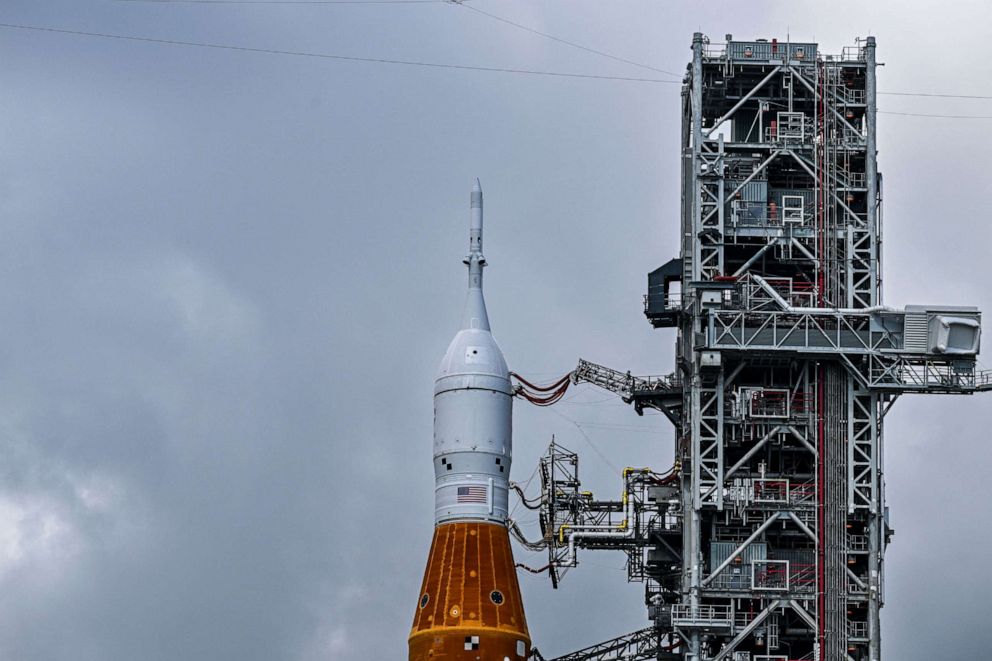 NASA’s new moon program is poised to smash all kinds of records for human spaceflight. Named for the Greek goddess Artemis, Apollo’s twin sister, this initiative will put the first woman and first person of color on the moon. If all goes as scheduled, in 2025, these astronauts will become the first humans to step on the lunar regolith—or dusty moon soil—since Apollo 17’s Gene Cernan and Harrison Schmitt walked there in December 1972.

In addition, the Artemis program will establish the first long-term human presence on the moon, by putting a space station in orbit and constructing a base camp on the lunar surface. These measures will lay the groundwork for yet another first in the future: sending astronauts to Mars.

But before all that happens, the space agency has to test its equipment with a flight called Artemis 1, which will break records of its own. As NASA’s massive Space Launch System (SLS) rocket sits on the launch pad ahead of this historic mission, here’s what you need to know about the program making headlines around the world.

The 42-day Artemis 1 mission will test the Orion spacecraft, a capsule that will orbit the moon and one day carry human crew members there. The uncrewed mission will launch from Cape Canaveral, Florida, no earlier than August 29 at 8:33 a.m. Eastern time, with September 2 and September 5 as backup dates.

Once in the atmosphere, Orion will begin in Earth’s orbit, then soar through space powered by the Interim Cryogenic Propulsion Stage (ICPS), a 45-foot long cylindrical system with one engine. As Orion flies toward the moon, a service module provided by the European Space Agency will course-correct as needed. The spacecraft will complete up to one and a half revolutions in lunar orbit, where it will set a record for the farthest any spacecraft that can carry a crew has traveled. Then, it’ll fire its engines at just the right time to be propelled back toward Earth, with the aid of the moon’s gravity.

On October 10, the Orion spacecraft will make a roaring return to our atmosphere—it will be moving at 6.8 miles per second, the fastest reentry of any capsule built for humans. The craft and its heat shield will have to endure temperatures of 5,000 degrees Fahrenheit—a crucial part of this test mission, since NASA can’t artificially create these conditions on the ground, reports Gizmodo’s George Dvorsky. If it survives, Orion will splash down in the Pacific Ocean off the coast of San Diego, within view of a U.S. Navy ship that will recover the spacecraft.

The SLS is the most powerful rocket ever built, period. It stands at 32 stories tall and weighs nearly 6 million pounds. To build it, NASA contracted several companies—Northrop Grumman worked on the boosters, Aerojet Rocketdyne built the engines, and Boeing built the rocket’s orange core stage. The project cost some $23.8 billion, a total that drew some criticism for being over budget.

Though no human will fly on Artemis 1, three mannequins will travel to deep space. Their mission: to test whether the conditions inside the Orion spacecraft are safe for future astronaut occupants. At the head of the capsule will be Commander Moonikin Campos, a test dummy sporting the Orion Crew Survival System spacesuit, per Insider’s Paola Rosa-Aquino. Sensors will measure the acceleration, vibration and radiation that Moonikin is exposed to, giving NASA data about how its human crew members might fare.

The other two mannequins, named Zohar and Helga, will measure how space radiation affects a woman’s body. The dummies are made with slices of plastic that simulate soft tissue, bones and lungs. Each will have 5,600 sensors that will record information on radiation’s effect on the lungs, stomach, uterus and bone marrow. Zohar will wear a protective vest, but Helga will not.

As NASA prepares to send the first woman to the moon, this research is crucial. “Women in general have a higher risk of developing cancer since they have more radiation-sensitive organs such as breast tissue and ovaries,” Ramona Gaza, science team lead at NASA’s Johnson Space Center, said in a news briefing.

Artemis 1 will also carry ten cubesats, or shoebox-sized satellites that often contain materials for research. The ICPS, after giving Orion its initial push through space, will then detach from the spacecraft and deploy these satellites at three different locations between Earth and the moon. One of these cubesats will use a solar sail to propel it to a near-Earth asteroid, which it will photograph. Another contains yeast to measure how space radiation affects living cells. The other cubesats will study lunar ice with a spectrometer, image the moon and the spacecraft, test airbags in a lunar crash landing, and probe other research questions.

Artemis 1 had originally been planned for a 2016 launch, according to the Orlando Sentinel’s Richard Tribou. But a number of factors complicated and delayed this goal, NASA administrator Bill Nelson said in a media briefing last year. Manufacturing delays for both SLS and Orion, the Covid-19 pandemic and difficulty acquiring enough funding from Congress all made this date infeasible.

This year, NASA struggled with the SLS rocket’s wet dress rehearsals, or practice runs, leading up to Monday’s launch. In April, the rocket failed three wet dress rehearsal attempts. Various issues, including a faulty vent valve and a hydrogen leak, prevented NASA from completing each test, as FLYING magazine’s Jeremy Kariuki reported. A fourth try in June finally worked: NASA loaded the rocket’s fuel tanks and ran through a countdown of the ten minutes before launch, until T-29 seconds. Despite another hydrogen leak that held up part of the rehearsal, NASA deemed the test a success.

Artemis 1 is to be followed by Artemis 2 and Artemis 3, missions that will culminate with astronauts once again walking on the moon. After this initial test flight, Artemis 2 will bring a human crew on a lunar flyby, entering the moon’s orbit and returning in eight to ten days. Currently, the mission is slated for launch in 2024. If all goes according to plan, Artemis 3 will take place as soon as 2025. This mission will send a crew of astronauts to the moon’s surface for the first time in more than 50 years.

Last week, NASA announced 13 possible lunar landing locations for the Artemis 3 astronauts to explore, writes Space.com’s Meghan Bartels. All are around the lunar south pole, an area that scientists are prioritizing for research. In the polar region’s permanently shadowed and cold environment, scientists believe frozen water may be found beneath the surface. As for which of these sites will be the destination, that will depend on the launch date.

The Artemis program is just the beginning of NASA’s “Moon to Mars” initiative—the agency wants to make the moon a pit stop that will support astronauts on longer space missions. Artemis will set up the lunar Gateway, an outpost orbiting the moon that is to be assembled in space and aid future exploration. NASA also plans to set up a lunar base camp where astronauts can stay for long-term missions and test exploration methods that could be used on Mars.

By building on Artemis’s achievements, astronauts could be walking on the Red Planet within 20 years.

“Everything that we’re doing on the lunar surface, we’re doing to explore for science,” Cathy Koerner, a deputy associate administrator at NASA, tells WIRED’s Ramin Skibba. “We’re going not just for ‘flags and footprints,’ as some people refer to [Apollo], but also to test out all of the systems that we’ll eventually need to bring down risks for a human mission to Mars.”