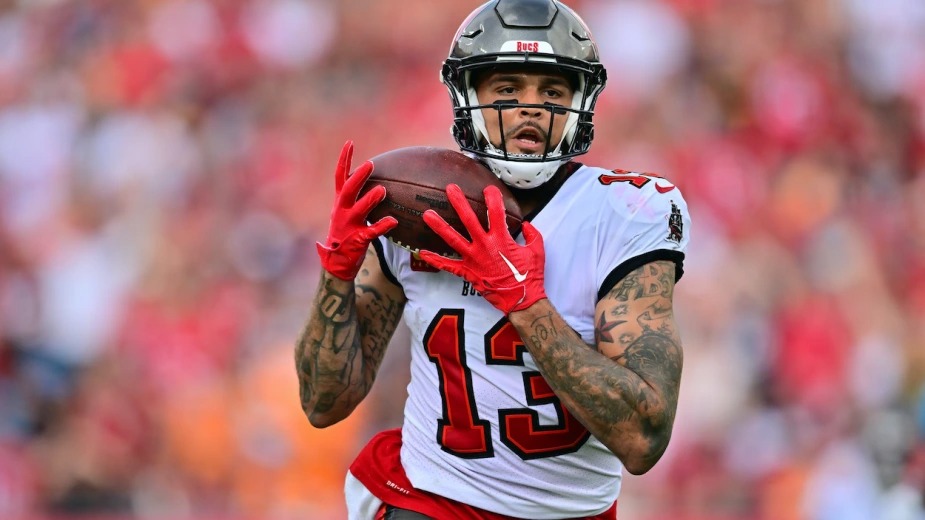 It may seem like Tampa Bay Buccaneers wide receiver Mike Evans has been in the NFL forever, but the nine-year vet won’t even turn 30 until next preseason. That means there’s still time for one more big-money Mike Evans contract, and that will come in 2024 when he’s the top free-agent WR on the market.

As the No. 7 pick of the 2014 NFL Draft out of Texas A&M, the initial Mike Evans contract was a four-year $14.63 million pact with the Buccaneers. When his rookie deal ended, Evans re-upped with the team that drafted him.

By the time this Mike Evans contract ends, the Buccaneers star’s career earnings will be $110,362,362.

That’s a big number, but Evans has a chance to nearly double that number with his next contract, as he will be the best free-agent WR on the market in 2024.