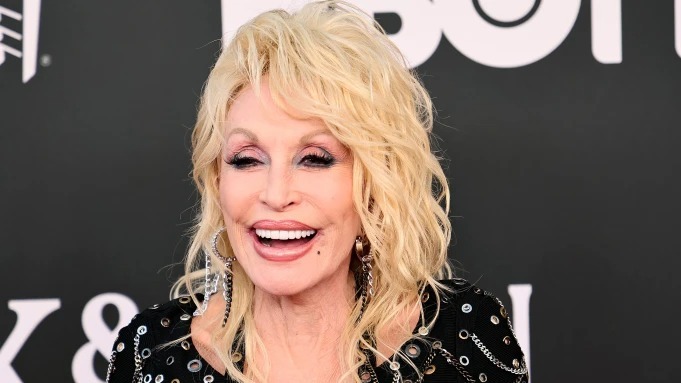 On Tuesday, the country icon appeared on an episode of “The View” and discussed the highly anticipated project, telling co-host Joy Behar: “If I’m going to be in the Rock and Roll Hall Of Fame, I better do something to earn it. So I’m doing a rock ‘n’ roll album and I’m having a lot of the rock stars that I met that night be on the album with me.”

Parton said she and McCartney are singing a song together and additionally revealed that her song with Nicks had been finished the night prior. Parton had previously said that the record, titled “Rock Star,” would be set to come out some time this year, although no official release date has been confirmed.

In a December appearance for “The Tonight Show Starring Jimmy Fallon,” Parton said the album is “going to have a lot of great, iconic songs like Prince’s  ‘Purple Rain,’ the Rolling Stones’ ‘(I Can’t Get No) Satisfaction,’ Led Zeppelin’s ‘Stairway to Heaven’ and Lynyrd Skynyrd’s ‘Free Bird.’”

She told “The View” that she was trying to get Mick Jagger to perform on a cover of The Rolling Stones’ “Satisfaction,” but instead, “Pink and Brandi Carlile are gonna be singing on that particular song with me.” Pink and Carlile joined forces to perform with Parton at her fall Rock and Roll Hall of Fame induction

Parton had initially declined that induction, citing that since her career had been mostly based in country music, there were other artists who deserved the honor over her. Regardless, voters canvassed for Parton and she was inducted in November, prompting the roll-out of the forthcoming rock album.