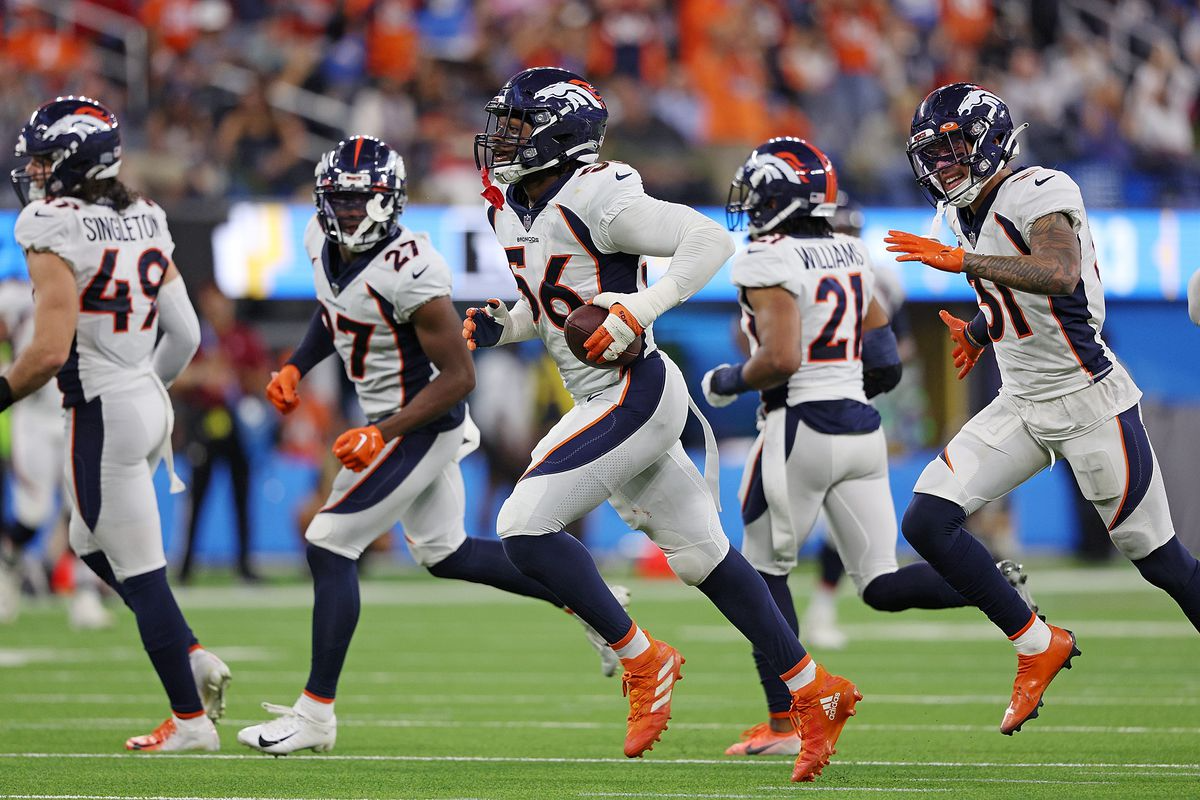 DENVER — On a season-ending afternoon at Empower Field at Mile High, the Broncos did more than earn their first division win of the season.

They did more than knock off a playoff-bound opponent on the shoulders of a 100-yard rusher and 100-yard receiver.

They did more than use a series of explosive plays to post their highest point total of the year.

And they did more than lead their interim head coach to a memorable win that sent Denver into the offseason with some momentum.

Whether intentional or not, the Broncos also potentially discovered the keys to building a consistent winner.

In the eyes of Interim Head Coach Jerry Rosburg, who earned a world championship during his tenure with the Ravens, the Broncos showed flashes of several key traits that successful football teams must possess.

And while the Broncos made big plays in their 31-28 victory — they forced two fumbles and posted three plays of at least 50 yards on offense — they also seemed to set a tone. Latavius Murray’s 103 rushing yards led a season-high 205-yard rushing effort for the Broncos, and Denver allowed just 2.7 yards per carry to the Chargers’ offense.

“I saw it coming actually in practice before our first game together in Kansas City,” Rosburg said. “I saw a different — I don’t know, for lack of a better word —flavor. I saw a little more attention to detail. It wasn’t because of me; I just think everybody just kind of came to a point where they had seen enough and all these bad things happen and they took it upon themselves to change it. I saw in Kansas City last weekend, I saw us making a concerted effort to play together, to play complementary football. It happened all the way through the game and, due to some unfortunate circumstances, we didn’t get the reward. … I talked all week … to these guys about doing the same thing only better. And they did. They were physical, our players were. You could see them rallying behind each other when a good play was made. You could see them defending themselves against the opponent when there was a disagreement. You could see that they had their hearts with one another. They were aligned properly.

“And then the style of football we played is the style that I believe is winning football. When you watch that, that’s how you play winning football, with the exception of a couple special teams situations that were unfortunate. You run the ball, you have explosive plays — we talked about it last week, we didn’t have enough explosive plays. We did that today with the help of Jerry Jeudy and others. We continue to play great run defense. I’m so impressed by [Defensive Coordinator] Ejiro [Evero]’s defense. … They were trying to run the ball and they couldn’t, and that puts us in such a much better situation. That’s winning football. The special teams, still, we did some things well last weekend. This week, we kind of ran out of players and put guys in tough spots, but we played together. That’s what it looks like.”

Denver did not play mistake-free football, as the Broncos muffed a pair of punts and lost an interception, but the team did respond. And when the Broncos regained possession at their own 4-yard line with 3:14 to play and a three-point lead, the Broncos picked up three first downs to run out the clock.

“The incredible fortitude of our team to come together when thy had the ball inside our 5-yard line and march it down the field in the fashion they did to kill the game was really indicative of a team that’s got the guts to win,” Rosburg said. “That’s how you play winning football.”

The Broncos finish the season with three wins over playoff teams, and two of them — over the 49ers and Chargers — featured the same physical style of football.

“It felt good to win, especially the way that we won,” Graham Glasgow said. “I mean, that is a playoff team. We ended up beating three playoff teams this year. It feels good. It feels like this was how all the other games were supposed to go. It feels good to get one. It does not change the overall outlook of the season. There is not a big difference between 4-13 and 5-12, at least not in my book. But it feels good to see what could be.”

As Glasgow observed, the win does not change the result of the Broncos’ season. The team heads into the offseason after a 5-12 campaign that will keepthe Broncos out of the playoffs for the seventh consecutive season. Perhaps, though, a late-season win can demonstrate the qualities the Broncos must embrace when a new head coach arrives.

Should they can replicate the effort in 2023, it’s possible — if not likely — that the Broncos can end their postseason drought. And while the Broncos won’t be following the Chargers to the postseason, it became clear Sunday the Broncos are capable of playing with teams that still have hopes of hoisting the Lombardi Trophy.

If you can’t join them, beat them.