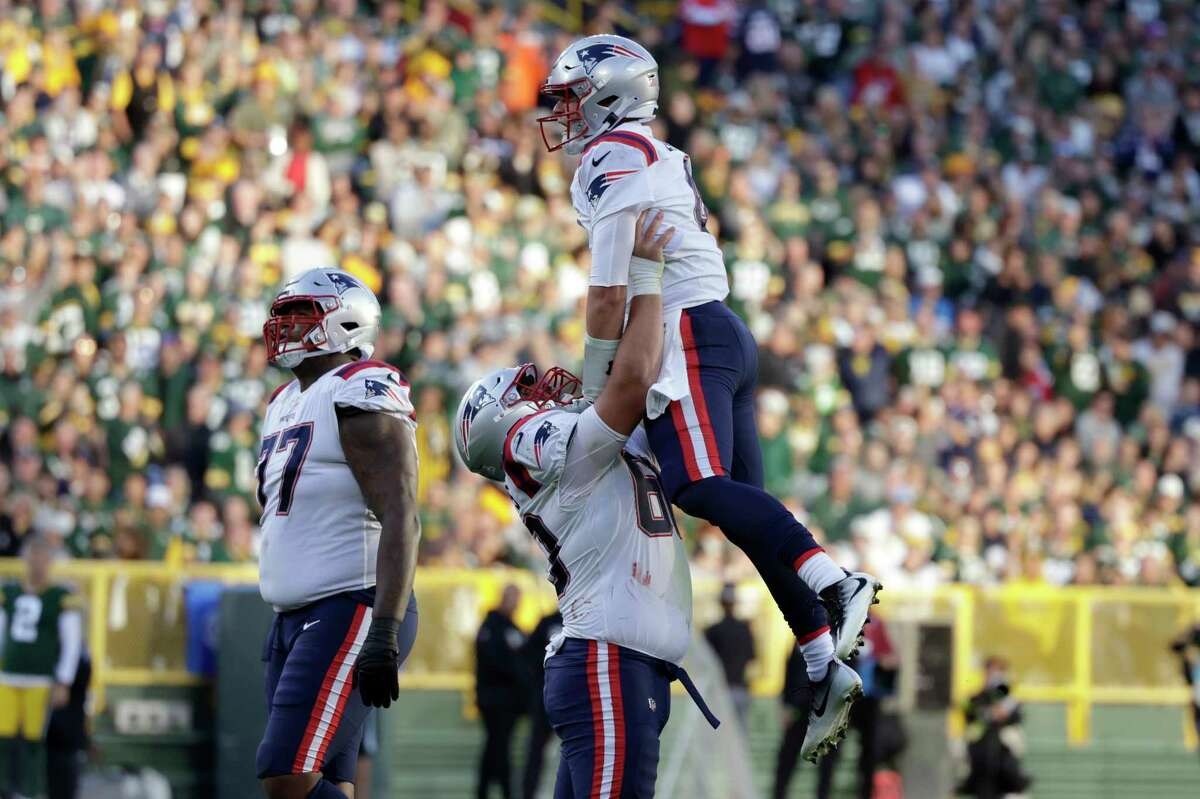 The Patriots drove into the red zone in the third quarter but were knocked back to the 25-yard line with a delay of game penalty. Zappe let the play clock dwindle all the way down to zero again but the officials didn’t throw a flag this time.

The play continued and Zappe found DeVante Parker for a 25-yard touchdown. The score gave the Patriots a 17-14 lead over the Green Bay Packers.

It’s a little weird that the officials missed a blatant delay of game right after calling a delay of game penalty. The referee and back judge had an animated conversation about the no-call during the ensuing TV timeout.

But credit the Patriots for taking advantage of the opportunity. It was a tremendous drive by Zappe and the offense, which came right after Aaron Rodgers put the Packers ahead on their first possession of the second half. New England drove 75 yards on seven plays, and 30 of them came from running back Damien Harris on four carries.

Zappe, who entered Sunday’s game because backup Brian Hoyer left in the first quarter with a head injury, became the first rookie quarterback to throw a touchdown this season, which is a bit surprising since we’re in Week 4.

Win or lose, the Patriots should definitely be encouraged by the poise Zappe has shown against a top-tier defense at Lambeau Field.