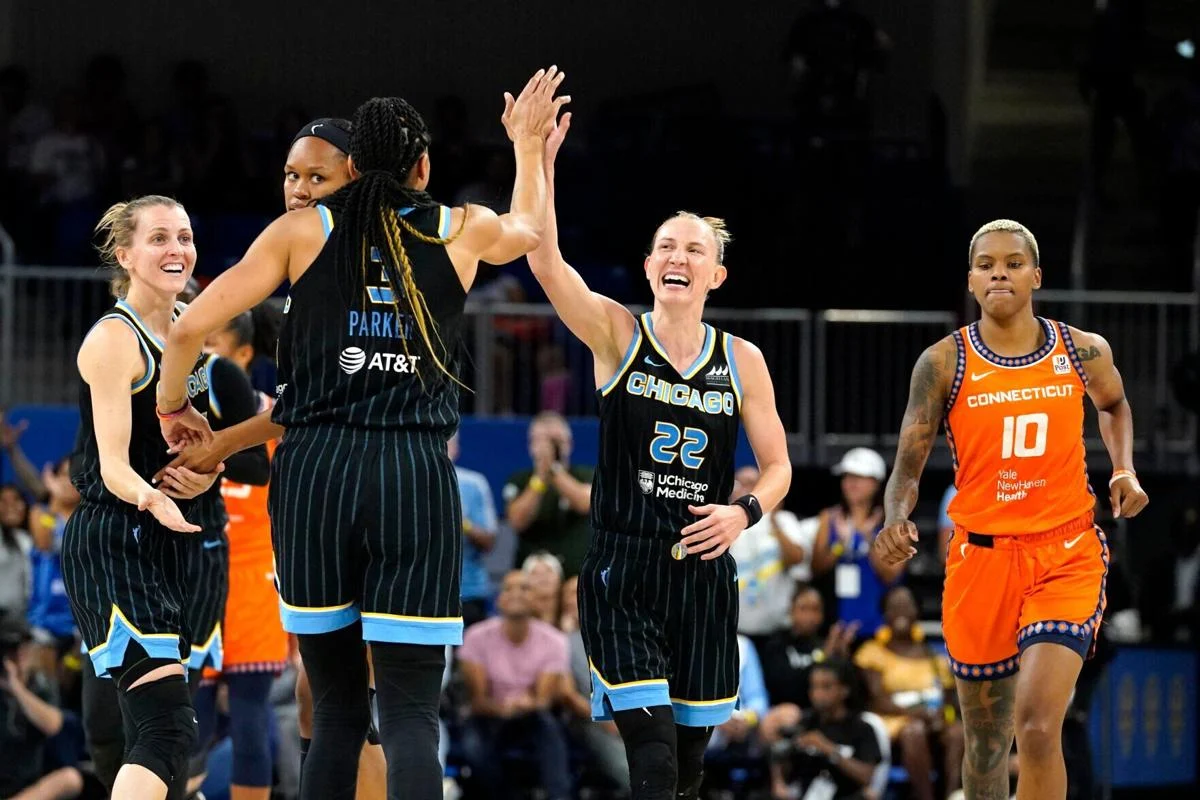 To use a phrase commonly linked to Las Vegas, the Storm were playing with house money heading into Game 2 of the WNBA semifinals.

They had a 1-0 lead with a chance to seize a dominant grip on the best-of-five series Wednesday night at Michelob ULTRA Arena.

However, the Storm’s inability to contain A’ja Wilson and exploit mismatches against the Las Vegas Aces’ small lineup cost them the game and led to a 78-73 defeat that evened the series 1-1.

“I’m super proud of our effort,” said Storm coach Noelle Quinn, who bemoaned a 23-11 free-throw disparity that favored the Aces. “It’s tough to win a game only shooting 11 free throws, but holding Vegas under 80 that’s a feat. We just got to clean up some things offensively.

“But overall, good effort. We got to look at the film, adjust and do better.”

Game 3 is noon Sunday in Seattle.

Undoubtedly, Quinn will use the next three days devising schemes to take advantage of Las Vegas’ four-guard lineup and slowing down Wilson, who broke out of a three-game slump and had the best postseason performance in her five-year career.

“With A’ja, just understanding they’re going to get her the ball and just getting ready for that,” Quinn said before the game. “At the end of the day, it’s KYP (know your personnel). Knowing who you’re matched up on and knowing they’re coming with a different level of energy, intensity and effort and we have to combat that.”

After scoring just eight points in the series opener, Wilson, who collected the WNBA Defensive Player of the Year award before the game, tallied a playoff career-high 33 points, 13 rebounds and three blocks.

Breanna Stewart (32 points, seven rebounds, three assists and three blocks) was just as good in a battle of the league’s best players that thrilled the crowd of 9,755 and the ESPN2 viewers.

“It’s competitive,” Stewart said. “That’s what you want. You want these games to be competitive. You want people to go at you, so you can go at them.”

Aside from Tina Charles (17 points and nine rebounds) every other Storm player struggled against Las Vegas’ new-look defense.

Jewell Loyd, the Game 1 hero, finished with eight points on 2-for-10 shooting while Sue Bird and Stephanie Talbot each had six points.

The MVP candidates Stewart and Wilson effectively negated each other and the Storm had difficulty containing Chelsea Gray (19 points, seven rebounds and seven assists) and Kelsey Plum (18 points).

“I’m sure Noelle would beg to differ, but we think we got the MVP and she played that way,” Aces coach Becky Hammon said. “We came in wanting to get her more shots and more looks and get more involved. I thought going small just gave her a little more space to operate. They weren’t able to manipulate or offense as easily defensively.

“At the end of the day, Stewie and A’ja kind of cancel each other out, and it’s really the people after that step in and fill the gaps for the series.”

The Storm held Wilson in check in Game 1 with constant double teams, including Stewart and Charles.

Hammon switched to a four-guard lineup early in the first quarter in which backup Riquna Williams replaced center Kiah Stokes, who missed 5 of 7 shots in Game 1.

Stewart feasted on the small-ball lineup, which had her paired against guards Jackie Young and Williams.

At that time, momentum switched to the Storm after Bird drew an offensive foul on Gray, which prompted an emotional verbal outburst from the Aces guard, who picked up a technical foul.

The Storm finished the first quarter with a 10-0 run to take a 23-16 lead. Las Vegas regained control while outscoring Seattle 20-13 in the second period and the teams were tied 36-36 at halftime.

Wilson also benefited from Las Vegas going small while connecting on 12 of 18 shots and getting to the free-throw line where she converted 8 of 11.

Inexplicably, Gray proved to be the defensive catalyst for the Aces while defending bigger players in the post and forcing four jump-ball situations.

“I thought that stretch that we went small with Chelsea Gray on the post and her activity really changed the momentum of the game,” Hammon said. “That’s what we want to be. Defensively, active and disruptive and physical. I thought she really set the tone for us defensively with her activity and her communication.”