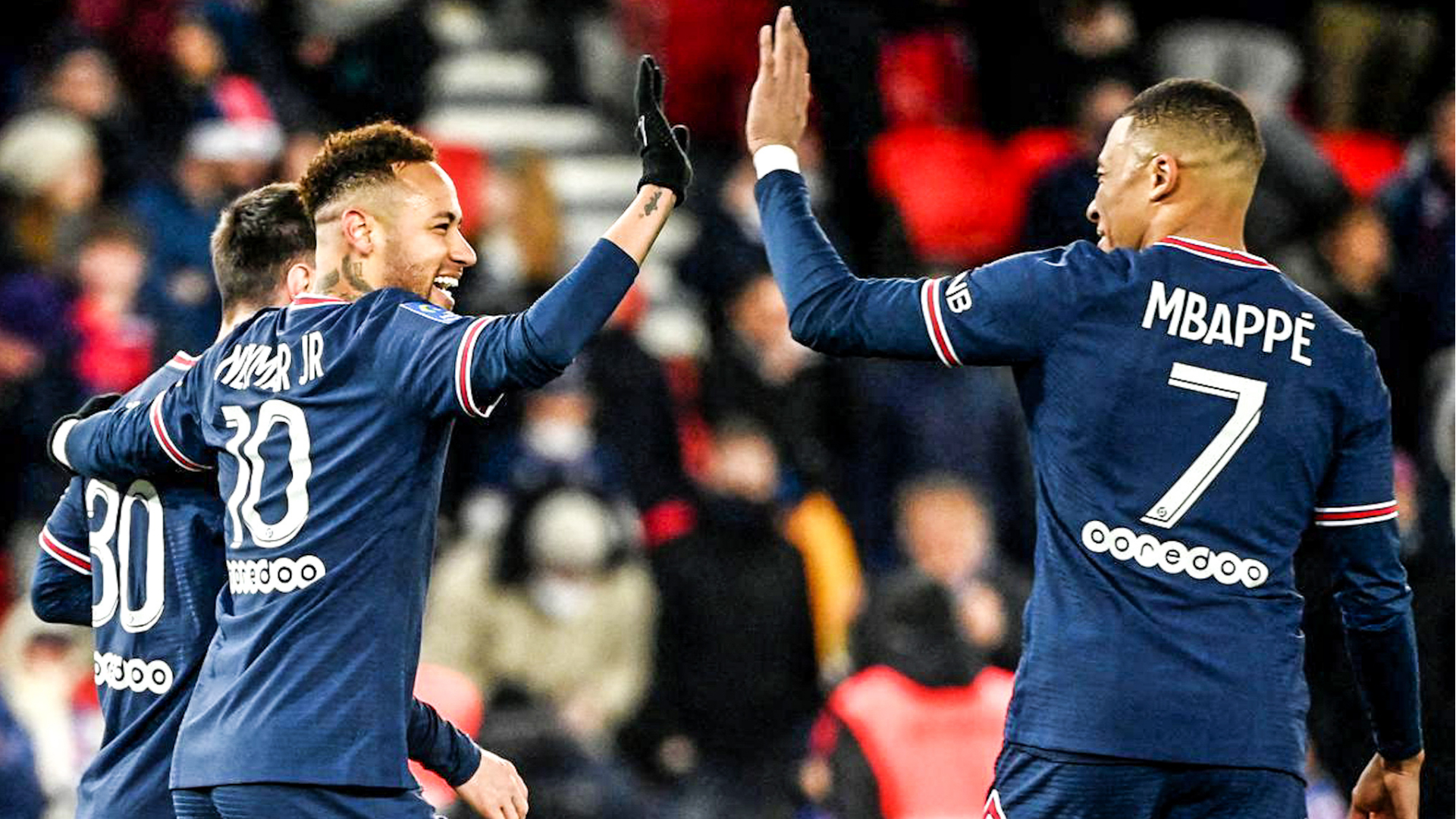 PSG may have slipped last week against AS Monaco, but the draw is a distant memory as they returned to winning ways with a 3-0 win over newly-promoted Toulouse.

The visitors in south France faced a pesky Toulouse side, but Lionel Messi pulled enough strings to see PSG out with all three points. The Argentine assisted both goals, as Neymar picked up the opener before halftime and Kylian Mbappe added the second soon after the break.

Neymar’s strike, initially ruled out by the offside flag before VAR overruled the call, gives the Brazilian seven goals on the season to lead Ligue 1 and pull him second in the Big 5 leagues behind only Erling Haaland of Man City.

Toulouse goalkeeper Maxime Dupe had an incredible match, making nine outstanding saves to keep the hosts within striking distance, but they never breached the PSG defense. The loss of defender Rasmus Nicolaisen due to injury at halftime was a boon to PSG who took charge of the match after the break.

Gianluigi Donnarumma was up to the task too, helping to preserve the clean sheet. PSG remain unbeaten through five league matches, while Toulouse remain on five points, good enough for 13th. The performance from Toulouse will give fans hope that they can remain up, even as Ligue 1 drops to 18 teams next season, leaving four teams facing the drop at the end of the campaign.

The first half was competitive, but the loss of Nicholaisen doomed Toulouse as PSG dominated the second half. The scoreline would have been even worse had it not been for Dupe’s brilliance, helping keep the end result somewhat respectable.

Lionel Messi’s trademark moments of magic proved critical as he assisted goals to his strike mates Neymar and Kylian Mbappe. It’s a positive for PSG who are now back to winning ways before Champions League play begins next week.

Dupe adds another exclamation point to his highlight-reel showing with a kick-save on PSG substitute Ekitike. The young striker got free after a give-and-go with Mbappe, but Dupe says no. It’s his ninth save of the match, an outstanding performance.

Donnarumma denies Sylla as Toulouse search for a way back in the match. It comes off an incredibly embarrassing mistake by Sergio Ramos, who got lazy on the end line inside his own six-yard box, with his pocket picked by Sylla.

His bacon is saved by the PSG goalkeeper who works to keep the clean sheet. The Spaniard has a wink and a thumbs up to Donnarumma, thanking him for the assist.

Another massive save from Dupe, this time with his face! Kylian Mbappe breaks free on the counter after the Toulouse forward possession, and he’s free on goal. Dupe comes out to challenge, and closes the French international down. By the time Mbappe got a shot off, Dupe was right in his face, and the effort clattered the Toulouse goalkeeper in his noggin.

Even the PSG social media account gives credit where it’s due.

Toulouse hold a spell of attacking possession, and the PSG defense scatters a bit, but nothing comes of it. A cross from the right is dangerous but can’t find a man in the middle.

Mbappe hits the crossbar, but he’s well offside on the receipt. Christophe Galtier makes a change, with Marco Verratti coming off, replaced by Renato Sanches. Neymar is also withdrawn for Hugo Ekitike. With about 25 minutes left, the PSG boss feels confident to bring on some fringe players and rest a few key starters.

Now Vitinha wants in on the action, and he unleashes a wonderful strike from distance, but Dupe produces an excellent save. Toulouse may be trailing by a pair, but it’s not because of their goalkeeper, who’s been excellent to keep the match where it is.

Mbappe gets on the board himself with PSG’s second. It’s once again created by Messi, who ducked and weaved down the left side of the penalty area, leaving Toulouse defenders in his wake. All three PSG attackers have contributed in big ways today!