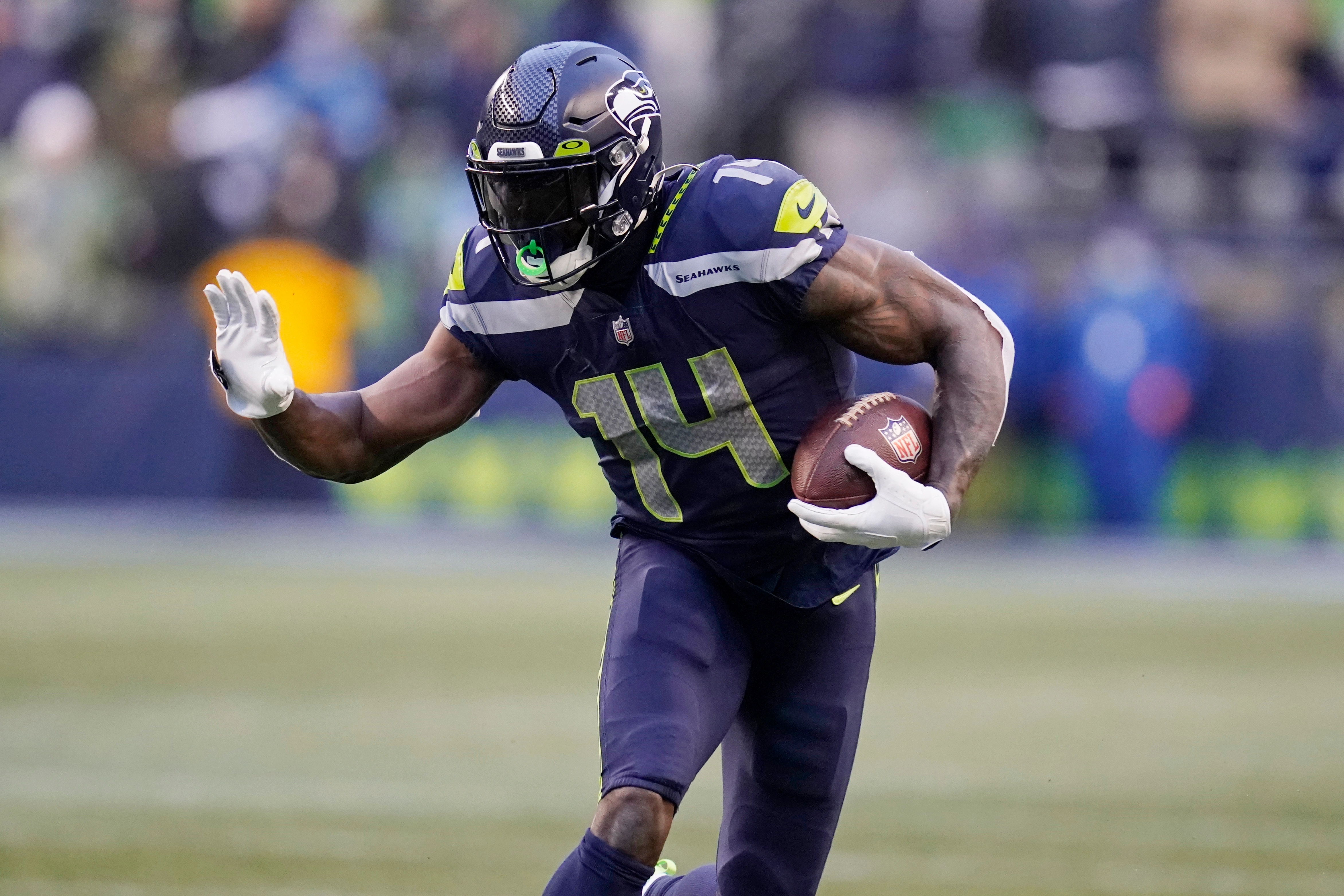 DK Metcalf’s done with his hold in, and most certainly smiling in Seattle.

Metcalf and the Seahawks have agreed to terms on a three-year, $72 million extension with $58.2 million in guarantees, NFL Network Insider Mike Garafolo reported Thursday.

Metcalf is also hauling in a $30 million signing bonus, which is the highest in history for a wide receiver, Garafolo added.

The 24-year-old Metcalf is now under contract with the Seahawks through 2025, when he’ll be only 27 and in line for his third contract. He’ll earn $24 million per season, which is sixth among wideouts in the league.

Throughout the offseason, getting a Metcalf extension done has lingered despite optimism from the wide receiver and head coach Pete Carroll that it would be settled months ago.

Metcalf did not report to mandatory minicamp and though he was on time for training camp, didn’t take part in practice Wednesday. His hold-in was short-lived, however.

Now, Metcalf can return to a Seahawks squad that desperately needs his field-shifting prowess as Seattle enters a new era without quarterback Russell Wilson and linebacker Bobby Wagner.

A 6-foot-4, 235-pound freak of athleticism and size, Metcalf burst upon the NFL scene in 2019 with 58 catches for 900 yards and seven scores. He’s had double-digit TDs in each of his last two campaigns and was a Pro Bowler in 2020. Metcalf has racked up 216 receptions for 3,170 yards and 29 touchdowns since the Seahawks took him in the second round of the 2019 NFL Draft.

He was entering the final year of his rookie contract, so an extension and a hefty raise were due.

It should also give cause for some excitement for the fanbase, as it assures the Seahawks will have one of their brightest stars returning after the losses of Wilson, Wagner and the retiring Chris Carson. Metcalf has combined with Tyler Lockett to form one of the best and most underrated WR tandems in the NFL.

Who will be throwing the ball to Metcalf in 2022 remains to be decided by an ongoing QB battle between Geno Smith and Drew Lock, but the Seahawks have ensured they’ll have one of the most promising young receivers in the game for seasons to come.