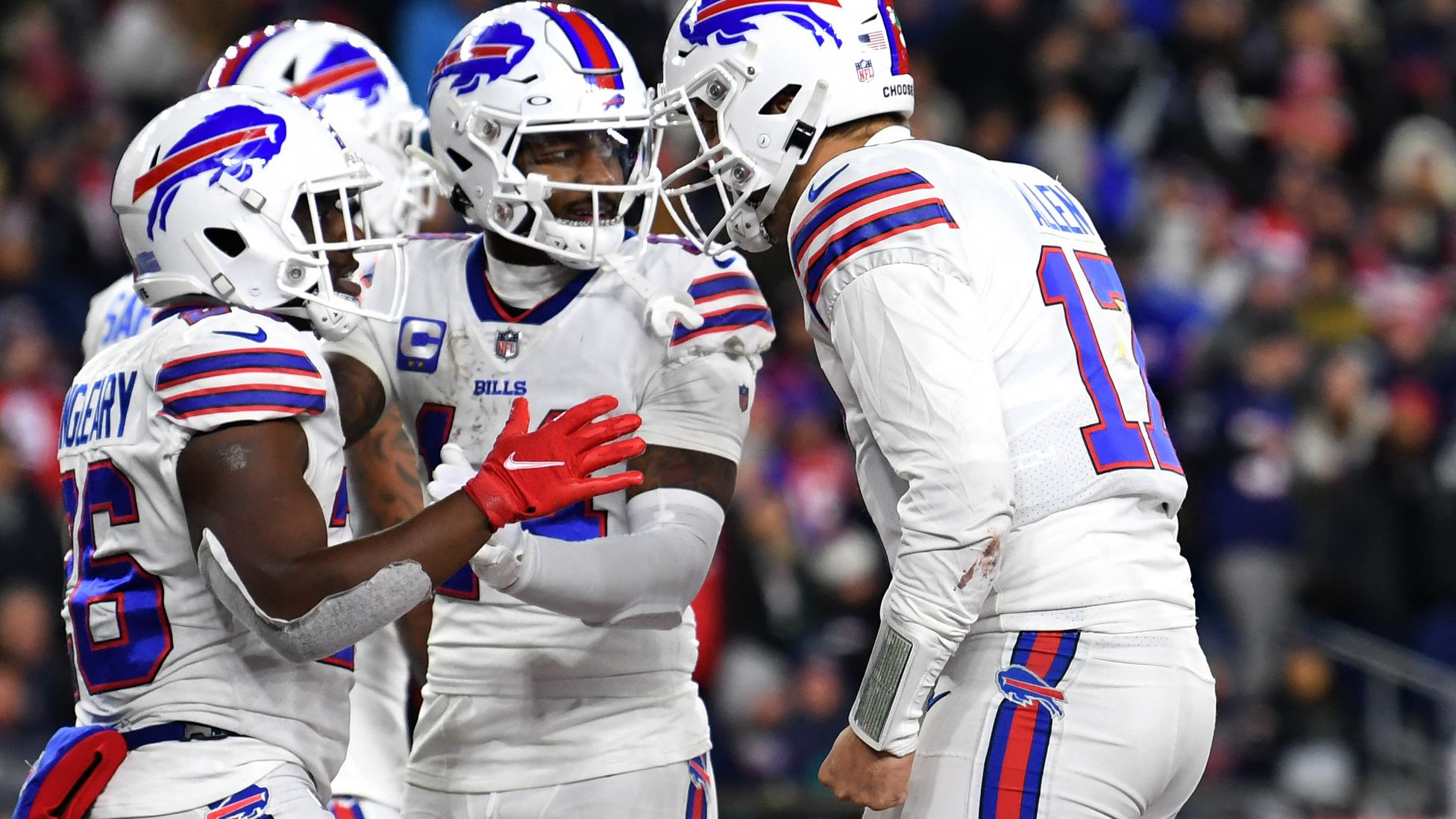 Josh Allen and the Bills proved too much for the Patriots as they cruised to a 24-10 victory on “Thursday Night Football” to kick off NFL Week 13.

Allen found his favorite target, Stefon Diggs, early and often to help Buffalo build its lead. Mac Jones and the Patriots’ offense were unable to keep up. The Bills’ massive advantage in time of possession (38:08 to 21:52) helped to prevent any hopes of a comeback by the home team.

Allen finished the night 22 of 33 for 223 yards and two touchdowns passing. He also gained 20 yards on eight carries. Diggs racked up seven catches for 92 yards and a touchdown. Rookie running back James Cook had the best game of his career to date with 105 total yards (64 rushing, 41 receiving).

The win moves the Bills to 9-3 and back into first place in the AFC East, at least temporarily. The Dolphins have a chance to jump back in front Sunday against the 49ers.

The Patriots’ postseason hopes took a big hit with the loss. They’re now 6-6 and deeper in last place in the division. They’re also down to ninth in the AFC standings and 1.5 games behind the Jets for the last wild-card spot.