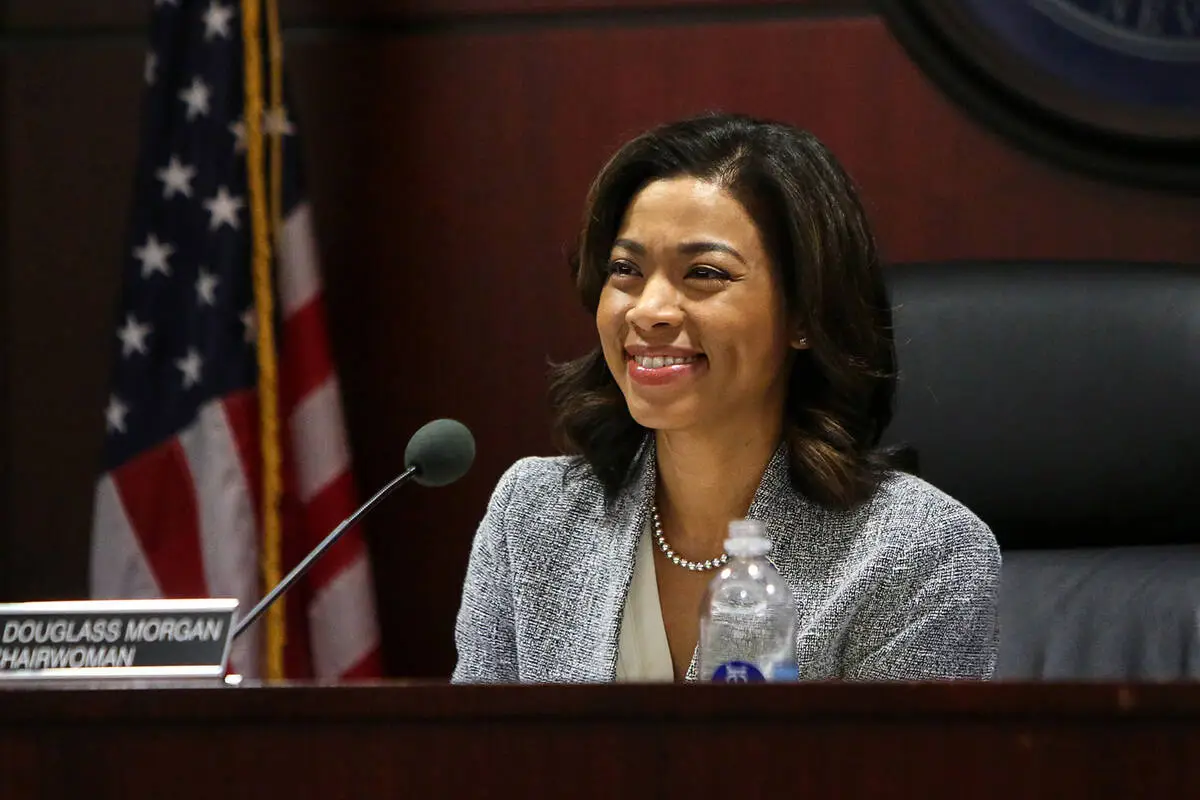 The Las Vegas Raiders hired Sandra Douglass Morgan, the former chairwoman of the Nevada Gaming Control Board, as the team’s new president on Thursday. She is the first Black woman to hold the position for an N.F.L. franchise.

Morgan fills a role that was vacated twice in the past year amid front office upheaval and allegations of financial mismanagement and workplace dysfunction within the Raiders organization. She joins the Raiders nine months after the departure of Coach Jon Gruden, who resigned in October 2021 after The New York Times detailed emails in which he made misogynistic and homophobic comments before starting his second stint with the team.

Morgan sits on the boards for Caesars Entertainment and Allegiant Travel, the parent company of the airline that has the naming rights to the Raiders’ stadium, and last year was named the vice chair of Las Vegas’ host committee for Super Bowl LVIII, which is scheduled for February 2024.

“I am thrilled that Sandra has agreed to join the Raiders family,” Mark Davis, the team’s owner, said in a statement. “Her experience, integrity and passion for this community will be invaluable to our organization.”

Since the Raiders moved to Las Vegas from Oakland, Calif., in 2020, six of the team’s eight top executives quit or were fired with little explanation. Marc Badain resigned as team president in July 2021, and his interim replacement, Dan Ventrelle, was fired in May. Ventrelle later accused Davis, whose family has run the team for more than 50 years, of creating a hostile work environment.

Morgan said she was “honored and humbled” when Davis approached her about the position, but that she also had a lot of questions for him.

“It’s no secret this organization has faced some recent challenges,” she said during a brief news conference at Allegiant Stadium on Thursday. “But I want to be clear: I am not here to sweep anything under the rug or avoid problems or concerns that need to be addressed.”

Morgan did not share specific details about how she planned to address the accusations of workplace issues brought by former team employees, including financial irregularities and the mistreatment of some workers. In 2021, Nicole Adams, who worked in the team’s human resources department for almost five years, filed a complaint against the Raiders with the Nevada Equal Rights Commission, accusing the team of discriminating against her because she is Black and retaliating against her after she raised concerns about pay disparities and unequal treatment.

Morgan said that her top priority was to meet with every team employee, “making sure that our Raider family is strong.” She added that Davis had made a lot of changes “intentionally” over the past six months.

Under the direction of Al Davis, Mark’s father, the Raiders franchise broke a number of demographic barriers in football. Tom Flores, the first Latino head coach to win a Super Bowl, won two titles with the team in the 1980 and 1983 seasons. In 1989, the team hired Art Shell, the first Black head coach in the modern N.F.L., and in 1997 Davis named Amy Trask the team’s chief executive, the first woman in league history to hold the title. Raiders defensive end Carl Nassib became the first openly gay N.F.L. player on an active roster in 2021.

Trask, who had worked for the Raiders for almost 30 years when she resigned in 2013, noted that Morgan’s hiring carries meaning as “another first by an organization with so many of these firsts.” Trask also emphasized the significance of the role Morgan will take on as a result of the team’s recent upheaval.

While she did not come up through the N.F.L. ranks, Morgan pointed to her experience with large businesses and working in the sports, entertainment and gaming industries, including a stint with the Nevada State Athletic Commission. She was raised in the Las Vegas area where she served as city attorney and, more recently, as part of the state’s Covid-19 task force.