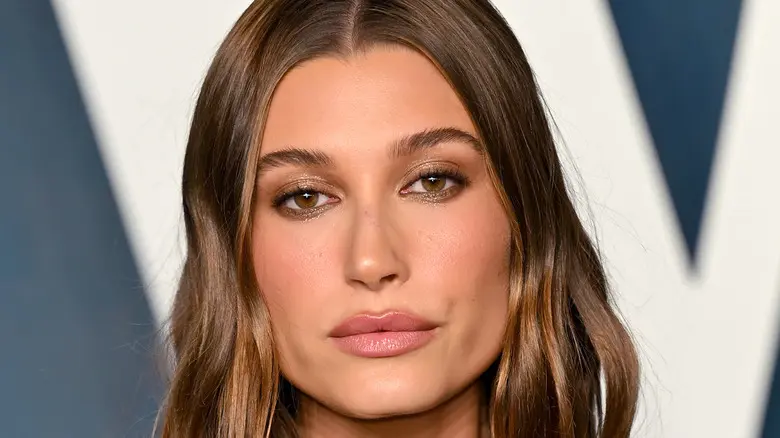 The 25-year-old model – who is married to Justin Bieber – was hospitalised in March amid fears she’d suffered a stroke, but it was discovered she had a blood clot on her brain and a small heart defect, which had been there since birth.

After undergoing surgery to close the whole in her heart, Hailey and returned to the spotlight at the Met Gala on Monday (02.05.22) night, where she reassured fans she’s feeling much better and her operation had gone “very smoothly”.

Speaking to Vogue on the red carpet at the Metropolitan Museum of Art in New York City, she said: “I mean obviously it was a little bit hard to talk about … I felt like if it could help anybody, bring light to the situation … I just wanted to share my story.

Hailey suffered the health scare in March, and was informed by doctors she had suffered a blood clot on the brain.

She recently took to YouTube to share details of the incident, recalling that she felt “a really weird sensation” that travelled down her arm from her shoulder, all the way to her fingertips.

After trying to move her fingers to understand what was wrong, she was asked a question by Justin and she wasn’t able to respond.

She explained the right side of her face started drooping and she couldn’t get a sentence out.

Both Hailey and Justin had assumed that she had suffered from a stroke, but doctors explained that it was something else entirely.

“That I will be able to just move on from this really scary situation and just live my life.”