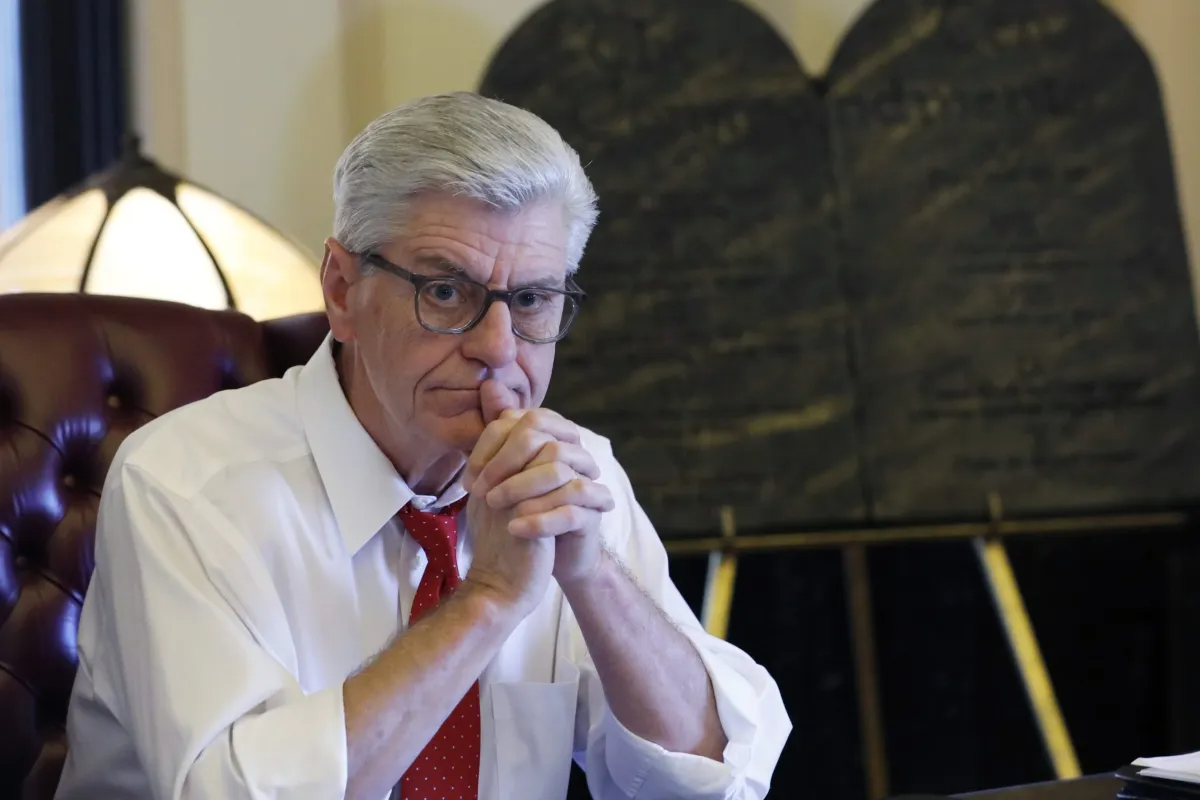 John Davis, the former Mississippi Department of Human Services director who presided as a massive welfare fraud scandal unfolded, is set to plead guilty on Thursday to multiple federal and state charges relating to the misuse of funds meant for poor families with children. Court filings said he has agreed to cooperate with prosecutors in cases against other potential defendants.

“The State and Defense have announced that a global plea resolution has been reached between the State, the federal authorities and the Defendant, John Davis, whereby the Defendant, John Davis, has agreed to fully cooperate, including providing truthful testimony at trial, with the State and all federal authorities in the prosecution of any and all additional criminally charged defendants, in State or Federal Court, for the criminal misuse of Federal TANF grant funds, ” says a court filing in the Circuit Court of the 1st Judicial District of Hinds County Wednesday.

Wednesday’s filing in Hinds County says that Davis “will enter a guilty plea to five counts of Conspiracy and thirteen counts of Fraud Against the Government” and that “all parties have agreed that the Defendant, John Davis, will serve all of his incarcerated time in the custody of the Federal Bureau of prisons.” He is also pleading guilty to two federal charge involving allegations that he diverted money to a company owned by retired pro-wrestler Ted “Teddy” DiBiase Jr.

Since 2020, Davis has faced multiple state charges in Mississippi after an investigation found that MDHS misspent more than $77 million in welfare funds under his reign. That includes $1.1 million in Temporary Assistance For Needy Families funds that a non-profit organization, the Mississippi Community Education Center, gave to retired NFL quarterback Brett Favre for speeches that State Auditor Shad White says he never gave.

MCEC’s founder and former leader, Nancy New, and her son, Zach New, plead guilty to multiple charges in the welfare fraud scandal earlier this year and agreed to cooperate with prosecutors. Text messages between her, Brett Favre and former Gov. Phil Bryant show that they discussed using TANF funds to build a volleyball stadium at the University of Southern Mississippi.

U.S. District Magistrate Judge F. Keith Ball unsealed a Sept. 15 federal indictment against Davis earlier on Wednesday for multiple counts of conspiracy, fraud and embezzlement, revealing allegations that he conspired with four unnamed conspirators “to commit certain offenses against the United States.” The indictment alleges that he and the co-conspirators sought to “obtain through fraud and to divert federal funds intended for needy families and low-income individuals for their personal use and benefit.”

In one July 24, 2017, text message after a meeting between Nancy New, Brett Favre, John Davis and others, Favre appears to indicate that Davis agreed to use MDHS funds for the volleyball stadium. “John mentioned 4 million and not sure if I heard him right. Very big deal and can’t thank you enough. 😊,” reads the text message which appeared in a recent court filing.

In his plea agreement on April 22, 2022, Zach New claimed that he “acted with” his mother “and others, at their direction, to disguise the USM construction project as a ‘lease’ as a means of circumventing the limited purpose grant’s strict prohibition against ‘brick and mortar’ construction projects in violation of Miss. Code Ann. 97-7-10.”

Prosecutors have not accused Favre or Bryant of a crime. The volleyball stadium is just one part of what state officials have called a “sprawling conspiracy” that saw funds go to other pet projects and wealthy celebrities, including retired pro-wrestler Ted DiBiase, Sr., and his sons.

TANF funds are federal funds that are supposed to go to poor families with children. But under Davis’ leadership, TANF approval rates for $170 a month in cash assistance were the lowest in the nation, bottoming out at 1.42% in 2017—the year Davis allegedly helped divert $5 million in TANF funds to the volleyball project and $1.1 million to Favre. Wednesday’s indictment does not appear to reference the volleyball issue, but does describe other alleged instances of misuse of funds.

“On or about June 26, 2018, at DAVIS’s direction, Organization 2 entered into a contract with Company 1 for approximately $1,000,000 purportedly in exchange for creating a program to serve inner-city youth,” the federal indictment alleges at one point.

The new federal indictment, which Taylor Vance first reported at The Daily Journal, says that two unnamed non-profit organizations are involved in the indictment as well as two unnamed companies. It does not mention Favre, Bryant, New, the volleyball project or anyone else by name.

Similarly, the indictment describes unnamed “Co-Conspirator 2” as “the executive director of Organization 2,” a non-profit “registered in Mississippi on or about May 22, 1998.” That date corresponds with The Family Resource Center of North Mississippi, Inc., whose director is Christi Webb. Taylor Vance reported Wednesday evening that Casey Lott, an attorney for the Tupelo non-profit, said it appears federal prosecutors are describing Webb. “Lott said it was ‘absurd’ for DOJ to believe she conspired (with) John Davis,” he reported.

In addition to misusing TANF funds, the Sept. 15 federal indictment alleges that Davis also diverted money from The Emergency Food Assistance Program, a U.S. Department of Agriculture program that helps provide low-income individuals with emergency food assistance at no cost to them. The indictment says the illegal activities took place between 2016, when Davis first took over as MDHS director, and 2019, when then-Gov. Bryant fired him.

The indictment says near that end that “John Davis is hereby notified that upon pleading guilty to both counts of this information, he shall forfeit … any property, real or personal, constituting, or derived from, any process John Davis obtained, directly or indirectly, as a result of such violation.”