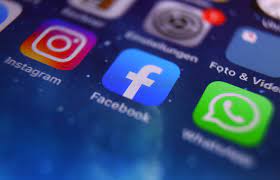 Although Meta, the parent company of Facebook and Instagram, said its AR technology is “not facial recognition,” it’s temporarily shutting down its AR filters and avatars in both states to prevent “meritless and distracting litigation.” The decision comes a day after the ALCU won a settlement in Illinois against Clearview AI, a facial recognition company that was selling its database to private companies.

Meta said it will create an opt-in experience to bring those AR effects back to its platforms soon. AR effects are also turned off across Messenger, Messenger Kids, Facebook and Portal in both Texas and Illinois.

The company maintains that the tech it uses to create its AR effects and applications isn’t facial recognition technology and isn’t used for identification purposes.

“The technology we use to power augmented reality effects like avatars and filters is not facial recognition or any technology covered by the Texas and Illinois laws, and is not used to identify anyone,” Meta said in a statement. The company shut down its Face recognition system last year, erasing the face scan data of more than 1 billion users.

Facebook has faced scrutiny over its facial recognition technology in recent years, with a judge awarding a landmark $650 million settlement in favor of users in a class-action suit in Illinois last year. Texas is also suing the social media giant over its use of facial recognition technology, asserting that it didn’t appropriately obtain consent for Texans’ biometric data, which violates the state’s privacy laws.