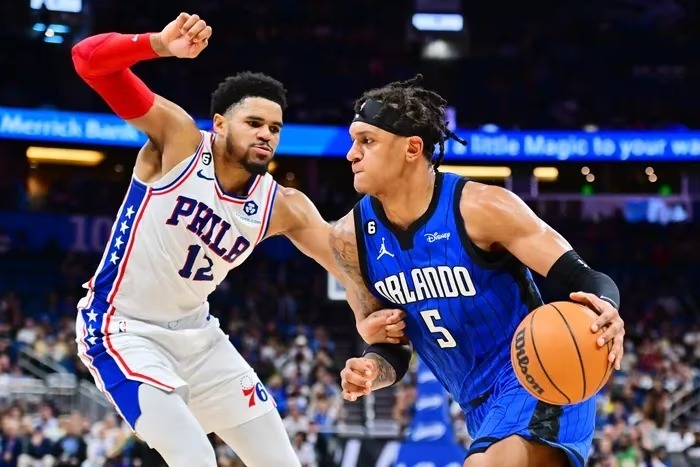 Despite 10-game losing skid to the Sixers, bet on Orlando to at least be competitive Monday night

With the way Joel Embiid and his teammates are playing right now, it’s not the least bit far-fetched.

Embiid had another monster game Saturday in leading the 76ers to a 126-119 home win over the Western Conference-leading Denver Nuggets. With that, Philadelphia improved to 20-4 in its last 24 games, including an ongoing seven-game winning streak.

In addition, the 76ers are one of the hottest teams in the league.

Philadelphia owns a 10-game overall winning streak against Orlando and has won eight in a row at home in the rivalry. Last time Orlando departed Wells Fargo Center victorious: Dec. 2, 2016.

Over the last ten games, the 76ers have gone 9-1, and they are the second seed in the Eastern Conference (2.5 games behind the Boston Celtics for first).

They are 4-6 in their last ten games and in the middle of a two-game losing streak.

On the road, the Magic have gone 6-18 in the 24 games they have played away from Orlando.

The Orlando Magic have quite the challenge ahead of them as they’re expected to be blown off the court. They will square off against the Philadelphia 76ers at 7 p.m. ET Monday at Wells Fargo Center. The Magic haven’t won a contest against Philadelphia since Dec. 27 of 2019, but they’ll be looking to end the drought.