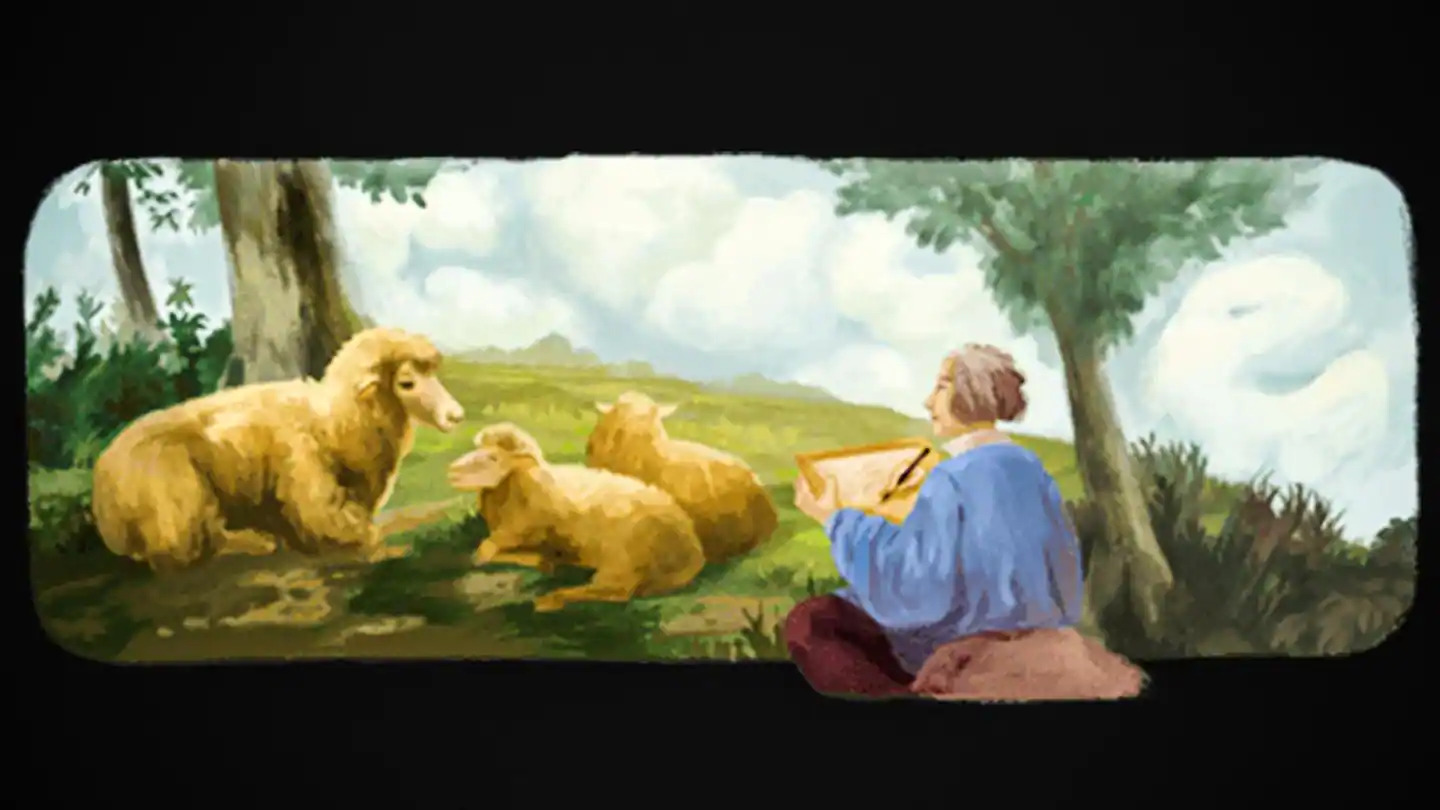 Two centuries ago, the educational opportunities available to women in the art world were limited. But art seemed to be in Rosa Bonheur’s blood.

Born into a family of painters, the French artist was sketching with pencil and paper before she could talk. With the encouragement and tutelage of her father, a landscape and portrait painter, Bonheur became one of the most important female painters of the 19th century.

Her stunningly realistic paintings of horses, lions and other animals garnered her international acclaim during her lifetime. To honor Bonheur’s contribution to the art world and a career that inspired generations of female artists to come, Google dedicated its Doodle on Wednesday to the artist on her 200th birthday.

Born in Bordeaux, France, on March 16, 1822, Bonheur had a difficult time in school. She initially struggled with reading and writing, only learning with the help of her mother, who asked her to draw an animal next to letters of the alphabet. She was frequently unruly and rebellious, leading to frequent expulsions from school.

After a failed apprenticeship as a seamstress at the age of 12, Bonheur’s father began instructing her in art and painting. With the love of animals instilled in her at a young age by her mother, Bonheur began studying domesticated animals in fields and pastures around Paris and copying paintings at the Louvre museum.

She achieved early success in 1849 with Ploughing in the Nivernais, an oil on canvas depicting oxen ploughing the land that’s now on display at the Musée d’Orsay in Paris. Her most famous work of art is The Horse Fair, an epic painting completed in 1855 that measures eight feet high and 16 feet wide.

Ten years later, Bonheur was awarded the Grand Cross of the Legion of Honor by Empress Eugenie, the first time the award was bestowed on a female artist.

Bonheur died in 1899 at the age of 77 and was buried beside her lifelong companion Nathalie Micas in Père Lachaise Cemetery.