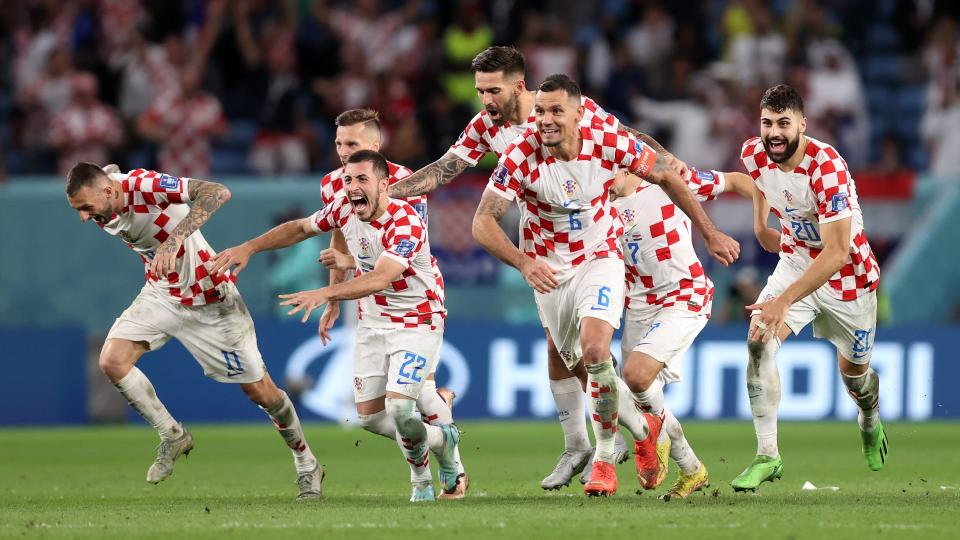 Croatia are through to the quarter-finals of the World Cup in Qatar after beating Japan on penalties following a 1-1 draw.

Mario Pasalic scored the winning spot kick to see Croatia through 3-1 on penalties on Monday in the tournament’s last game at the Al Janoub Stadium in Wakrah, south of Qatar’s capital.

A goalless extra time followed 90 minutes that had finished 1-1 with goals from Japan’s Daizen Maeda and Croatia’s Ivan Perisic.

Perisic and Croatia captain Luka Modric, experienced penalty takers, had both been taken off the pitch before the final whistle.

Japan’s first two penalties, from Takumi Minamino and Kaoru Mitoma, were saved by Croatian keeper Dominik Livakovic, who will surely now be a national hero back home. Both Croatia’s first two efforts were slotted into the net.

For much of the first half, Japan were happy to sit back, allowing Croatia to take the majority of possession, instead focusing on lightning-quick counterattacks. This, don’t forget, was a team who had beaten both Germany and Spain in the group stage.

Croatia had a great spell of play just before the half-hour mark, with Modric looping in pinpoint crosses, which his teammates failed to convert into anything more than sustained pressure in Japan’s box.

Japan’s effort and endeavours paid off in the 42nd minute, with Celtic’s Daizen Maeda getting onto the end of a scrappy corner for a well-deserved goal in front of the 42,523-strong crowd.

Modric commanded the midfield as ever, the Croatian captain leading an experienced and solid line, but Croatia lacked attacking options to take the game to Japan’s back four – and for a lot of the time, lacked the desire to score.

A gorgeous Croatian cross in the 54th minute was met with a golden header; a play out of nothing, out of nowhere – an experimental, probing, delivery simply fell comfortably for Ivan Perisic, whose headed shot bent inside the post for the equaliser.

The move sparked life into the game. Japan’s Wataru Endo attempted a reply just two minutes later, a curling effort which had to be tipped over the bar by keeper Livakovic.

With 15 minutes of normal time remaining, the ball fell again to Perisic, who let fly a corker of a shot, though a deflection from Takehiro Tomiyasu sent it high and wide.

Extra time had a sluggish start, but Japan looked certain to score on the stroke of halfway, though Kaoru Mitoma’s mazy run ended with a bolting strike straight into Livakovic’s gloves.

The second period of extra time saw Japan raise their energy levels, but a breakthrough could still not be found. Croatia finally had a real chance in the 30th minute of extra time, but Lovro Majer snatched at it, sending it wide. And it was down to penalties.

Croatia may not have had the best of this game, but they are the ones going through to the quarter-finals to face the winner of  clash between five-time winners Brazil and South Korea at Education City on Friday.