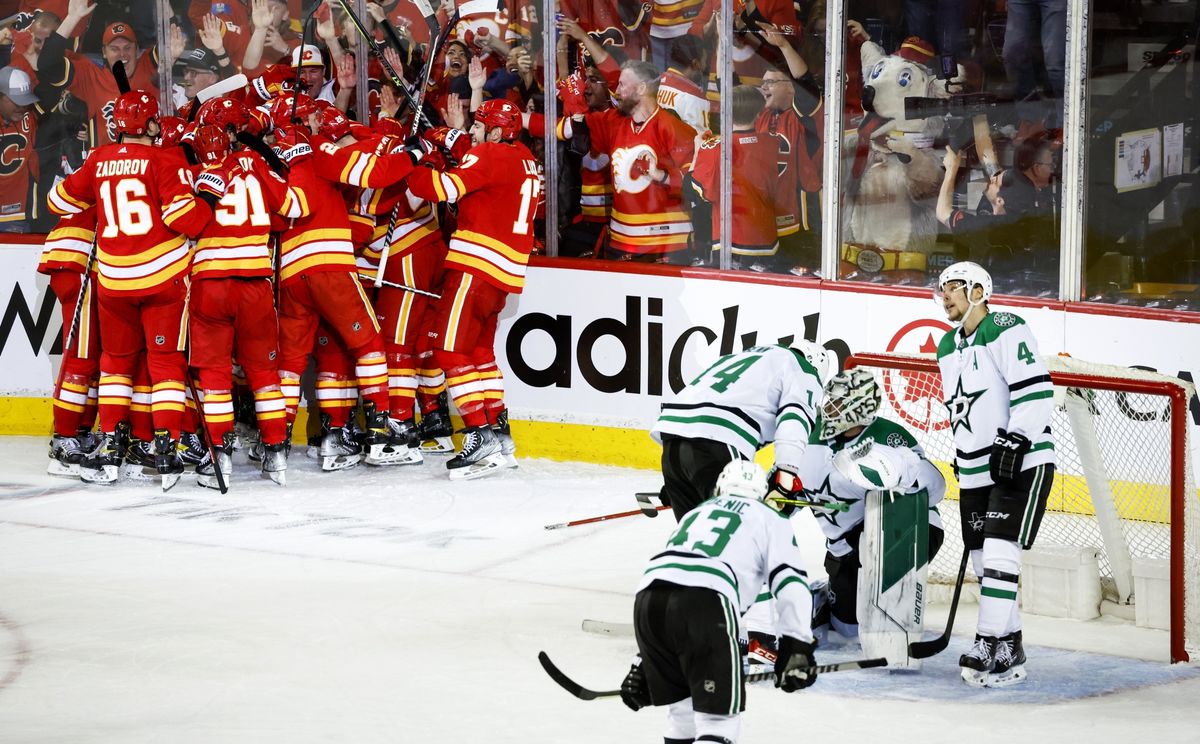 Gaudreau got a rebound and put a sharp-angled shot over Jake Oettinger, who made 64 saves for Dallas — a franchise record for the most stops in a Game 7.

The Flames will face the Edmonton Oilers in the Western Conference’s semifinal in the first postseason Battle of Alberta since 1991. The series opens Wednesday in Calgary.

Tyler Toffoli and Matthew Tkachuk scored their first goals of the series for the Flames. Jacob Markstrom stopped 26 shots and had an assist in the win.

Jamie Benn and Vladislav Namestnikov scored for the Stars.

After reaching the Stanley Cup Final in 2004, when Calgary fell in seven games to the Tampa Bay Lightning — 2005 was a lockout year — the Flames didn’t win another playoff series until 2015, when Calgary was knocked out in the second round by Anaheim.