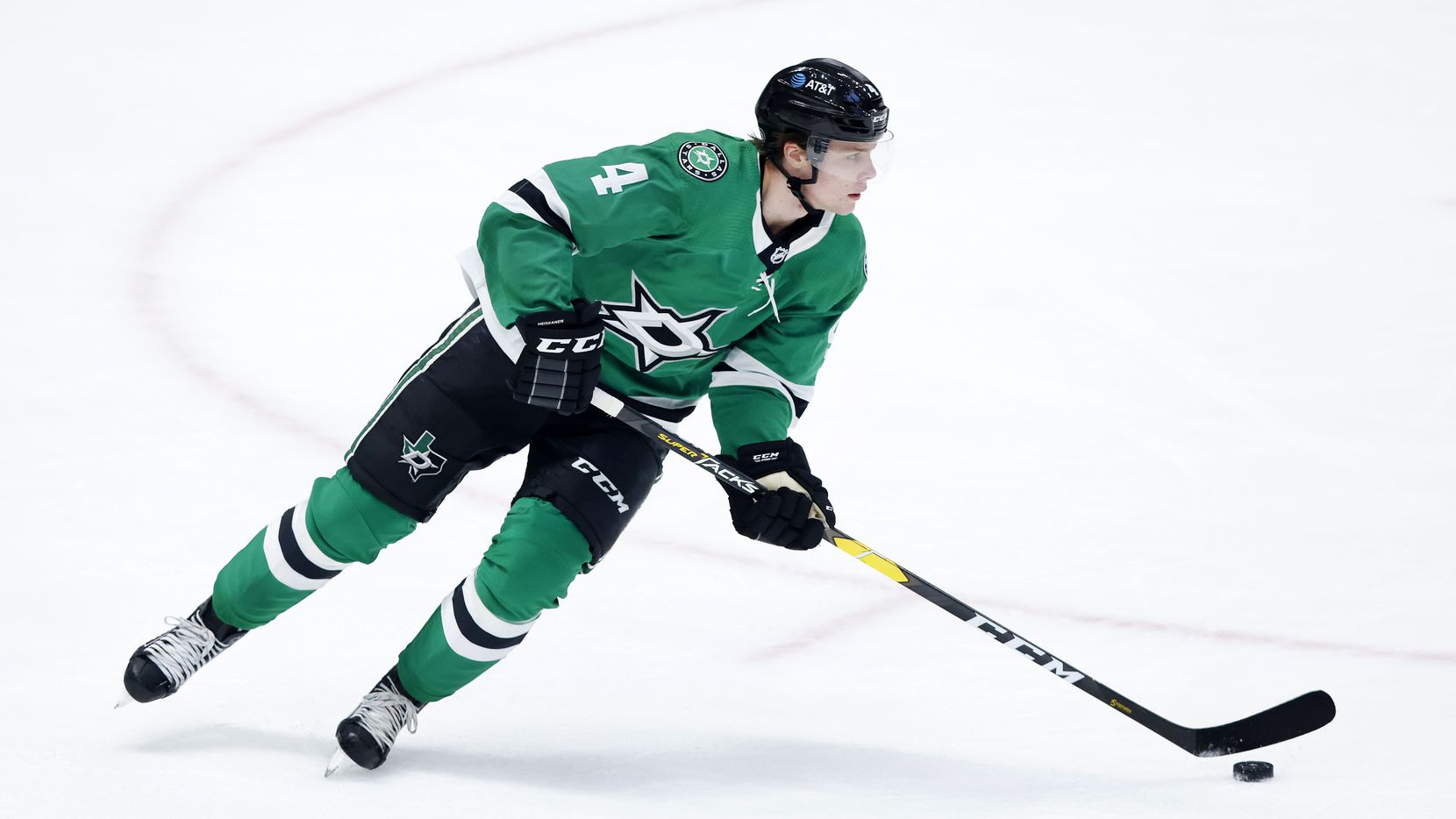 ANAHEIM, Calif. — After almost a month, Miro Heiskanen returned to the Stars lineup Tuesday night in Anaheim, helping the Stars to a 3-2 win over the Ducks.

On Tuesday, he had two shot attempts in his 19:56 of ice time while primarily playing with Ryan Suter.

Heiskanen had not played since March 2 due to mononucleosis, missing 11 games. He began skating last week, and joined the Stars for their four-game road trip on the west coast that begins against the Ducks on Tuesday.

“Feeling really good right now,” Heiskanen said before the game. “Ready to go back. It’s great to be back with the boys and ready to play again.”

Heiskanen said he is 100% and is “feeling fresh right now” after mono limited his ability to do much at the start of the month. He said he had a fever for about a week and he “had to stay at home and just rest, so that kind of sucks.”

“It was a little bit of s surprise, but right now, it’s gone, so I am happy about it,” Heiskanen said.

Heiskanen re-joined the team for morning skate before Saturday’s game against Vancouver, and then practiced Monday afternoon in Anaheim.

“The first couple of days, he was working out on the bike and skating, he wasn’t feeling good later in the day and that night,” Bowness said. “[Monday], he told me he felt fine.”

Heiskanen leads the Stars by averaging 24:46 of ice time per game, but Bowness said the target for his return on Tuesday was about 15-17 minutes. The Stars ended up about three minutes over that target.

Heiskanen’s 19:56 was still the least he’s played since the season opener last year, a 7-0 blowout win over Nashville.

“He probably wanted to play more,” Bowness said. “We were holding him back. It was a couple minutes more than we wanted, but he kept telling us ‘I feel great. I feel great.’ He wanted more ice time. We’ve been told to watch the minutes, so we went a couple minutes over.”

Before the Game, Bowness said that the medical staff explained that “if you overdo it, there’s a danger of having a setback.” Heiskanen will not participate during Wednesday’s practice in Anaheim, Bowness said, but will receive an uptick in minutes Thursday against the Ducks.

As Heiskanen returned to the lineup, Thomas Harley came out.

“He’s dominant factor in the outcome of any game, and you miss him,” Bowness said. “We were able to keep our head above water, we were able to stay in the hunt. … You sit there in dressing room and you’re sitting looking at Miro Heiskanen, you’re feeling pretty good about chances.”

Heiskanen should help the Stars in a number of different areas: breakouts, rush offense and on the power play.

“You saw what he can do with the puck,” Bowness said. “You saw he just gets the puck and skates us out of trouble. A lot less time in our zone when he’s on the ice. Listen, he’s an elite player.”

No other changes: The Stars forward lines were the same as they were against Vancouver on Saturday.

“We generated 22 scoring chances against Vancouver and all four lines were generating chances,” Bowness said. “Some nights, one line’s not generating anything, so you don’t give them as much ice time. But every line the other night, the stats show it, was creating offense. The puck just didn’t go in the net for us.”

Jake Oettinger started for the Stars.