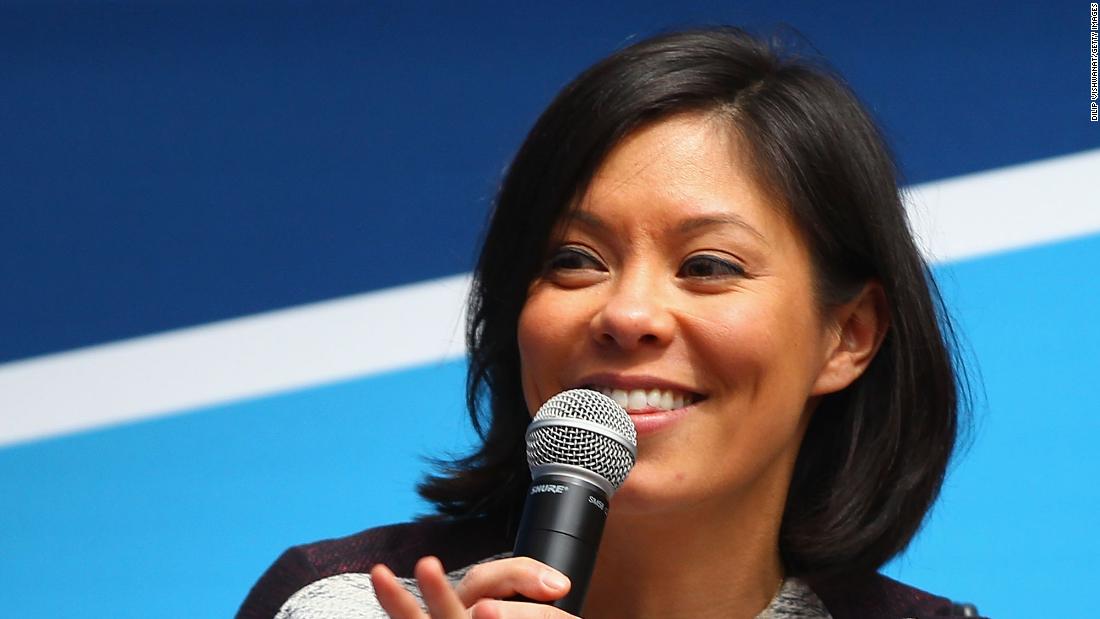 NEW YORK — Alex Wagner knows her new prime-time perch on MSNBC is an unorthodox arrangement. But she’s determined to make the most of it.

On Tuesday, she takes over the prized 9 p.m. Eastern weeknight time slot that MSNBC’s star anchor Rachel Maddow has held. Maddow will still helm the time slot on Monday nights, and the rest of the week will be devoted to “Alex Wagner Tonight.”

It’s part of Maddow’s new deal with NBC News that keeps her with the network to produce things like podcasts and books, while stepping away from the daily grind of a show that began in 2008.

“A lot of people watch Rachel Maddow,” Wagner said, “and hopefully many of those same people will come out and watch the rest of the week.”

Wagner had her own daytime show at MSNBC in the early 2010s. She left the network when that ended in 2015, worked at CBS News and was in the cast of Showtime’s political show “The Circus” for four seasons. She rejoined MSNBC in February and, four months later, network President Rashida Jones selected her for the prime-time job.

At the start, Wagner is working with much of Maddow’s staff. She said she hopes Maddow will appear on “Alex Wagner Tonight” if there’s a topic she’s an expert on, and vice versa. She takes inspiration from Maddow’s investigative rigor. Don’t expect lengthy, complex opening monologues, though.

“Rachel is incomparable and woe to anybody who tries to duplicate what she does,” Wagner said. “Because that’s an impossibility. I would never try.”

Wagner spoke by telephone last week from Florida, itself a hint of one way she plans to make the hour her own. She was there on a reporting mission, the details of which she promised would become clear this week, part of her plan to bring more out-of-studio stories to the mix. Her work on “The Circus” taught her the value of getting out of the studio to report, she said.

The one-time editor of The Fader, a music magazine, also hopes for an expanded focus beyond the politics that dominates cable talk shows much of the time.

“We’re always going to make sure our audience understands what’s happening in the world and our country that day, but I hope that we can widen the lens a little bit in terms of voices and, to some degree, stories that we cover,” she said.

By getting Wagner’s show started now, MSNBC has beaten CNN in settling on its future plans for the time slot. CNN still hasn’t named a permanent successor to Chris Cuomo at 9 p.m., since he was fired last December.

July’s ratings lay out the challenge before Wagner. Maddow reached an average of 2.4 million viewers on Mondays last month, the Nielsen company said. For the other four weeknights, MSNBC averaged 1.4 million in the time slot.

Expecting Wagner to quickly achieve the same numbers as MSNBC’s favorite personality is unfair. How close she needs to come, and how much time she’ll be given are questions only MSNBC executives can answer. Jones was not made available for an interview.

“They hope that they’ll be able to turn her into a star,” said Mark Feldstein, professor of broadcasting at the University of Maryland. “This is a big void with Rachel stepping back, and Wagner has the star power to do it. It’s kind of surprising to me that she isn’t one already, since she’s smart and very good on television.”

For MSNBC, there’s no motivation in raising expectations too high, he said.

The show will be an evolution, Wagner said, “and I’m lucky enough to have the support of NBC as we try and evolve the hour to something that is reflective of my strengths as a journalist.”

Before Wagner was given the job, there was speculation on whether MSNBC was considering bringing back Keith Olbermann, whose “Countdown” show was a hit on the network in the 2000s.

Olbermann revealed a series of email messages over two years between him and Jeff Shell, CEO of NBCUniversal, about that possibility. Depending on how you read the messages, Shell was either expressing genuine interest in the idea or stringing Olbermann along.

Olbermann said he believes the former, and that he wasted two years considering the possibility. This summer, he began a nightly “Countdown” podcast on Apple.

“If Jeff Shell was really not interested, he should have said so,” Olbermann said. “I would have taken no offense.”

MSNBC, through a spokesperson, said there was never any serious consideration of Olbermann returning.

For her part, Wagner said the time couldn’t be more urgent to have a prime-time platform discussing the news.

“I couldn’t be more excited,” she said. “I also feel incredibly lucky. And I’m going to work really hard to live up to the privilege of being able to anchor the 9 p.m. hour.”