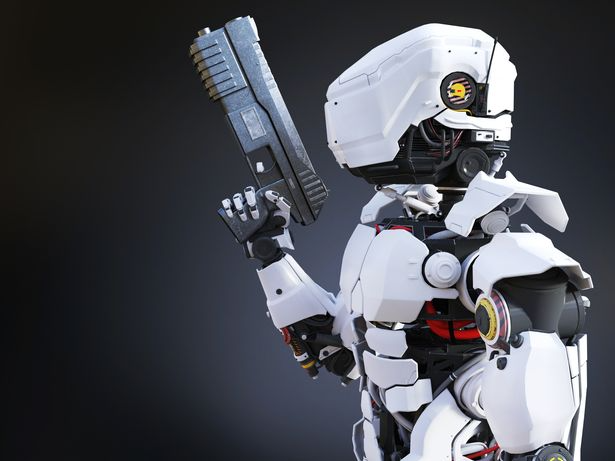 The San Francisco Police Department (SFPD) is proposing to use Robot cops or Robocops  to kill suspects in ‘rare’ circumstances – with the force’s 12 bots set to assist officers with deadly force and ‘ground support’.

The plan moves us one step closer to the futuristic officers made infamous by the 1987 science fiction thriller Robocop.

The draft policy, which defines how the SFPD is allowed to use its military-style weapons, is heading for vote by the city and county’s Board of Supervisors next week, according to Mission Local. A version of this draft policy was unanimously accepted by the rules committee last week and will come before the full board on November 29.

It previously received pushback from some members concerning its language on robot force. Aaron Peskin, chair of the Board of Supervisors Rules Committee, previously tried to curb the extent of the policy by inserting the sentence, “Robots shall not be used as a Use of Force against any person.”

“Robots will only be used as a deadly force option when risk of loss of life to members of the public or officers is imminent, and outweigh any other force option available to SFPD,” the proposal read.

Advocates and lawyers who opposed the militarization of police said that they are less convinced that the policy should be green lit.

‘We are living in a dystopian future, where we debate whether the police may use robots to execute citizens without a trial, jury, or judge,’ said Tifanei Moyer, senior staff attorney at the Lawyers’ Committee for Civil Rights of the San Francisco Bay Area.

Moyer leads the organization’s work on police misconduct and militarization.

‘This is not normal, no legal professional or ordinary resident should carry on as if it is normal,’ she added.

Can a robot work as a cop?

The primary distinction between a police robot and a service robot, for example, is the mission that they are trained to perform. Law enforcement and government organisations deploy police robots trained to execute traffic stops based on driving patterns, detect criminals, and even prevent fraud.

What exactly does Robocops do?

Robocop’s primary mission is to combat crime and attempt to create a robotic police force to fight crime.