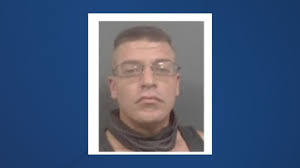 The Florida Department of Law Enforcement has issued a Florida Blue Alert for a man suspected of injuring a Taylor County sheriff’s deputy according to a TCSO spokesperson.

A Blue Alert was issued shortly after 11:30 p.m. It asks the public to help find Gregory Ryan Miedema, 33. He was last seen on US 19 near Deer Run Road, about 25 miles south of Perry.

According to FHP, the deputy was shot more than once, and was life-flighted with life-threatening injuries, according to Florida Highway Patrol spokesperson. FHP is also working on the case.

Initially, TCSO told the agency is working to determine the extent of the injury.

The incident happened six miles south of Salem, Fla., in the southern part of the county.

According to the Florida Blue Alert, he may be traveling in a 2000, gold Chrystler Sebring, Fl tag number Y78TKU. If seen citizens are told not to approach and call 911.