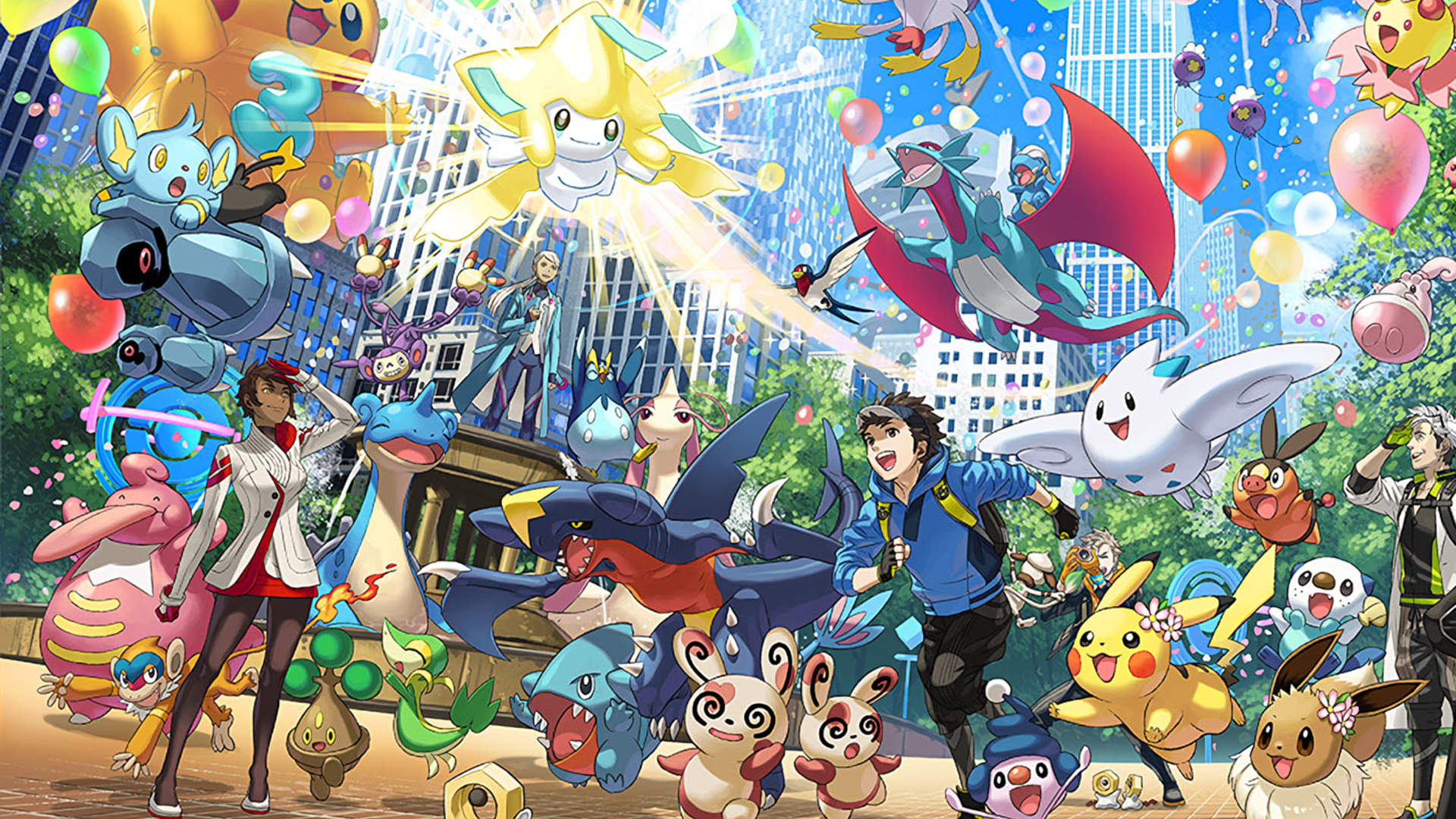 The latest Pokemon Presents was jam-packed with new details about Pokemon Scarlet, Violet, Unite, and Go.

The latest Pokemon Presents showcased a smorgasbord of new information about the entire Pokemon franchise, including upcoming upcoming Scarlet and Violet, as well as the ongoing and still-popular Pokemon Unite and Pokemon Go. There was even a brief appearance from Pokemon Cafe Mix, Pokemon  where it was confirmed that Mewtwo is really into tapas.

Here’s everything major revealed during the show.

One of the first major announcements of the Pokemon Presents was that Ultra Beast Pokemon, which first debuted in the Moon/Sun series, will be arriving in Pokemon Go in late August, during the Go Fest Finale event.

Nihilego, Pheromosa, Buzzwole, and Xurkitree will be the first beasts to arrive.

Brand new Pokemon are coming to Unite in future, including Ultra Beast Buzzwole, Glaceon and Tyranitar. A second wave of new friends is planned to launch from September, and this will also include three new Pokemon.

In addition, the Pokemon Presents revealed a new quick battle type known as ‘Pika Party’. When you’re in a Pika Party, all characters are Pikachu, including allies and enemies. It all looks very cute.

In addition to this announcement, it was also revealed that lesser-loved mobile title Pokemon Masters EX will be getting a trainer lodge in its third-anniversary update.

Mewtwo is joining Pokemon Cafe Remix, with a preference for ‘small plates’ and a need to be fed quick-smart. If he’s satisfied with your performance, he can join your staff behind the counter.

The biggest portion of the Pokemon Presents was dedicated to upcoming adventures Scarlet and Violet – and there was a lot of news for these games. These were the major reveals:

The new land of Scarlet and Violet was named Paldea.
Legendary Pokemon Koraidon and Miraidon were revealed as rideable. They can traverse land, sea and sky, and their bodies turn into motorbikes when they’re on land. It appears you’ll have access to these creatures from early in the game.
New Pokemon were revealed, including Fidough, a bread Pokemon that resembles a dog, Cetitan, a towering, spiky beast, and Wooper (Paldean Form), a regional variant that appears to be a mud type.
It was also revealed that Pokemon will be able to undertake a process known as Terastallization, which makes them shine like gems. This flashy move increases Pokemon power and turns them into Swarovski-like crystals with themed head adornments. Some Pokemon will change type with this change.
New characters were revealed, including Grusha, the ice-type gym leader, Mr Clavell, the director of the academy you attend, Mr Jacq, your home room teacher, Arven, an upperclassman and great cook, and Penny, a shy student in your class.

The game’s structure was also detailed. It will revolve around completing eight gym challenges, as in standard Pokemon games, but it appears you’ll be able to travel as you wish, and tackle gyms in whatever order strikes your fancy. There’s a focus on open world-style exploration and freedom in the game.
Two ‘other’ stories will also be available in the game. During the Pokemon Presents, these were not explained, but the narrator indicated there would secrets hiding in other story elements that exist outside of the normal gym battles.

You can catch up with the entire Pokemon Presents here, or dive deeper into Scarlet and Violet with our official explainer.

Leah J. Williams is a gaming and entertainment journalist who’s spent years writing about the games industry, her love for The Sims 2 on Nintendo DS and every piece of weird history she knows. You can find her tweeting @legenette most days.