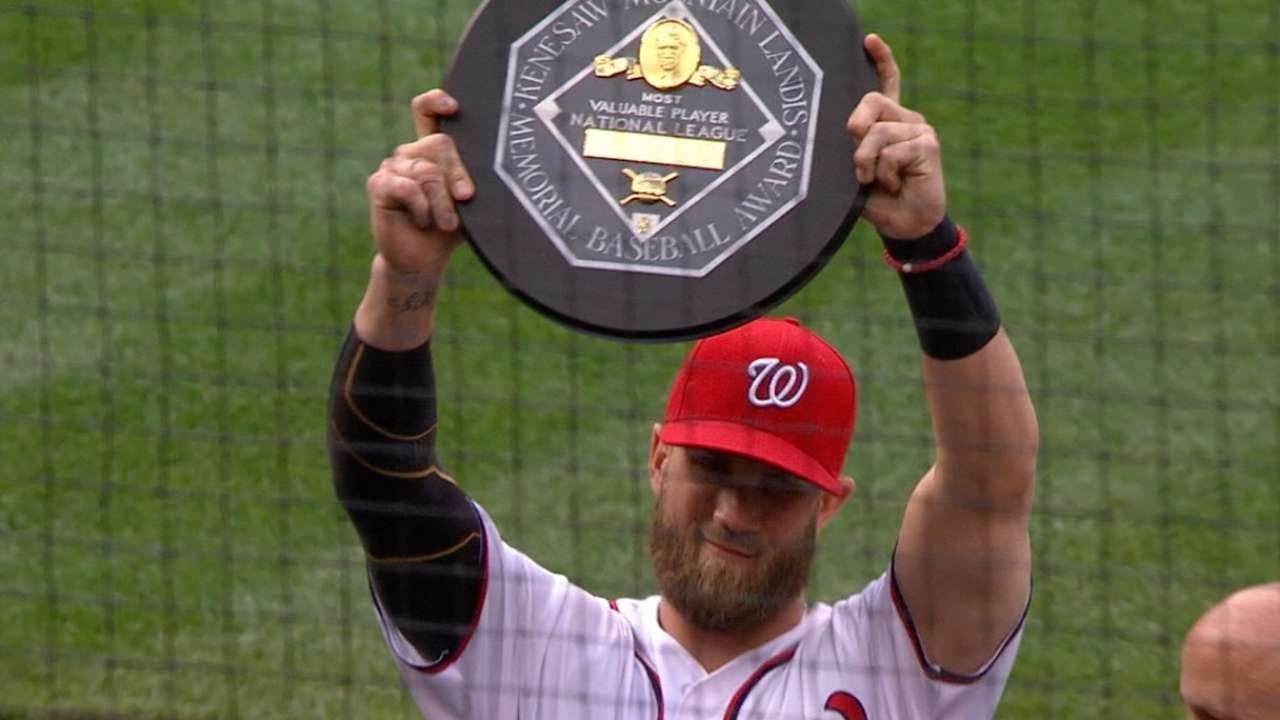 It’s hard to imagine the Phillies even being in playoff contention this month without Bryce Harper. They lead the majors in blown saves, their catcher has a sore shoulder, they use a cast of relievers instead of a fifth starter, their everyday lineup often includes four hitters who are league-average or worse, and their second-highest home run hitter has been out for the season for nearly a month.

“He’s a big reason why we’ve hung around,” manager Joe Girardi said before Thursday’s series finale with the Cubs. “Just because of the season that he’s had and the last two-and-a-half months, whatever he’s done. It’s been incredible to watch.”

Harper leads the majors in OPS (1.038) and is the eighth best by a Phillies player since 1900 and the 26th highest mark by any player in the last 15 years. Harper has pushed himself into the MVP conversation with a historic season.

It would be no fault to Harper, but it would feel a bit empty or wasted if his strong season did not end in the postseason.

“I don’t ever think about it like we don’t want to waste someone’s season. Because we’re all involved in this, right? And the game is always, to me, about our team,” Girardi said.

Harper’s OPS+ – which takes a player’s OPS and normalizes it across the entire league – is the third highest by a Phillies’ player since 1900 and the best since Mike Schmidt in 1981. Harper entered Thursday hitting .346 with a 1.219 OPS and 17 homers in 56 games since the All-Star break as he turned it on just when the rest of the lineup began to fade.

“Bryce is having an MVP season,” Freddy Galvis said.

Harper joins San Diego’s Fernando Tatis Jr., Los Angeles’ Max Muncy, Washington’s Juan Soto, and Atlanta’s Freddie Freeman as five of the favorites for the MVP Award, which he last won in 2015 with Washington. His stats are worthy of the award but a close voting may be decided by the team’s ability to reach the postseason. It’s worth noting that the Nationals missed the playoffs in 2015.

Harper has pushed the Phillies into contention but he’ll need some help to get to the finish line. And it might be what decides if he’s the MVP.

“It’s hard to define what is the ‘most valuable’ player at times. But somehow they figure it out. They iron it out at the end of the year.”

Vince Velasquez will pitch this weekend in a playoff race, but it won’t be with the Phillies.

He signed a minor-league deal on Wednesday with San Diego and will start Friday against the Cardinals. Jake Arrieta, who has a 8.25 ERA in three starts with the Padres, will start Sunday. The Phillies trail both San Diego and St. Louis in the wild-card standings so their former pitchers will be pitching key games this weekend.

“I didn’t really think of it that way,” Girardi said when asked if it was ironic that Velasquez would be pitching a game that factors into the Phillies’ playoff picture. “I’m happy he’s getting an opportunity to pitch again, for him. But I really didn’t think about that.”

Zack Wheeler will start Friday’s series opener in Queens vs. Mets right-hander Taijuan Walker. Aaron Nola will face right-hander Carlos Carrasco on Saturday and Kyle Gibson will start the series finale against left-hander Rich Hall on ESPN’s Sunday Night Baseball. … Wednesday’s 6-5 win was the first time the Phillies won on a walk-off passed ball since August 3, 2005 when Jimmy Rollins scored in the ninth inning to beat the Cubs, the same team the Phillies topped Wednesday.