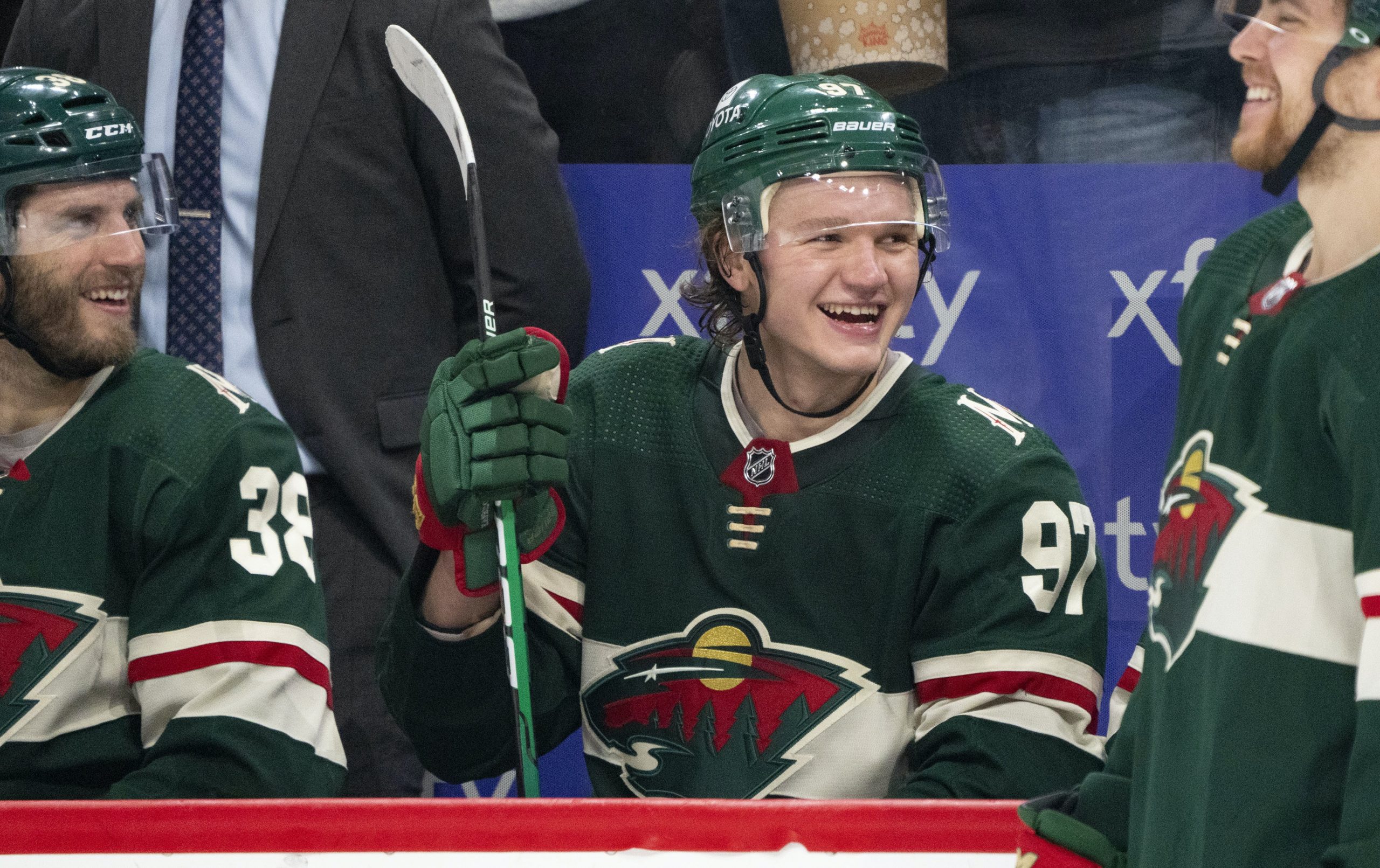 The pair are first and second in team scoring and have set franchise records before the end of the regular season.

Through the first month of the season, 14 of his teammates had scored at least once while Kaprizov was stuck on zero.

Kevin Fiala had a similar debut, with just three goals in his first 25 games. He ranked seventh on the team in scoring at that point.

But look at them now.

Kaprizov eclipsed 100 points on Friday, becoming the first player to do so in Wild history, and a franchise-record five-assist effort by Fiala that same night in a 6-3 victory against the Kraken moved him over the 80-point threshold and into second place on the team in scoring behind only Kaprizov.

“I had a bad start, obviously,” Fiala said earlier this month. “Everybody knows it, and I know it as well. But it’s far, far away.”

Not only have Kaprizov and Fiala been offensive leaders for the Wild, they’ve also been among the most productive in the NHL over the last month-plus.

During a 16-1-3 blitz by the Wild that began on March 16, Kaprizov and Fiala ranked in the top-10 in league scoring.

“I want to continue to keep this momentum going, continue to progress and get better,” Kaprizov said in Russian through a translator. “Early in the season, there were a couple of games where I wasn’t producing and thank God the team was still winning and the rest of the team was playing well.

“We have playoffs coming up, and it’s about getting better every single game and continuing this momentum.”

Lineup shuffle
Joseph Cramarossa made his season debut with the Wild on Sunday against the Predators after the team called him up from the minors on Saturday.

Cramarossa played alongside Joel Eriksson Ek and Connor Dewar, with Nick Bjugstad taking Mats Zuccarello’s spot next to Ryan Hartman and Kaprizov. Alex Goligoski was back in the lineup on defense, and the Wild scratched Jordie Benn. Marc-Andre Fleury was in net, the first time he’s made back-to-back starts since joining the team.

Foligno is projected to return on Tuesday vs. the Coyotes.

As for the team’s injured players, coach Dean Evason said he expects them to play at least once before the playoffs.

“If it doesn’t happen, obviously then it doesn’t,” Evason said. “We feel the guys that are out, we know what they do. They know how to play. They know where they’re going to play and all that. So, it’s not that crucial that we get them in before we start the playoffs. But it certainly would be nice to have our group together for one or more games.”

Home sweet home
The Wild will close out the regular season with a three-game homestand beginning Tuesday.

With one more win in St. Paul, the Wild will set a franchise record. The team’s 29 victories at Xcel Energy Center are tied for the most in team history with the 2006-07 season. Already, the Wild has the most home goals in a season at 158 after surpassing the 137 scored in 2016-17.