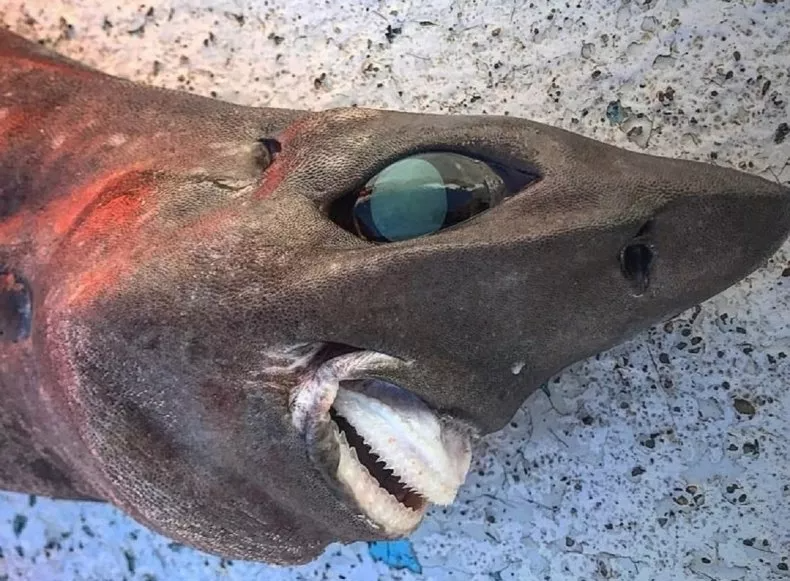 The underwater world is mysterious and often posts related to it on social media show that perfectly. A few days ago a ‘blue-goo’ like creature in the Atlantic Ocean baffled scientists. And, now a prehistoric-looking shark is leaving people stunned.

An Australian fisherman Trapman Bermagui posted the image on Facebook with a simple caption. “The face of a deep sea rough skin shark. All the way from 650m,” he wrote. The picture shows a dark coloured shark with bulging pale blue eyes and sharp set of teeth.

“It’s a rough skin shark, also known as a species of endeavor dog shark. These sharks are common in depths greater than 600 meters. We catch them in the wintertime usually,” Bermagui told Newsweek.

Associate director of research at the Florida State University Coastal and Marine Laboratory, Dean Grubbs, also shared the same information as Bermagui. He told Newsweek that the species appeared to be Centroscymnus owstonii or rough skin dogfish, as they are commonly known.

Since being shared, the post has gathered over 1,500 reactions. The share has also gathered several comments. “Looks like Chum off Finding Nemo,” posted a Facebook user referencing an animated film. “Looks very prehistoric,” commented another. “My daughter said it looks like a rock carving,” posted a third. “The deep sea is another planet down there. wild looking creatures,” wrote a fourth.