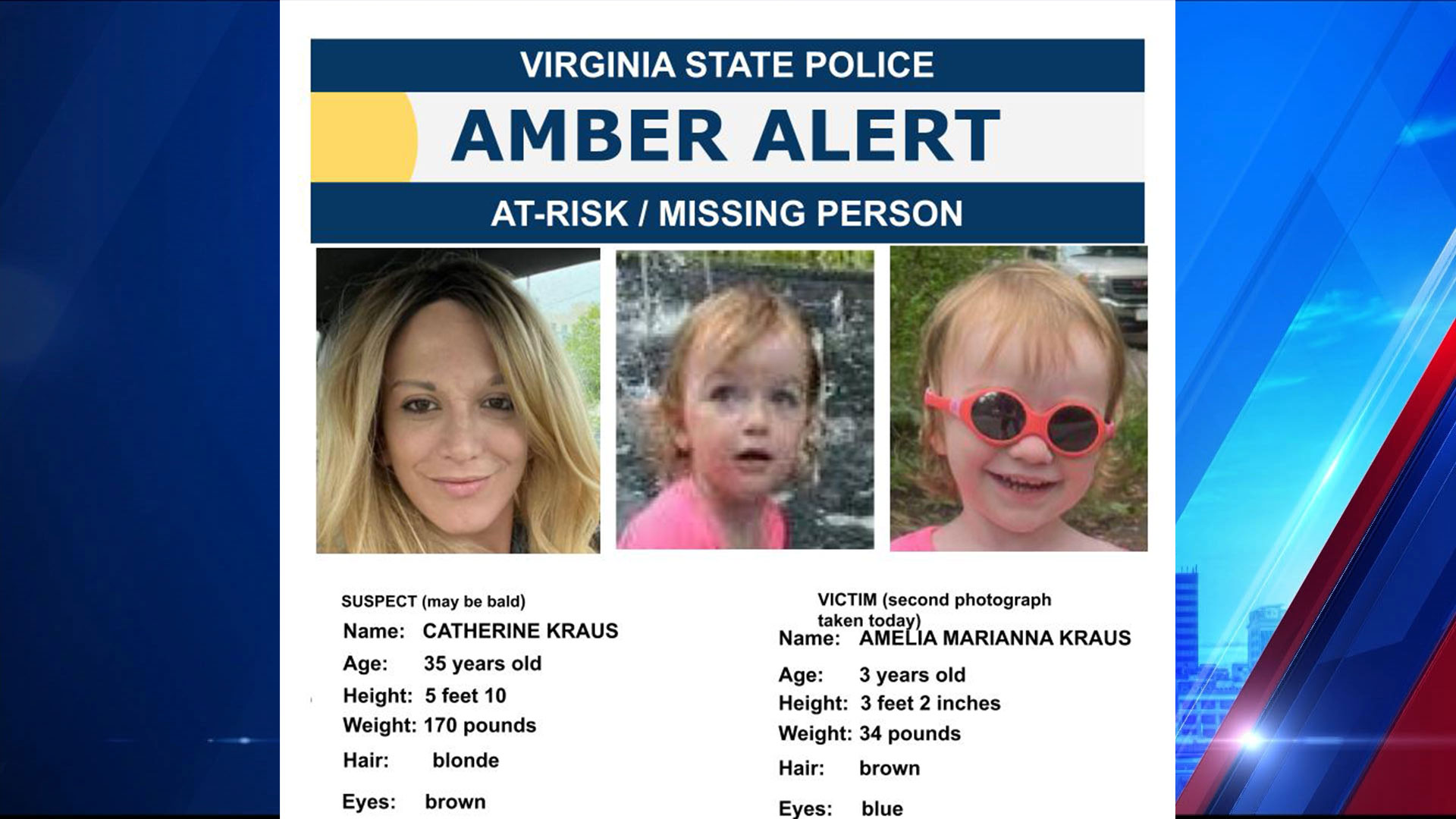 An Amber Alert issued in Fairfax County has been canceled after a 3-year-old girl abducted by her non-custodial mother was found safe in West Virginia, police said early Wednesday.

Fairfax police told News that Catherine Kraus is Amelia’s mother. Maryland State Police said that Kraus does not have custody of the girl.

Fairfax County police said Catherine Kraus is in custody and charges are pending, including a felony abduction warrant issued earlier in the day.

Police had said she was in “extreme danger.”

The girl was last seen just before 4:30 p.m. at a home on the 7700 block of Tauxemont Road in Alexandria, Virginia, police said. They believe her mother, who does not have custody of her, entered the home and took her.